Lauren Yankee bought a motorcycle during the pandemic lockdown. Mom said she got that bug from her father, and she worried every time (...) 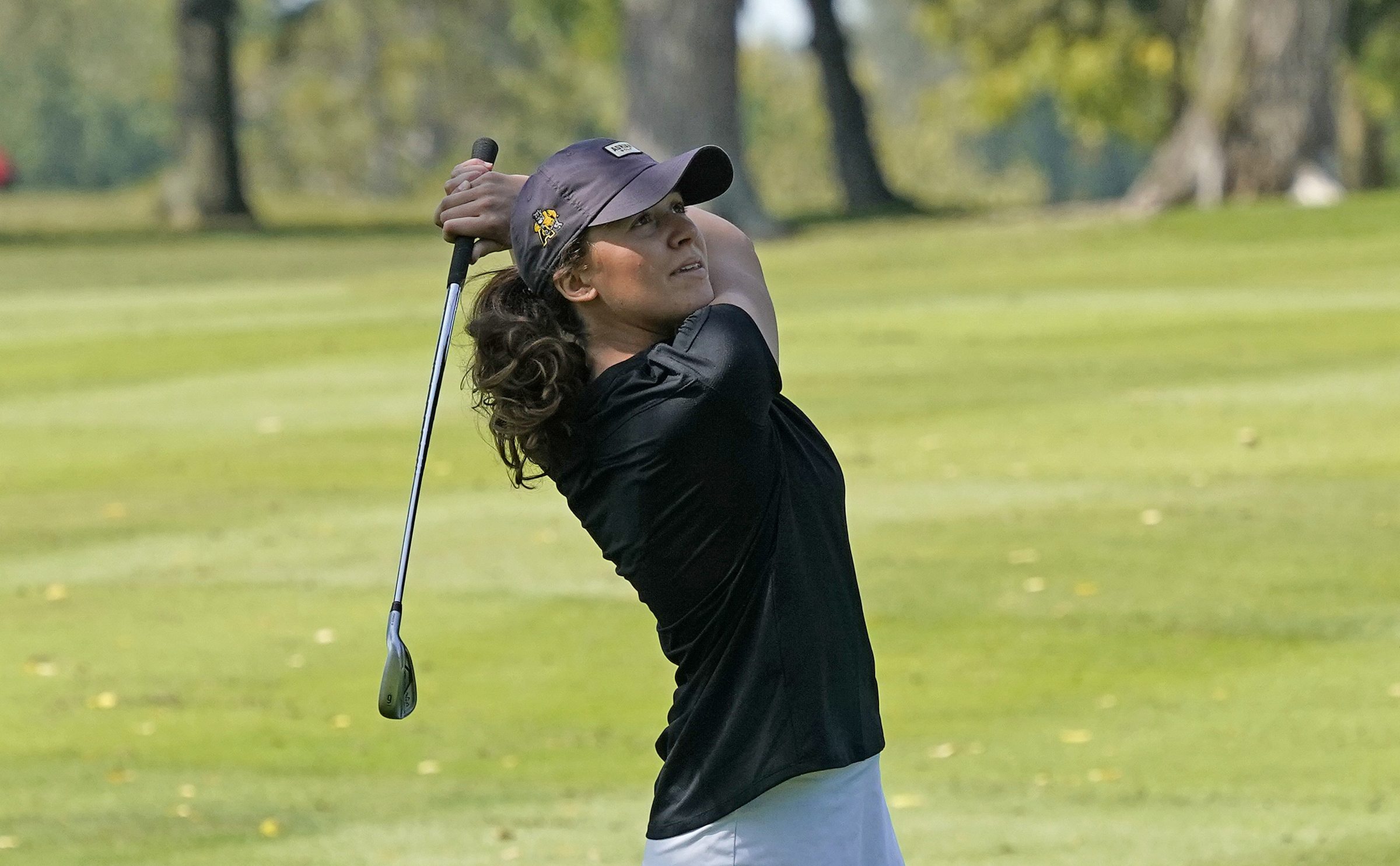 Lauren Yankee bought a motorcycle during the pandemic lockdown. Mom said she got that bug from her father, and she worried every time Lauren left the house. Looking back now, Cari Yankee’s heart swells at the memory of how happy that bike made her eldest daughter, how she’d come back beaming from a long ride in the Michigan countryside.

Lauren always did have an adventurous, fearless spirit. She loved to rock climb and ride dirt bikes and hike with friends.

On Dec. 29, while on a trip down to Florida with her high school sweetheart, Lauren stopped breathing in a Valdosta, Georgia, hotel room. Boyfriend Travis Durant called 9-1-1 and started doing chest compressions.

Doctors say it was a sudden heart arrhythmia. She was 20 years old.

The family donated her organs, as Lauren wished. A team of surgeons from all over the country came to help turn one family’s tragedy into another family’s life-saving hope. 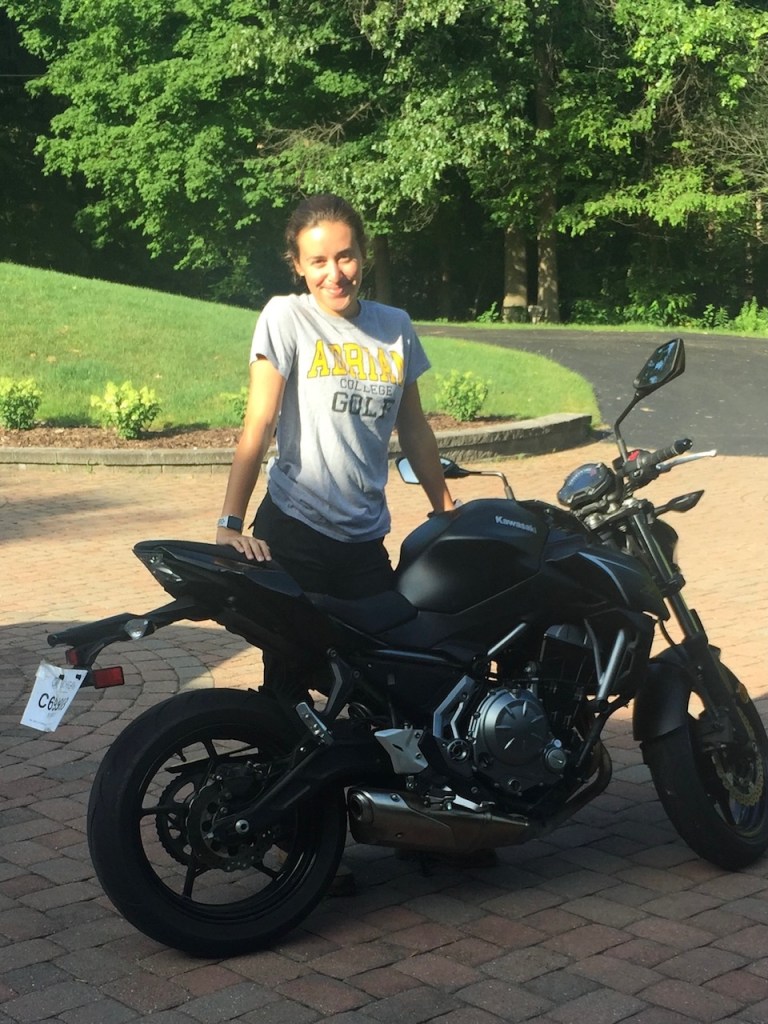 On Thursday, the Adrian College golf team piled into the school van to make the 1 hour, 45-minute drive to Pontiac, Michigan, to say goodbye to their teammate. Due to COVID-19 protocols, they hadn’t been together that much lately, and the chance to grieve alongside each other and share memories proved a natural salve. They’ll wear buttons in her memory this spring and several players have penned Yankee’s initials on their shoes.

Whereas Scott takes the game seriously, even her superstitions, Lauren put the emphasis on fun. Senior Hannah McKee called her roommate “low-key competitive.”

Lauren was the neat freak who liked to watch do-it-yourself home renovation shows and drink caramel macchiatos. She mostly kept to a strict diet, eschewing fast food and “pop” for the salad bar. 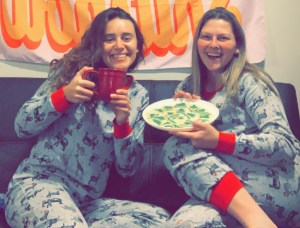 McKee reports that Lauren did, however, have a soft spot for cheese curds and ice cream.

Because the teammates shared each other’s locations on their phones, Hannah saw that Lauren had checked into a Georgia hospital. After several hours passed without a reply to her worried texts, she reached out to Durant.

It snowed on Christmas Day in Oxford, Michigan, and Lauren took the twins sledding in the family yard. Avery likes to put on Lauren’s college sweatshirt so that she still feels close.

“I see a little bit of Lauren in every one of them,” said Cari.

Durant, now a student at Eastern Michigan, started dating Lauren in the ninth grade. Cari called them “perfect soulmates” and felt like Travis was the son she never had. 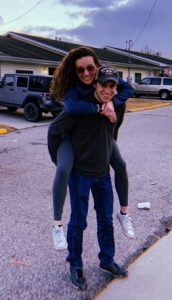 “He’s actually out fishing with the girls now,” said Cari of Lake Metamora, which their house overlooks. Lauren used to take her yoga mat outside by the lake to teach her sisters the poses she had learned in college.

Adrian is a small, liberal arts school in southeastern Michigan with a student population of about 1,700. More than 60 percent of the students at Adrian play collegiate sports at the D-III level. No walk on the intimate campus takes more five minutes.

Lauren first made the lineup at Adrian as a freshman and remained there as a staple for the Bulldogs. Head men’s and women’s coach Ryan Williams said Lauren had really hit her stride this past fall and was the kind of player who mostly led by example.

“She was someone of few words,” said Williams, “but when she did speak, it was meaningful.”

Last year Lauren changed her major from pre-med to art, and everyone noticed an immediate change. She’d always loved art, but in recent months, Cari said, her painting skills had exploded. 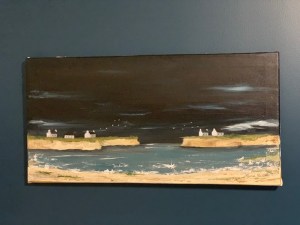 In the first art class Lauren took at Adrian, she sketched a portrait of her New Balance shoe. Lauren always did have a strong shoe game, said Scott. They kept a gallery wall in their dorm room as underclassmen and Scott, who kept the picture, could’ve never imagined how much a sketch of a shoe would come to mean to her.

Last year, Weston and McKee wanted to get matching tattoos, and since Lauren wasn’t really into tattoos, they asked her to design it. The teammates never did get those butterfly tattoos, but it would be so much more meaningful now. 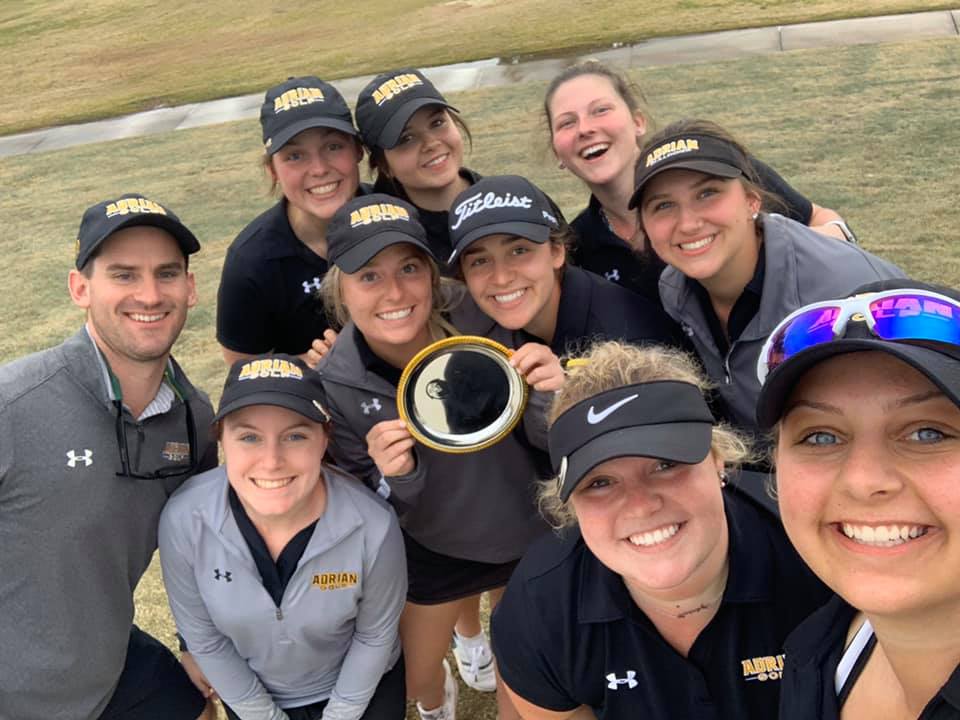 “I’ve always said I absolutely admired her,” said Weston. “I think she was probably the most wholesome person, just pure and genuine.”

The Yankee family struggles to believe it’s real, thinking Lauren will walk through the door any minute. All of her children, Cari said, are grieving in different ways. The foursome of sisters would often go to Lauren first for advice. One silver lining of so much coming to a halt last year due to the pandemic is that the Yankees got an unexpected amount of bonus time at home with Lauren.

“Lilly said to me that she didn’t really want to be the big sister,” said Cari. “I said you don’t have to be. You’ll always have a big sister who will be looking after you.” 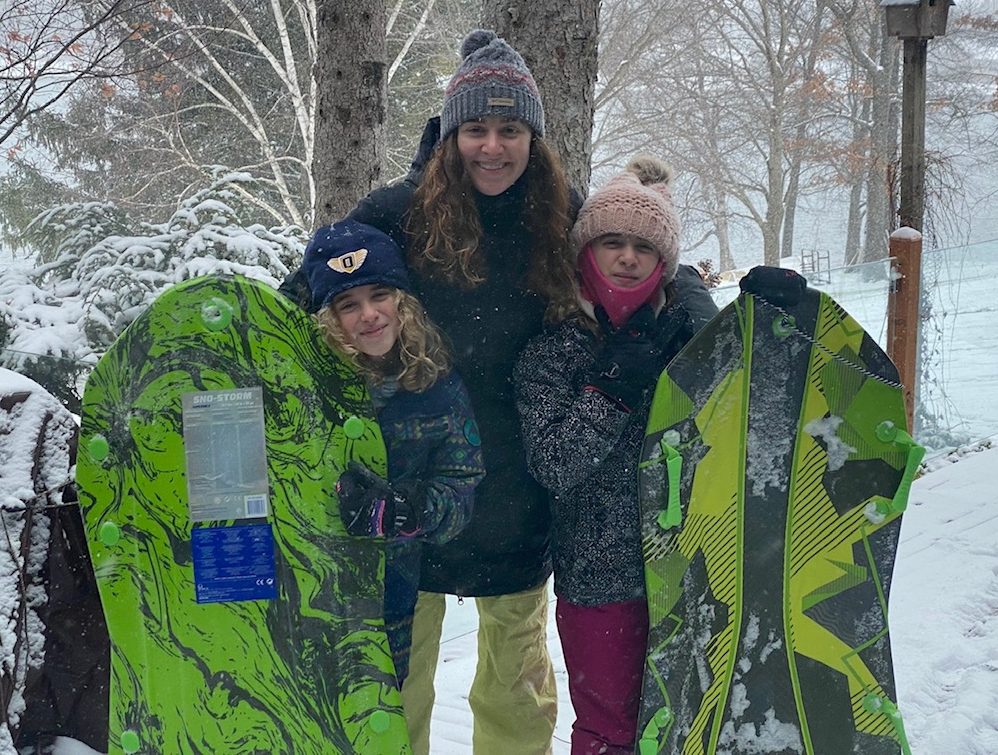 With COVID-19 behind him, Webb Simpson back at full strength, in contention at Sony...

Tiger Woods back in action at Sherwood Country Club for...

Need a laugh? Check out these funny and informative golf...