Moments earlier, US President-Elect Joe Biden announced his new team of staff - something Mr Trump failed to acknowledge during the traditional ceremony in the Rose Garden. 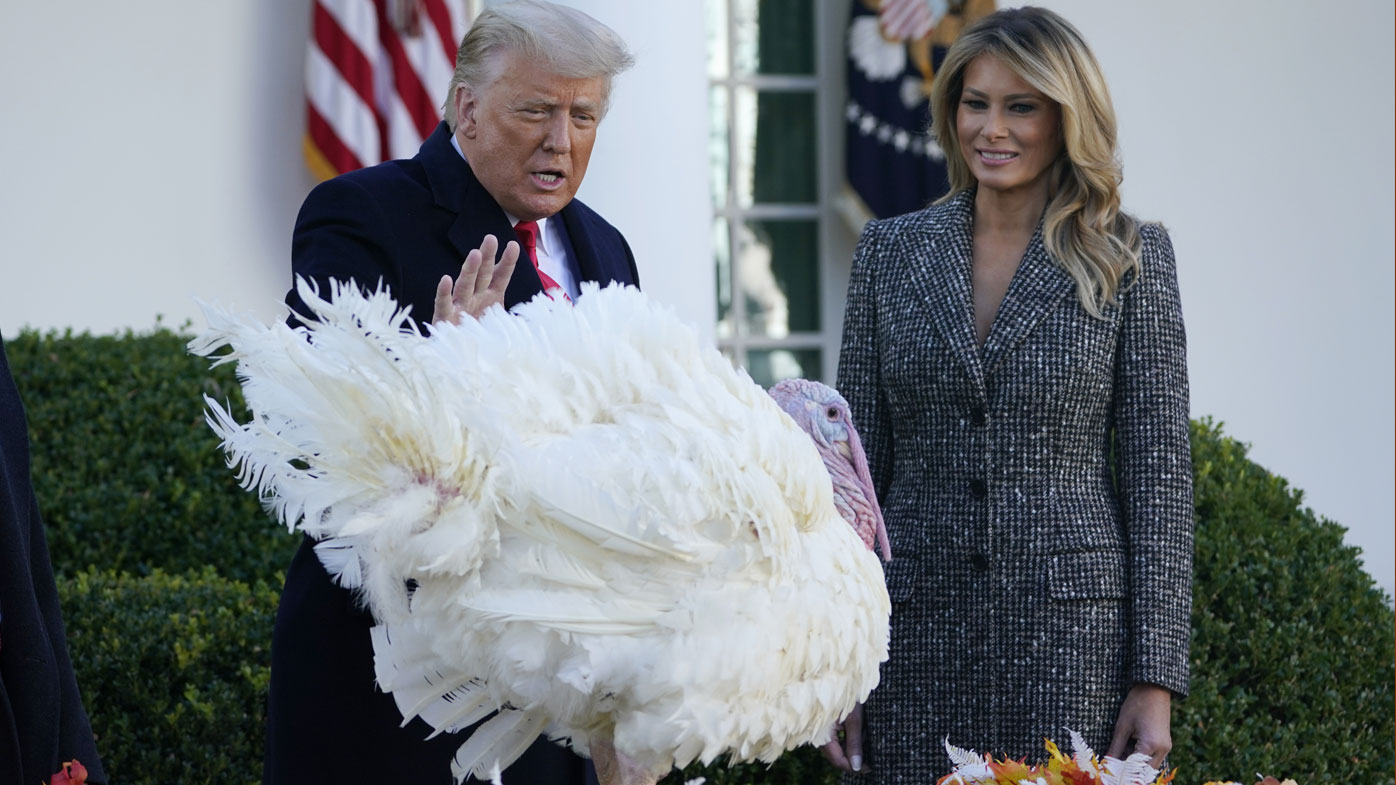 Donald Trump has taken part in the annual turkey pardoning at the White House, moments after US President-Elect Joe Biden announced his new team.

The turkey, named Corn, was presented to President Trump after it was declared the national Thanksgiving turkey.

Corn, and its friend Cob, travelled to the US capital from their home in Iowa by the National Turkey Federation, but after an online vote just Corn was given the honour of receiving a presidential pardon. Thankfully for Cob though, both birds will now retire to a new home on the campus of Iowa State University.

The short ceremony was attended by First Lady Melania Trump and was held within the Rose Garden at the White House. Mr Trump and his wife chose not to wear face masks but his daughter Ivanka Trump, who was there with husband Jared Kushner and their two children, wore face coverings. 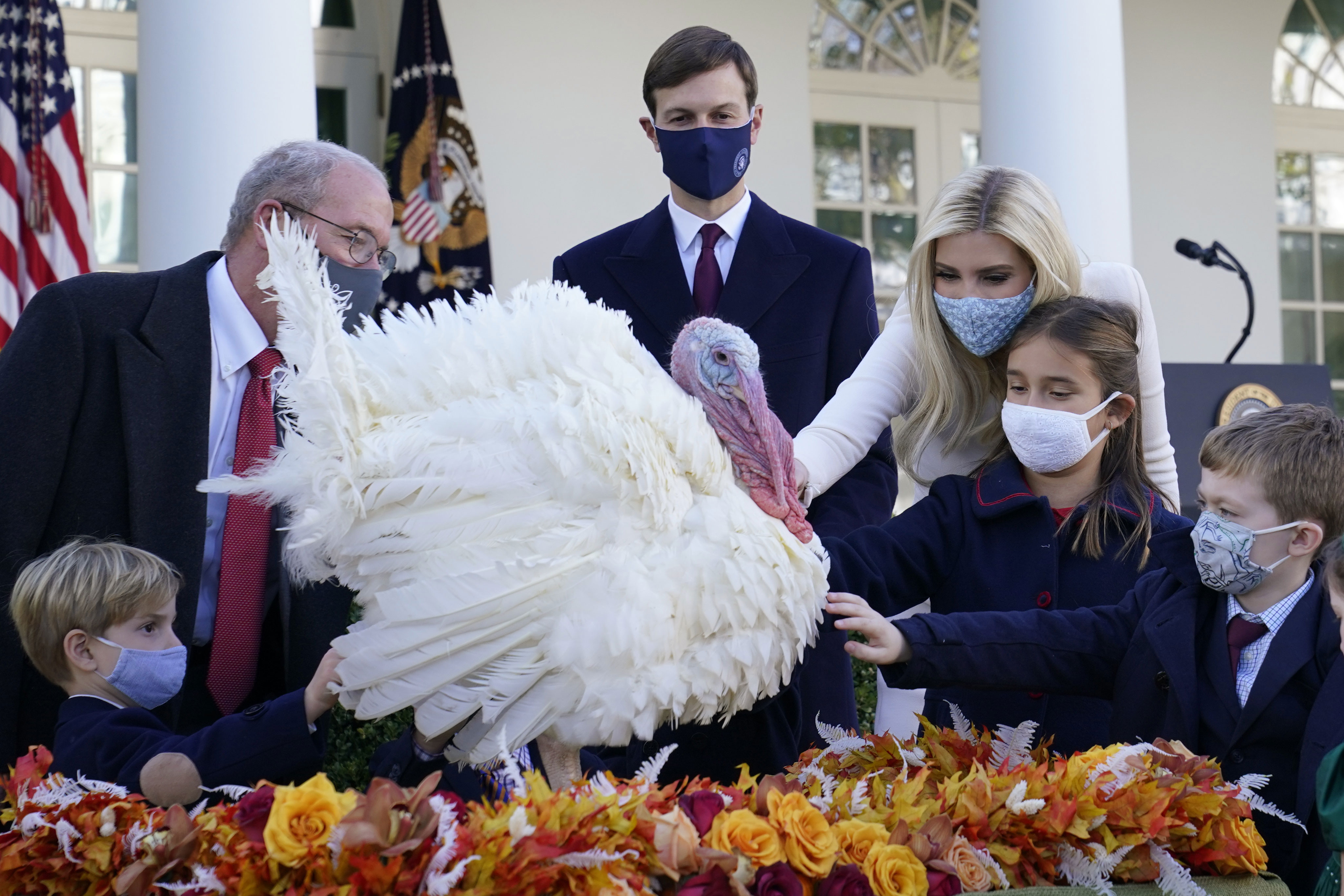 Yesterday, Mr Biden was certified as the winner of the presidential election in Pennsylvania, culminating three weeks of vote counting and a string of failed legal challenges by Mr Trump.

Instead, he briefly acknowledged the coronavirus pandemic, thanking medical workers and scientists, and praising the progress of fast-tracked vaccines.

The turkey pardoning is a White House tradition, having been formally undertaken by President Ronald Reagan in 1981, according to the White House Historical Association. 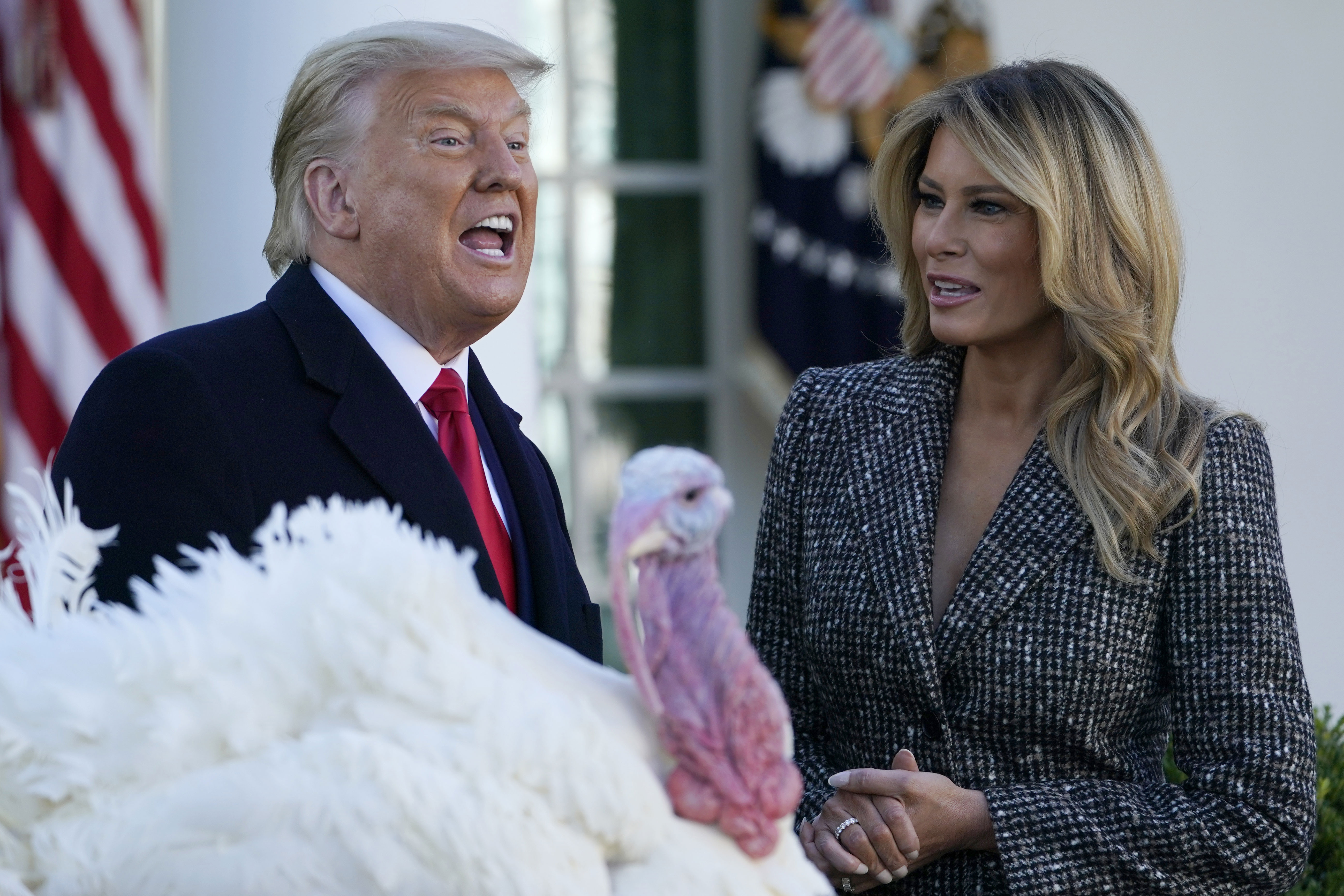 The ceremony itself became a yearly event in 1989 when President George H. W. Bush, with animal rights activists picketing nearby, told reporters, "But let me assure you, and this fine tom turkey, that he will not end up on anyone's dinner table, not this guy -- he's granted a Presidential pardon as of right now -- and allow him to live out his days on a children's farm not far from here".

Before then, US presidents had been presented with turkeys dating back to the 1870s.

When the chosen turkeys come to Washington D.C., they are put up in Willard Intercontinental Hotel ahead of the White House pardoning. 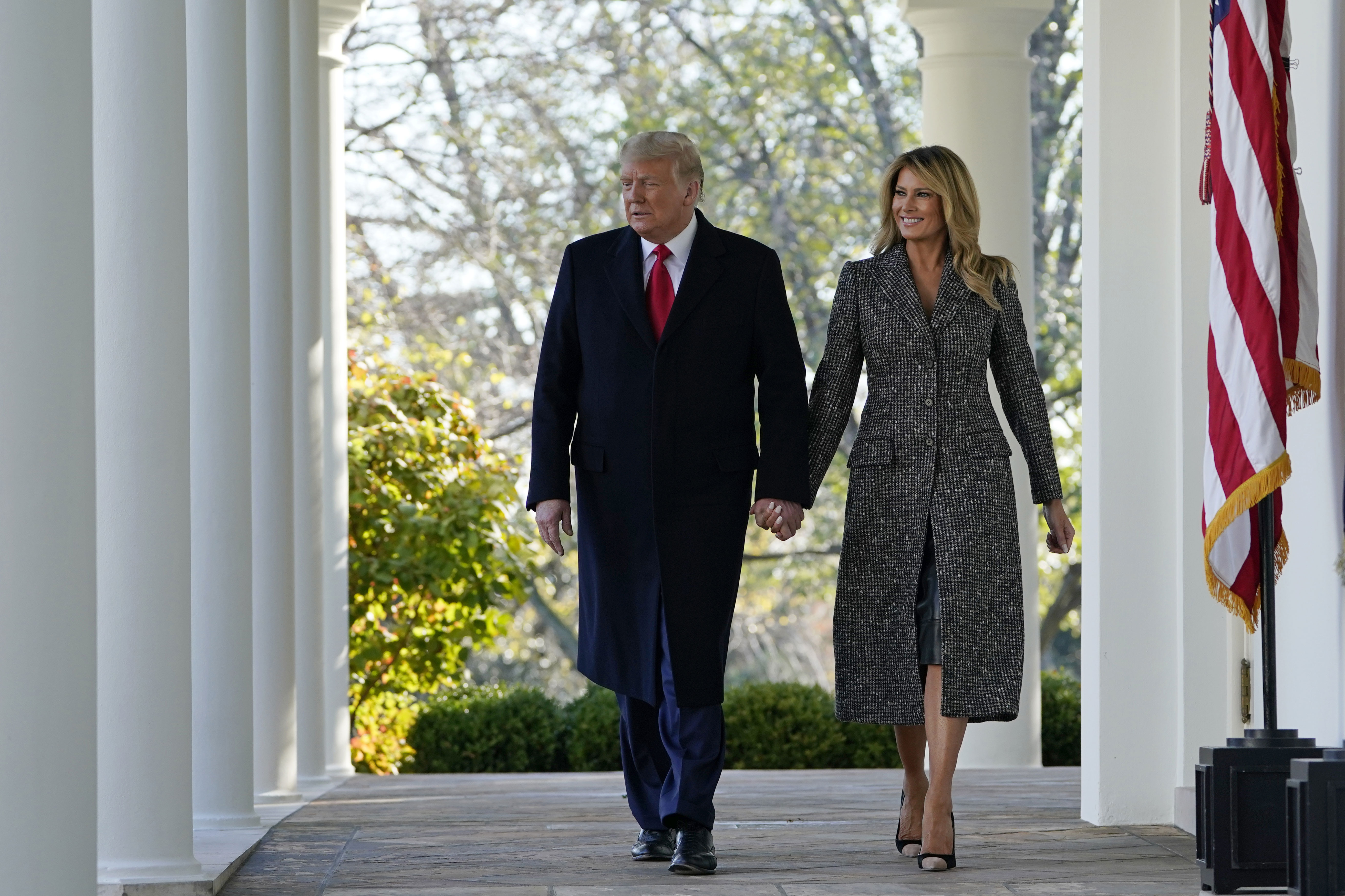 The National Turkey Federation – which started giving presidents turkeys in 1947 – has spent $1.5 million on lobbying in the past decade, to keep up the Thanksgiving spectacle and to keep Americans interested in eating the festive bird.

It's not the first time the typically light-hearted turkey pardon ceremony has taken place in a tense time for the nation.

Mr Trump used last year's pardon to make jokes about the impeachment process. The House would go on to approve two articles of impeachment the next month and the Senate would subsequently vote to acquit him.

In 2018, Mr Trump joked about one of the turkeys contesting the pardon election. The scenario he described bears a striking resemblance to the one he faces today.

"This was a fair election," the president joked. "Unfortunately, Carrots refused to concede and demanded a recount, and we're still fighting with Carrots. But I will tell you, we've come to a conclusion. Carrots. I'm sorry to tell you, the result did not change. That's too bad for Carrots."