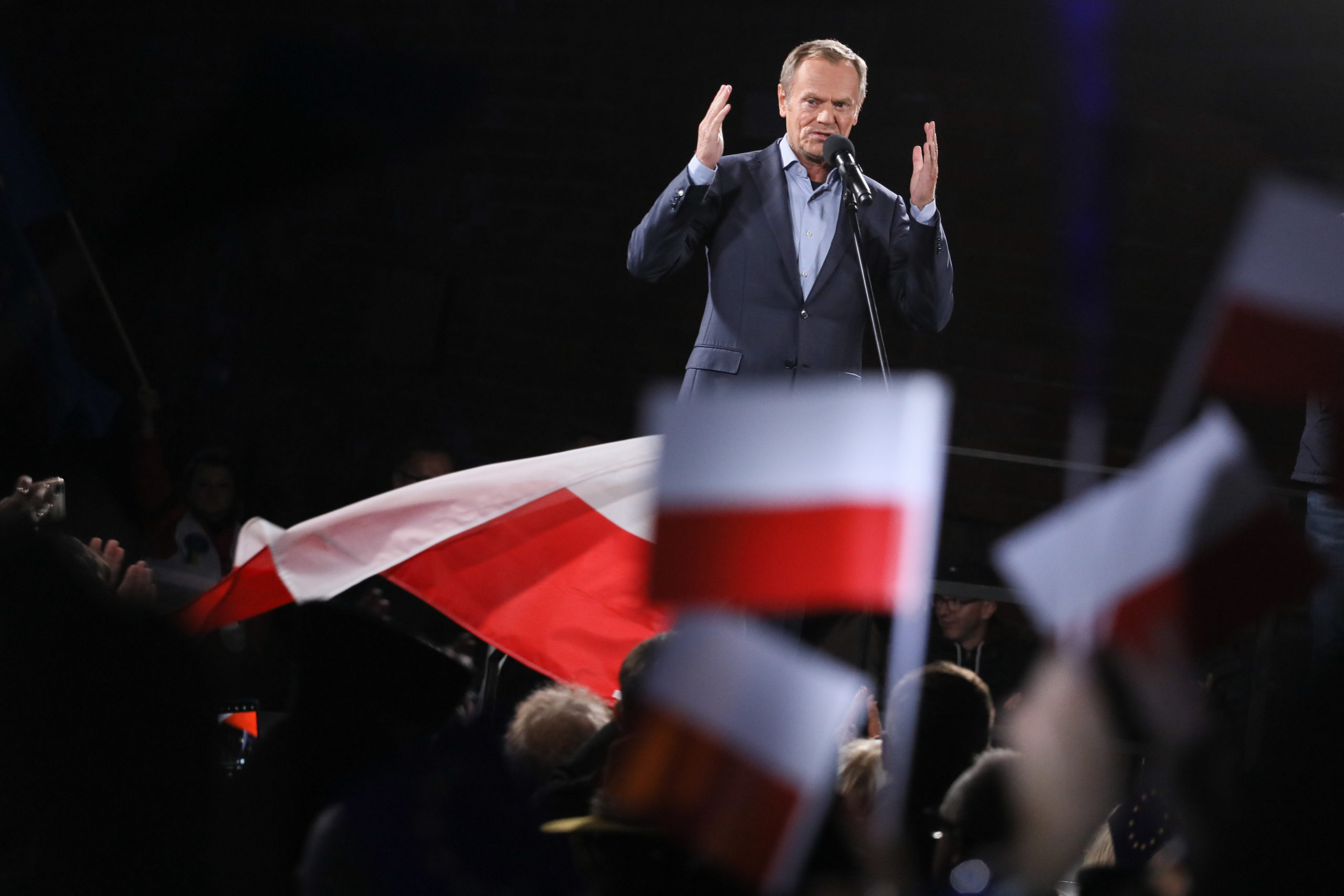 Tusk, who ran unopposed, captured over 97 percent of votes on a turnout of 73.3 percent of party members, local media reported.

A former European Council president and current chairman of the European People’s Party (EPP), the largest political force in the EU, Tusk announced this summer that he would return to domestic politics to defeat the governing Law and Justice (PiS) party.

Tusk has been serving as Civic Platform’s acting leader since July, but his election on Sunday is likely to bring renewed hope to critics of the nationalist PiS at a time of high tensions between the Polish government and the European Union.

The ruling “calls into question the foundations of the European Union,” according to European Commission President Ursula von der Leyen.

Amid the rule-of-law tensions, Brussels has been holding off on granting Poland its slice of EU post-COVID recovery money.

On Saturday, Tusk told reporters that after chairing last Thursday’s pre-summit meeting of EPP leaders, which included German Chancellor Angela Merkel, he had guarantees Poland would receive the recovery funding.

“No one was planning to punish Poles for the stubbornness of the PiS,” Tusk said.

Public ‘excluded’ from UK parliament amid pandemic — but banquets allowed

‘There could be still hundreds of Americans’ in Afghanistan, former US envoy says

‘There could be still hundreds of Americans’ in Afghanistan, former US envoy says

Zalmay Khalilzad, the former lead negotiator of America's withdrawal from Afghanistan, spoke publicly for the first time since his resignation. 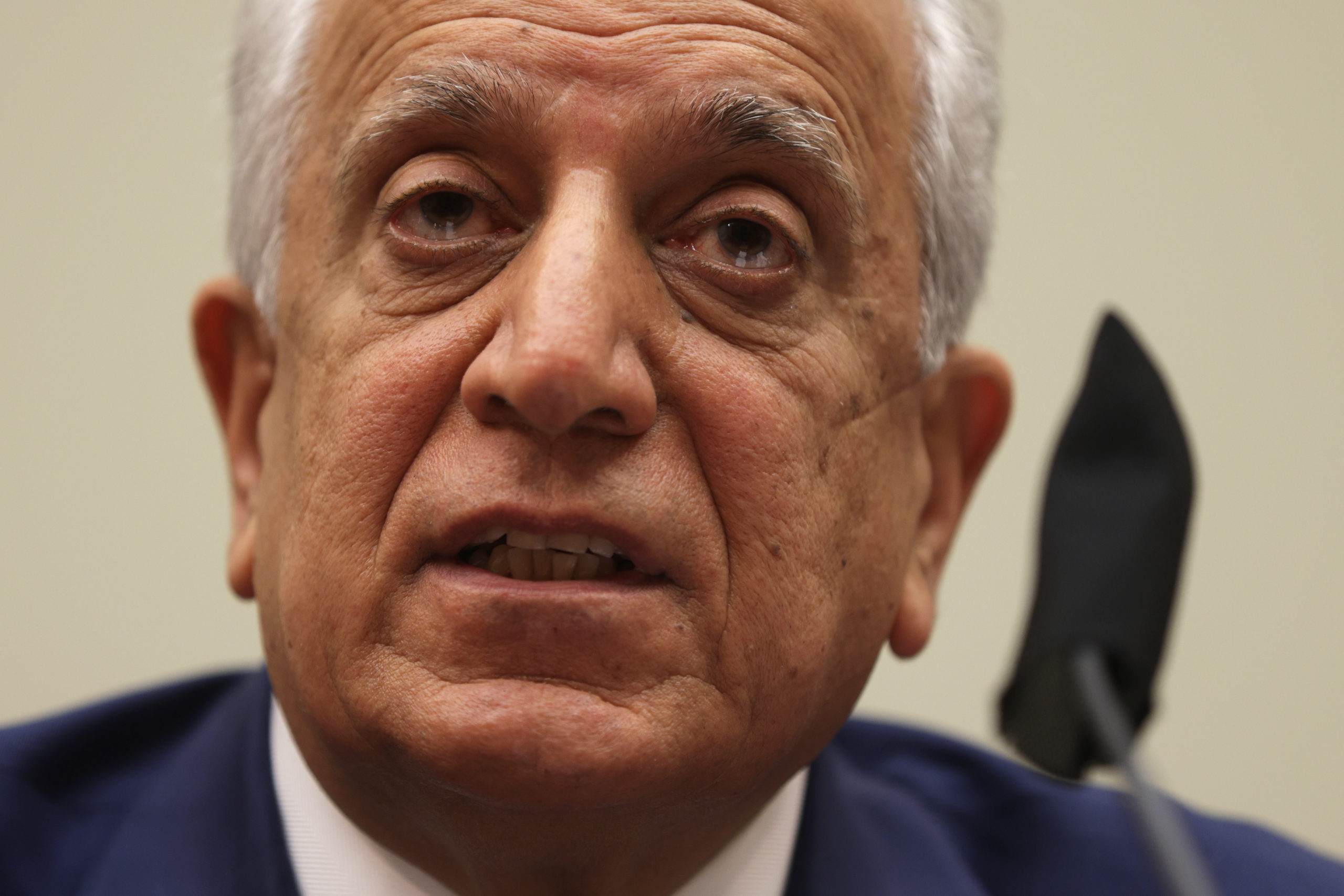 The former chief negotiator of the U.S. withdrawal from Afghanistan says there could still be hundreds of Americans in the country.

“Truth of the matter is, we don’t know … but my judgment is there could be still hundreds of Americans there,” Zalmay Khalilzad, the former U.S. special representative for Afghanistan reconciliation, said in an interview aired Sunday on CBS’ “Face the Nation, his first since resigning Monday.

The precise number, however, appears to be unclear. Secretary of State Antony Blinken said there are “under 200 and likely closer to 100” Americans in Afghanistan in Aug. 30 remarks, but CNN reported just two days ago that close to 200 Americans are still seeking to leave the country.

Khalilzad wrote in his Oct. 18 resignation letter that he decided to step down because “we are entering a new phase in our Afghanistan policy.” He reiterated that reasoning to CBS News.

“I was asked by the former president to negotiate our withdrawal from Afghanistan and get commitments from the Taliban. … That has been achieved. We are out. Our longest war is over,” said Khalilzad, who was tapped in 2018 by then-President Donald Trump to negotiate the withdrawal.

Still, even while defending the deal to withdraw, Khalilzad remained skeptical of the Taliban. Regarding the fate of women in Afghanistan, the former ambassador said the U.S. should keep pressure on the Taliban, including by freezing assets, until assurances are given, like reopening schools for girls.

Khalilzad also said the Taliban told him they don’t know the whereabouts of Ayman al-Zawahiri, the leader of al Qaeda. Asked if he believed that, Khalilzad said, “I didn’t.”

“There is a lack of trust between us and them,” he said.

China is not a military threat, EU top diplomat says

French drug firm boss: US will get first dibs on its coronavirus...