Most Dragon Ball voice actors aren't seen much in live-action, but the voice of Beerus has had some notable TV roles, including in The Walking Dead. 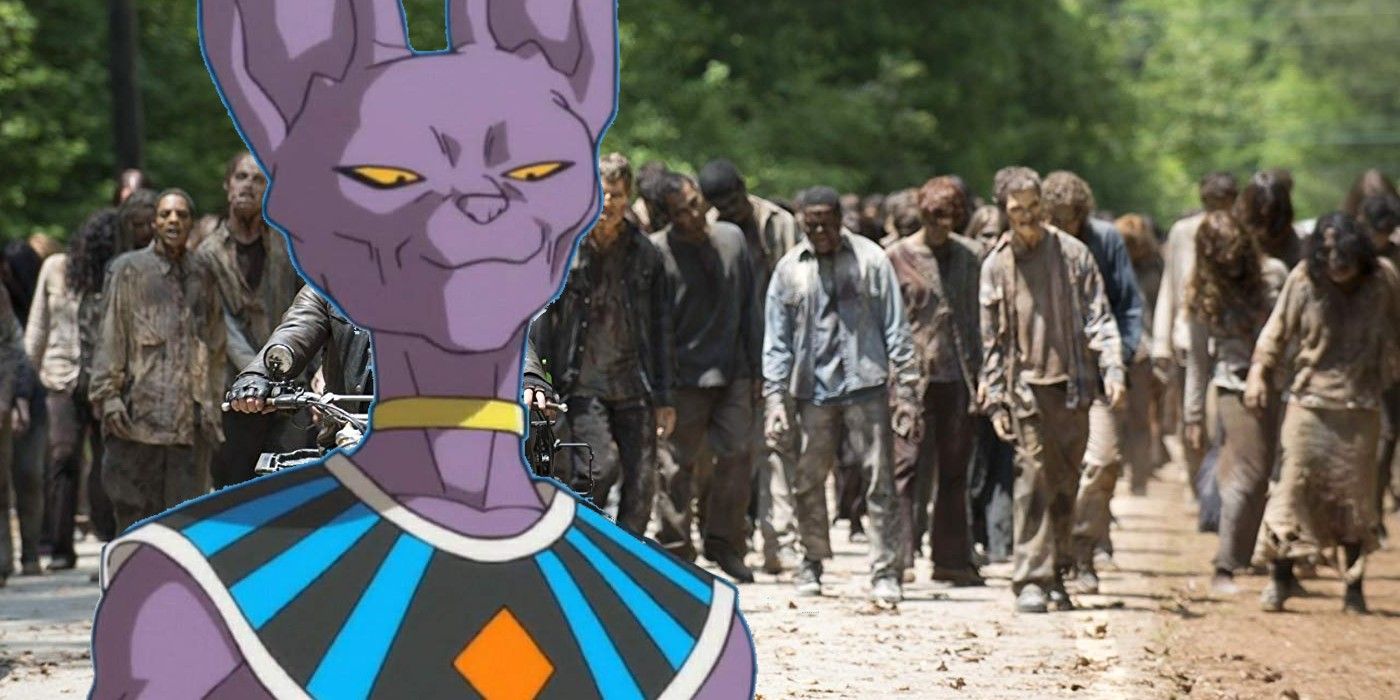 The voice of Beerus in Dragon Ball Super can be seen in live-action on The Walking Dead. The new era of Dragon Ball has made many new additions to canon, and while not all of them have proved popular (the potara earring retcon, for example), others have been immediately adopted into the Dragon Ball fold. Perhaps the best addition in the Dragon Ball Super era is Beerus, the God of Destruction. Along with his angelic counterpart, the lazy, yet incredibly powerful Beerus is an intriguingly neutral (mostly) addition to Dragon Ball and is equally capable of hilarious gags and intense action-packed battle sequences.

Usually, Dragon Ball's English dub cast, like most prominent anime voice actors, stick solely to voice-only roles. The likes of Sean Schemmel (Goku), Christopher Sabat (Vegeta, Piccolo), Kyle Hebert (Gohan) and Eric Vale (Future Trunks) have made careers almost exclusively from lending their voices to the world of animation, rarely venturing into the additional dimension of live-action. While this is true for most of the English Dragon Ball cast, the voice actor for Beerus is a face many will recognize, especially fans of The Walking Dead.

Beerus is voiced by Jason Douglas, who will be most familiar for playing Tobin in The Walking Dead. Although he was only ever a supporting character, Tobin had an impressive 3-season run on The Walking Dead, introduced in season 5 as a member of Alexandria. The character enjoyed a brief romantic tryst with Carol, and although he was skeptical about Rick's takeover of Alexandria initially, soon become one of the original residents who put their complete faith in Rick Grimes. In season 8, Tobin was one of many survivors killed when the Saviors started poisoning their weapons with infected blood, and is put down by Carol shortly after coming back from the dead. Aside from The Walking Dead, Douglas had a bit-part role as Detective Munn in Breaking Bad and enjoyed a short but memorable stint as The Devil in Preacher.

Despite an impressive selection of live-action credits to his name, anime voice work remains Douglas' bread and butter, giving life to characters in One Piece, My Hero Academia and Attack on Titan. Nevertheless, while anime fans aren't used to knowing what their favorite voice actors look like in live-action, Beerus is a notable exception, and a face The Walking Dead fans will instantly recognize.

With Douglas one of the few anime dub artists balancing a simultaneous career in live-action, the actor is ideally placed to appear in one of the various upcoming adaptations, since he's already familiar with the material. For example, Netflix are currently in the process of developing a live-action  series, and while Douglas doesn't exactly resemble the character he provides a voice for (Aokiji) he makes a solid case for playing either Franky, the Straw Hats' shipwright, or Monkey D. Dragon, Luffy's father. Of course, Douglas has an opening in his schedule after Tobin was killed off, but given the longevity of the Dragon Ball franchise, could continue voicing Beerus for years to come.

More: No Other Anime Will Ever Emulate Dragon Ball's Success

The Walking Dead season 10 is currently on hiatus.

Even Wolverine Himself Thinks Hugh Jackman Is Great Logan Casting