Dragon Ball Theory: Goku Or Vegeta Will Become A God Of Destruction

Dragon Ball Super has introduced Gods of Destruction, with Beerus the current Universe 7 destroyer. But could Goku or Vegeta become his successor? 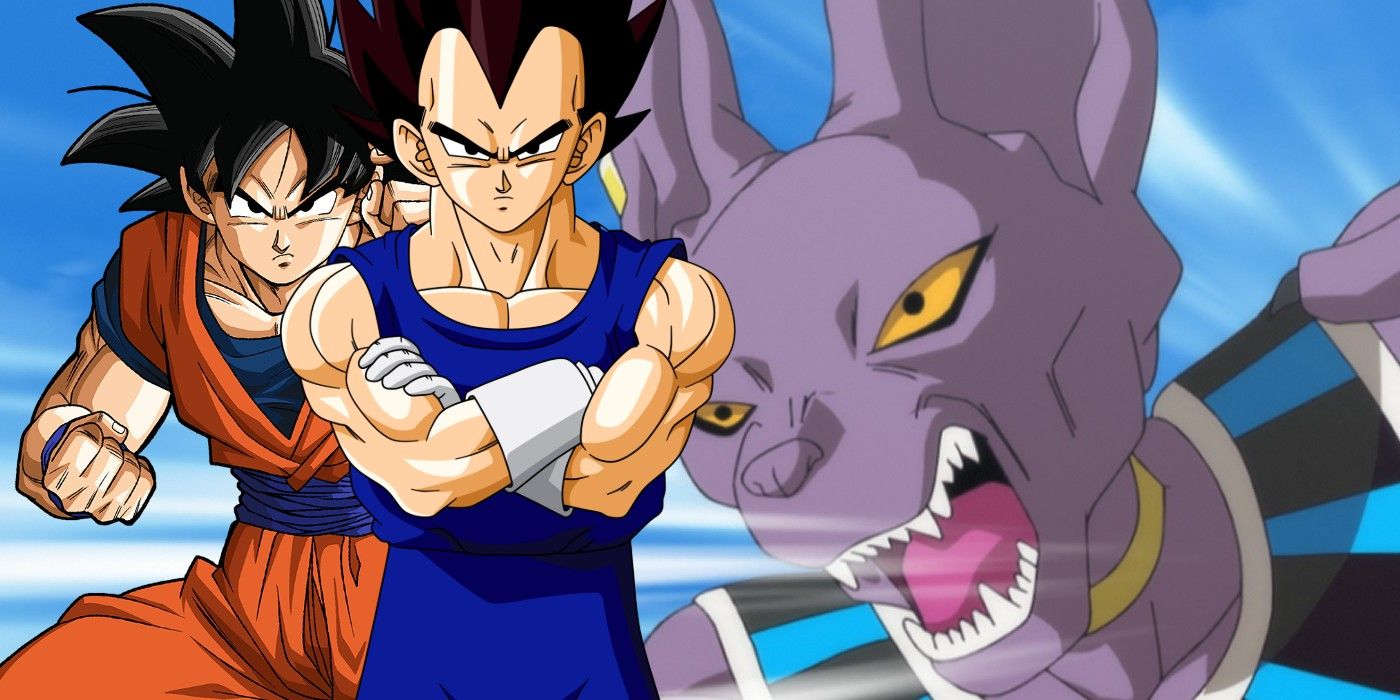 Goku or Vegeta could be offered the chance to become Universe 7's next God of Destruction in . Divine beings have been prevalent throughout Dragon Ball, however, the Battle of Gods movie and Dragon Ball Super debuted a new kind of deity: a God of Destruction. Along with the Supreme Kai, these destroyers preside over each of the 12 universes and usually work together to maintain a balance of creation and destruction. Lord Beerus, the God of Destruction for Universe 7, first appeared in the series after a 39-year nap, challenging Earth's Saiyans to find the Super Saiyan God of prophecy.

Even after Goku managed to transform into a Super Saiyan God, he was no match for Beerus, such is the strength of a God. Fortunately, Earth was spared Beerus' devastating wrath and the character has been a regular companion to Goku and co. ever since, always alongside his angel attendant and mentor, Whis. Spurred on by the presence of new powerful beings, Goku and Vegeta aimed their sights higher and requested Whis train them, offering Earth’s delicacies as payment. Since training under the angel, the pair have achieved a further transformation, Super Saiyan Blue, and unlocked greater levels still during the Tournament of Power, with Goku obtaining Ultra Instinct and Vegeta ascending beyond Super Saiyan Blue. Using this power, Goku and Vegeta have defeated numerous villains and helped Universe 7 win the Tournament of Power.

At the time of writing, Dragon Ball Super's future looks unclear. Talk of another movie has been reported, the TV anime could yet return, and the manga has continued without interruption. One way or another, Dragon Ball Super will end, and when it does, either Goku or Vegeta could replace Beerus as Universe 7's God of Destruction.

This is an ending Dragon Ball Super has arguably been building towards for some time. When Vegeta initially asks Whis to train him, the angel replies that he would only accept should the Saiyan choose to become a God of Destruction. Vegeta managed to avoid the subject by bribing Whis with some succulent instant ramen and the topic hasn't been raised since. But Whis works in mysterious ways, and it would be typical of the character to remind Vegeta of this unspoken "promise" many years later.

More evidence that Goku or Vegeta could eventually replace Beerus came in the Tournament of Power arc. During the chaotic battle, Universe 11’s Toppo transformed into a God of Destruction himself when being overpowered by Frieza and Android 17. Marcarita (the angel of Toppo's universe) then confirmed she'd been training him personally with an eye to the Pride Trooper becoming a God of Destruction. By making the transformation, Toppo had confirmed his choice. This whole sequence introduces the idea that angels train the next God of Destruction for their designated universe, and Whis has been training both Vegeta and Goku, making them prime contenders. Goku has even been trained by a second angel in the manga, Merus, and both Saiyans now have power approaching or exceeding God level.

This would explain a long-running Dragon Ball Super question: why does Whis bother training Goku and Vegeta? The angels often hide their true intentions and Merus got in trouble for training Goku, proving angels aren't usually allowed to interfere with mortals. Whis' special interest in Goku and Vegeta might be more about their potential as Gods of Destruction than delicious Earth treats.

To become a God of Destruction would obviously go against Goku’s kindhearted spirit, while Vegeta taunted Toppo for becoming a God of Destruction, remarking how he fights to protect his family and will achieve power in his own way. But if anything ever happened to Lord Beerus, Universe 7 would be plunged into chaos and imbalance, meaning Zeno and the Grand Priest could insist on a swift replacement. As the strongest fighters in their universe and pupils of an angel, this would put Goku and Vegeta in an awkward position and one of them could be forced to take the job for Universe 7's sake. While it might go against their natures, Goku or Vegeta becoming a God of Destruction at the end of Dragon Ball Super would bring the series full-circle - Battle of Gods began with them unable to get anywhere near Beerus; replacing him would be a fitting conclusion.

More: Dragon Ball Super Voice Actor Can Be Seen in The Walking Dead