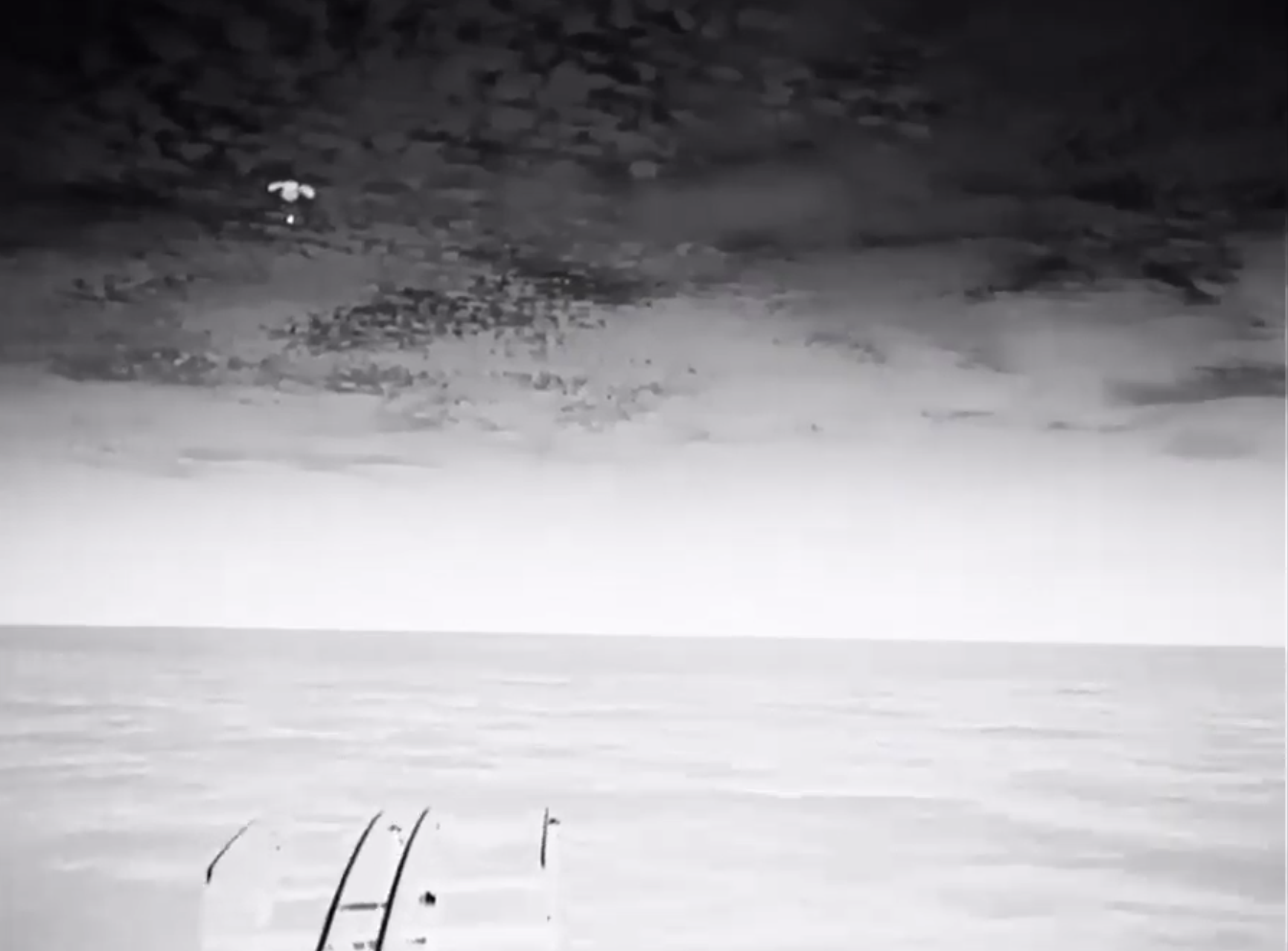 NASA and SpaceX teams have returned NASA astronauts Michael Hopkins, Victor Glover, and Shannon Walker, and Japanese Aerospace Exploration Agency (JAXA) astronaut Soichi Noguchi to Earth, completing the historic Crew-1 mission. Crew Dragon Resilience splashed down in the Gulf of Mexico, off the coast of Panama City, Florida, at 2:57 AM EDT (06:57 UTC) on Sunday May 2, marking the end of the first of six contracted, long duration, operational missions for SpaceX as a part of NASA’s Commercial Crew Program.

Resilience undocked from the International Space Station (ISS) at 8:30 PM on Saturday May 1 (00:30 UTC on May 2) to begin the journey home. Its return marks the end of Expedition 64 and the start of Expedition 65, with JAXA Astronaut Akihito Hoshide becoming the commander of the ISS. He’s the second Japanese astronaut to command the station, the first being Koichi Wakata during Expedition 39.

Previously scheduled for Wednesday, April 28, and Friday, April 30, the Crew-1 undocking and splashdown was postponed due to unfavorable weather in the splashdown zones off the coast of Florida. The new schedule for Sunday morning is the first night time splashdown of a crewed American spacecraft since Apollo 8 in 1968.

The last time NASA and SpaceX returned astronauts from the ISS was for the historic Demo-2 mission. Since this is the first return and recovery of a fully operational crewed mission, there have been several lessons learned from the Demo-2 test flight which were implemented for Crew-1.

After post-flight inspections of Crew Dragon Endeavour, teams noticed greater than expected erosion of Dragon’s heat shield at four points where the capsule bolts to the trunk of the vehicle using tension ties. SpaceX stated that the erosion was likely caused by airflow phenomena that were not expected to occur.

The heat shield design was changed to include more erosion-resistant materials at the ties. The heat shield was reinforced, and tested both on the ground and in-flight during the Cargo Dragon CRS-21 flight.

In addition, the drogue parachutes on board the Endeavour spacecraft deployed lower than expected, although it was still within the allowable range. A new instrument — which measures barometric pressure — was added to determine the altitude for parachute deployment and resolve this issue.

“We made changes to the design and part of the heat shield and drogue chute deploy algorithm,” said Nicole Jordan, NASA Mission Manager for Crew-1 in an interview with NASASpaceflight. 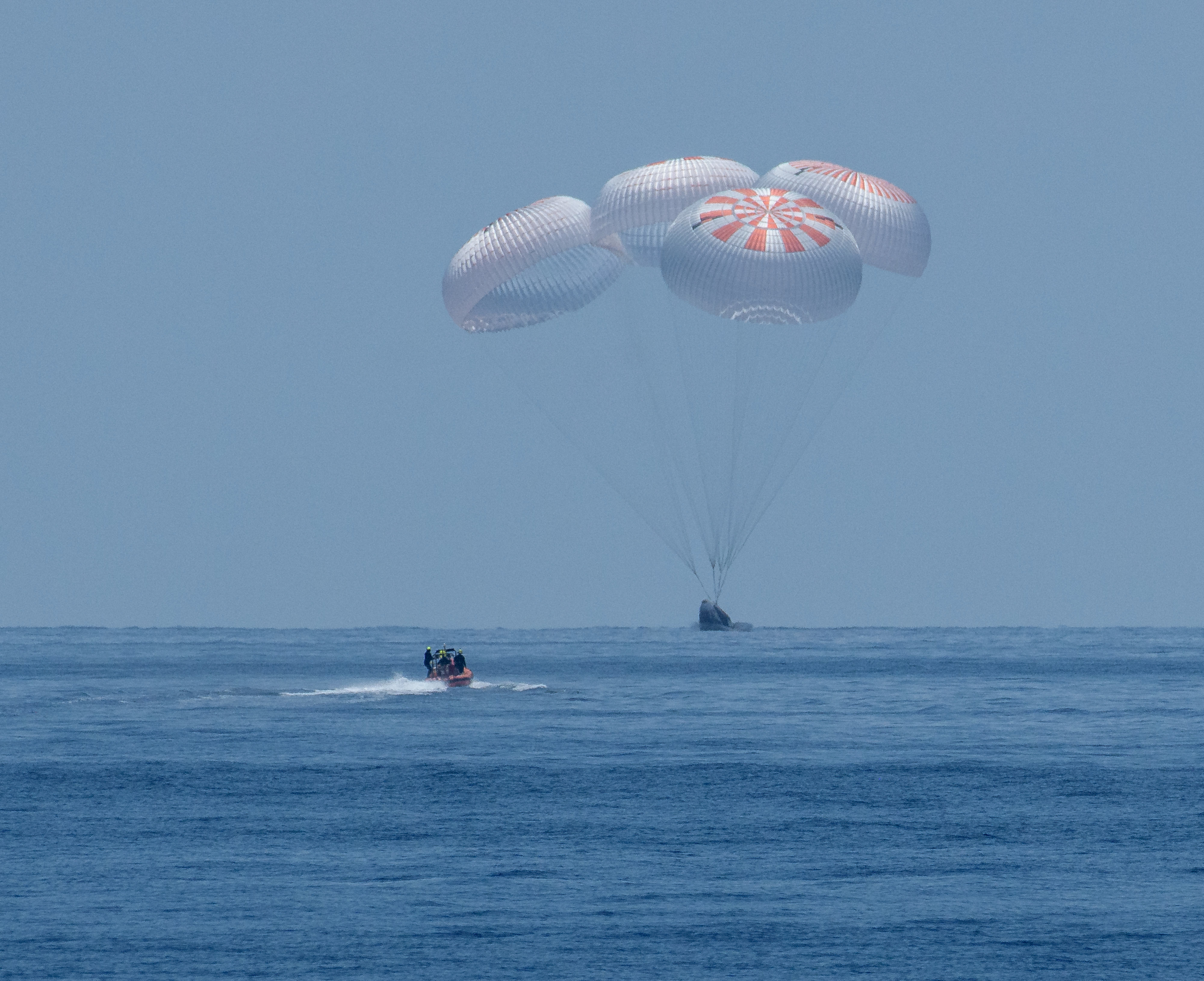 “Fortunately, those changes were made on CRS-21 Cargo Dragon first, so we’ve actually not only tested it on the ground but also validated those changes in CRS-21. They’ve both worked as intended, but that is something we’ll see for the first time with the crew onboard on Crew-1 landing.”

NASA and SpaceX teams have designated seven splashdown zones for Crew Dragon. This includes four sites at the Gulf of Mexico, namely Pensacola, Panama City, Tallahassee, and Tampa, and three sites in the Atlantic Ocean: Jacksonville, Daytona, and Cape North.

Two weeks prior to the return, teams select the primary and the alternate landing sites, pending weather conditions. For the Crew-1 mission, the selected primary splashdown site was Pensacola, with Panama city being the alternate location, both located in the Gulf of Mexico, off the coast of Florida. The Panama City landing zone was selected for splashdown on Sunday morning.

Additionally, a backup unsupported landing site (outside of the seven sites mentioned earlier) with suitable weather conditions is also identified to mitigate the risk of weather changes and ensure a minimum of two landing sites are identified at all times. In the unlikely scenario this site is used, the rescue operations will be conducted by the U.S. Department of Defense.

Dragon recovery ship GO Navigator has departed from the Port of Pensacola and is making its way towards the primary Crew-1 splashdown site, near Panama City, in the Gulf of Mexico.

Splashdown is targeted for 2:56am ET on Sunday morning. pic.twitter.com/Hu2HvkV6Yu

Weather monitoring plays a crucial role in determining where the Crew Dragon will return and when. Six hours before the undocking, NASA and SpaceX teams make the final decision on the primary splashdown target based on the latest weather updates. SpaceX continues to monitor the changes in conditions until 2.5 hours prior to the scheduled undocking. If the conditions are acceptable, a joint recommendation is be made by SpaceX and NASA whether to proceed with the undocking or not.

Crew-1 Dragon Resilience undocking from the ISS. Draco's dancing to push the vehicle away from the Station.

At this point, the teams undergo another weather briefing regarding the landing sites. If the conditions are No Go, the SpaceX and NASA teams will jointly make a decision to “wave off.” During this scenario, Crew Dragon will remain in orbit for the next landing attempt 24-48 hours later.

If the weather conditions are marginal and exceed the pre-set criteria, SpaceX and NASA teams will proceed with the deorbit sequence, starting with two important events, scheduled to take place back to back. At 01:56 EDT, the claw which connects thermal control, power, and avionics system components located on the trunk to the spacecraft, separates.

This is followed by separation of the trunk which contains the solar panels and radiators for thermal control. The trunk will remain in orbit for well over a year and decay naturally before destructively entering Earth’s atmosphere.

SpaceX continues to monitor the changes in weather conditions before making the decision to continue with the deorbit burn.

With the conditions acceptable, Crew Dragon Resilience began its final 987 second-long deorbit burn at 02:03 EDT, allowing the spacecraft to descend to Earth towards the Gulf of Mexico.

After the deorbit burn, Dragon’s protective nose cone — which covers the forward bulkhead thrusters, docking ring, and sensors crucial for autonomous approach and rendezvous — closed as the capsule prepares for its fiery atmospheric re-entry.

Dragon re-entered the atmosphere, and a loss of signal and communications from the craft and with the crew occured as temperatures build to 1,930° C (3,500° F) due to an envelope of ionized air around the spacecraft created by this extreme heat. 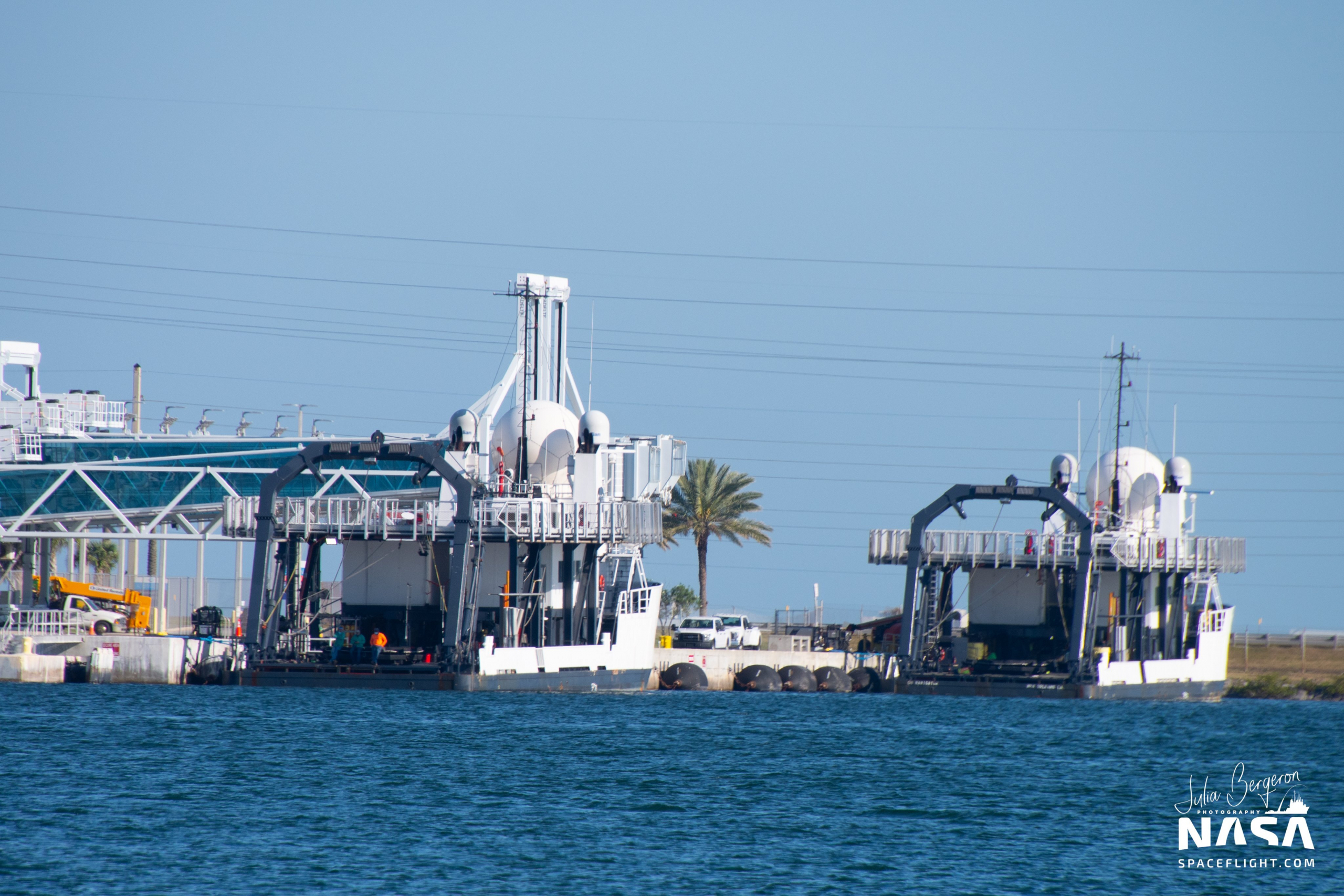 Recovery forces then approached Crew Dragon Resilience.  These operations are assisted by over 40 highly trained NASA and SpaceX personnel made up of spacecraft engineers, water recovery experts, medical professionals, recovery ship’s crew, NASA’s cargo experts, and others on board the company’s recovery ship, GO Navigator, already at the Panama City splashdown site.

The astronauts will be assessed in a medical area on the recovery ship first, before returning to the shore via helicopter and then being flown back to the Johnson Space Center in Houston.

This is the first time SpaceX is recovering four astronauts instead of two. The astronauts of Crew-1 will be fully de-conditioned since they have been part of a long-duration five-month mission in contrast to the two-month-long mission of Demo-2.

To accommodate the crew, SpaceX has made some changes to their recovery vessel. Jordan said, “SpaceX has made some mods [modifications] to their boat, added a little bit of space around the capsule. They’ve also carefully choreographed how the crew will come out and how they’ll go into the medical evaluation room.”

Jordan also added, “We’ve also changed the way we operate with the coast guard to clear the area more effectively of any private-privately owned boats.” This is in response to a large number of private boats surrounding the recovery area and hindering the recovery operations during the Demo-2 mission.

The U.S. Coast Guard, with the help of NASA, SpaceX and the Federal Aviation Administration (FAA), will establish a two-mile safety zone around the expected splashdown location to ensure safety for the public and for those involved in the recovery operations, as well as the crew aboard the returning spacecraft.