Ducati celebrated the delivery of its 350,000th Monster unit, the most popular model family in Ducati’s history. 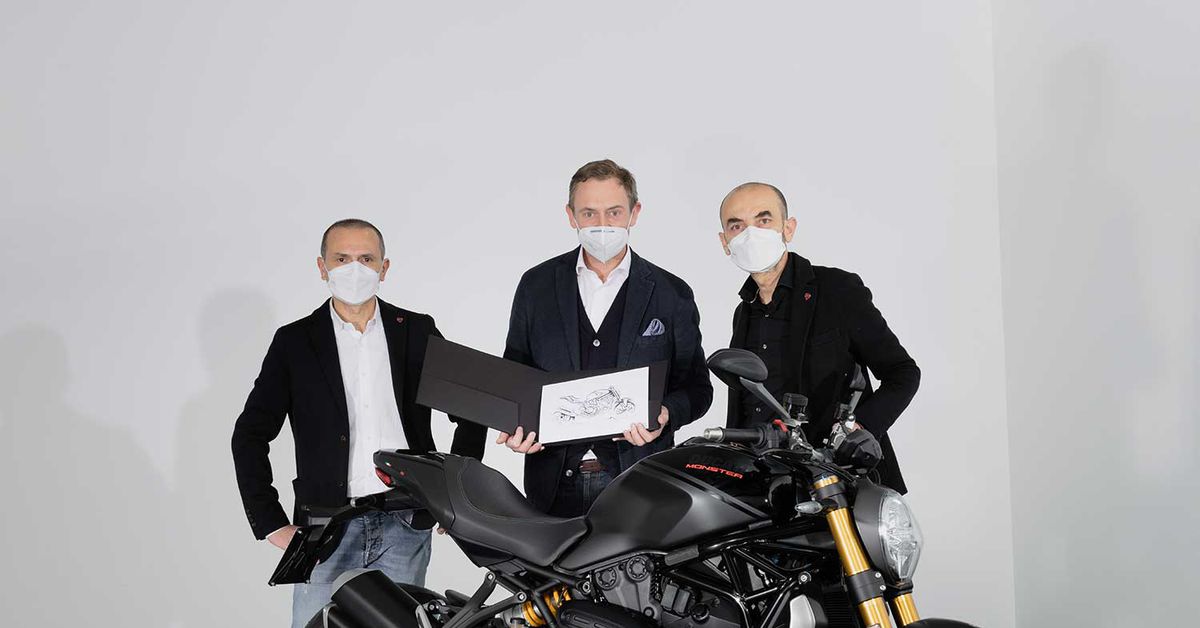 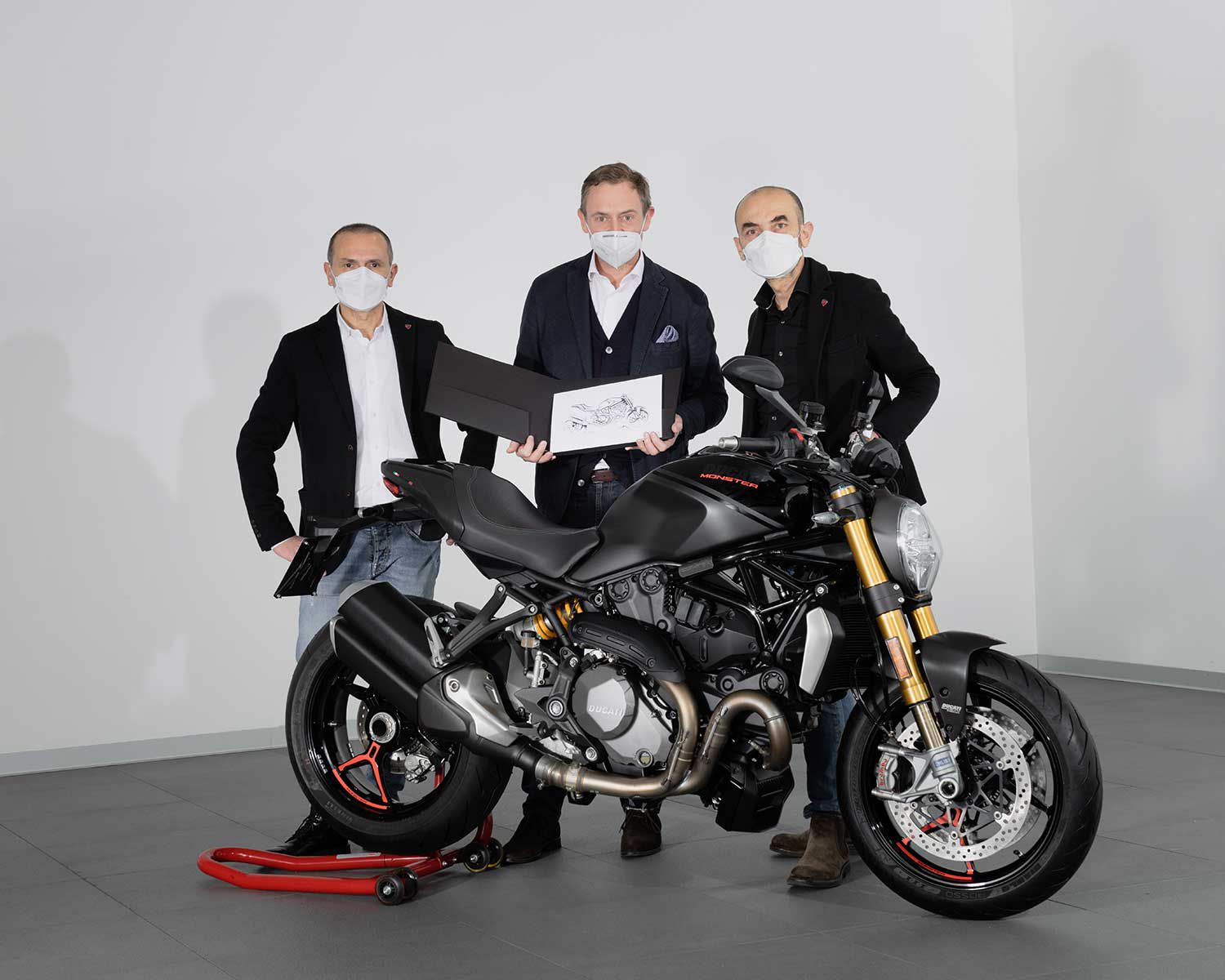 In 1992 Ducati unveiled its M900, stripping away the fairings from a superbike chassis and helping to usher in the modern age of naked streetbikes. That model marked the beginning of what would become Ducati’s most successful line of motorcycles ever, the Monster. This year, Ducati celebrated the delivery of its 350,000th Monster, a 1200 S “Black on Black.” De Rose gets a tour of the facilities. (Ducati/)

The milestone was marked with Ducati CEO Claudio Domenicali and Ducati Design Center Director Andrea Ferraresi personally delivering the motorcycle to its new owner, Sebastien Francois Yves Hervé De Rose during a small ceremony at Borgo Panigale. The bike also received a personalized number plate and a certificate of authenticity.

The Monster has taken many shapes over its nearly 30 years of life, powered by V-twins and V-4s in a variety of sizes. Despite the bike’s many changes over the years, Ducati has always aimed for Monster models to be fun, exciting, and enticing for a broad range of riders. The 2021 Monster breaks with some traditions but keeps the spirit of the Monster family alive and well. (Ducati/)

Its latest iteration appears to be no exception, as the 2021 Monster breaks with a number of traditions in order to optimize weight, improve performance, and meet ever more stringent emissions standards.

What it Takes to Build a Rolls-Royce: 90 Pairs of Hands

Is There Still Room Left in BMW’s Lineup for a 6 Series...