Nicholas Dunlap made an ill-timed double-bogey with three holes to go at the Dustin Johnson World Junior Championship, but the 17-year-old (...) 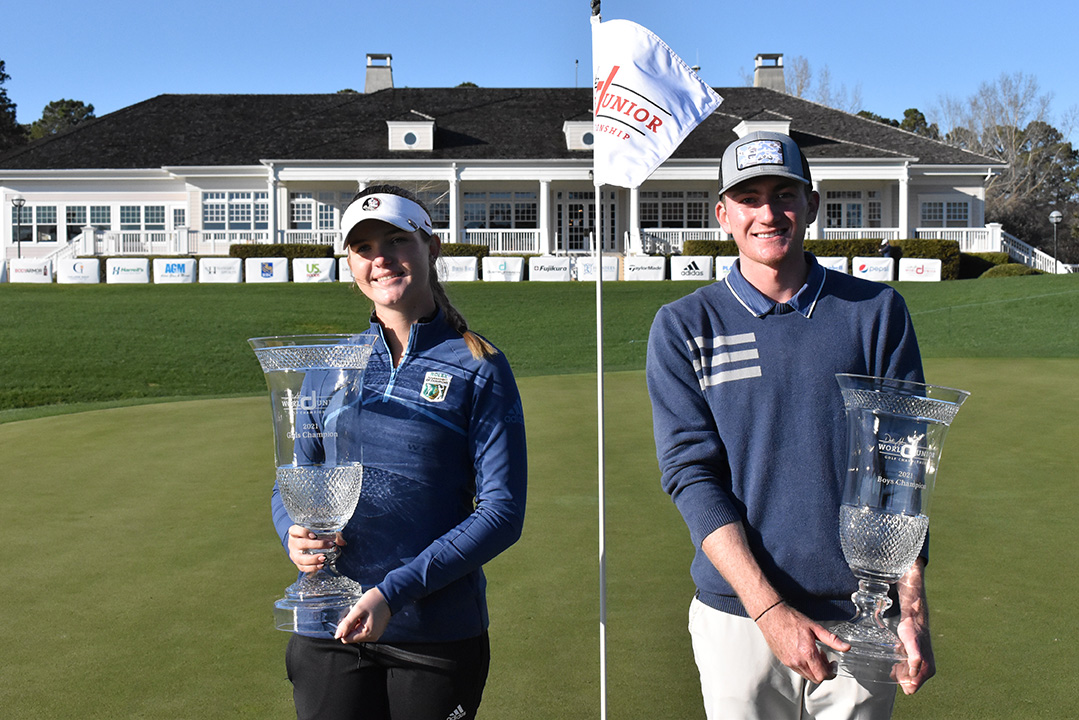 Nicholas Dunlap made an ill-timed double-bogey with three holes to go at the Dustin Johnson World Junior Championship, but the 17-year-old from Huntsville, Alabama, was able to overcome the big number on TPC Myrtle Beach’s par-4 16th and still finish two shots clear of a worthy list of chasers.

Dunlap, ranked No. 14 in Golfweek’s Junior Rankings, was 3 under for 54 holes at the sixth playing of the Dustin Johnson World Junior. All three players who finished tied for second are also ranked inside Golfweek’s top 15: No. 7 Brendan Valdes, No. 11 Maxwell Ford and No. 13 Luke Clanton.

At the start of the final round, Dunlap was a shot off the lead. He opened with two birdies but gave them back with bogeys at Nos. 5, 7 and 8.

Clanton briefly took the lead after a birdie on No. 10 pushed him to 7 under but double bogeys on Nos. 15 and 17 derailed his hopes of winning the event. Dunlap had built enough of a cushion with birdies at Nos. 11 and 14 to survive his big number at No. 16.

In the girls division, Jacqueline Putrino of Sarasota, Florida, closed out a one-shot win over Hyo Joon Jang.

Putrino, ranked No. 55 by Golfweek, entered the final round trailing Andie Smith by three shots, but Smith doubled the opening hole and never found her rhythm on a difficult scoring day.

Putrino was 4 over in her final round and tied for first with Jang when she made a clutch 18-foot birdie putt on TPC Myrtle Beach’s par-5 18th hole to win the event. Behind Jang at 7 over, Savannah Hylton and Catherine Park tied for third at 8 over.

Will the Masters drive Augusta's economic engine in 2021?

Tyler McCumber makes first start at The Players, 33 years after his father Mark...

Tiger Woods doesn't have much to say after stumbling late...