The Netherlands is the first country to hold general elections in 2021 amid a coronavirus lockdown. 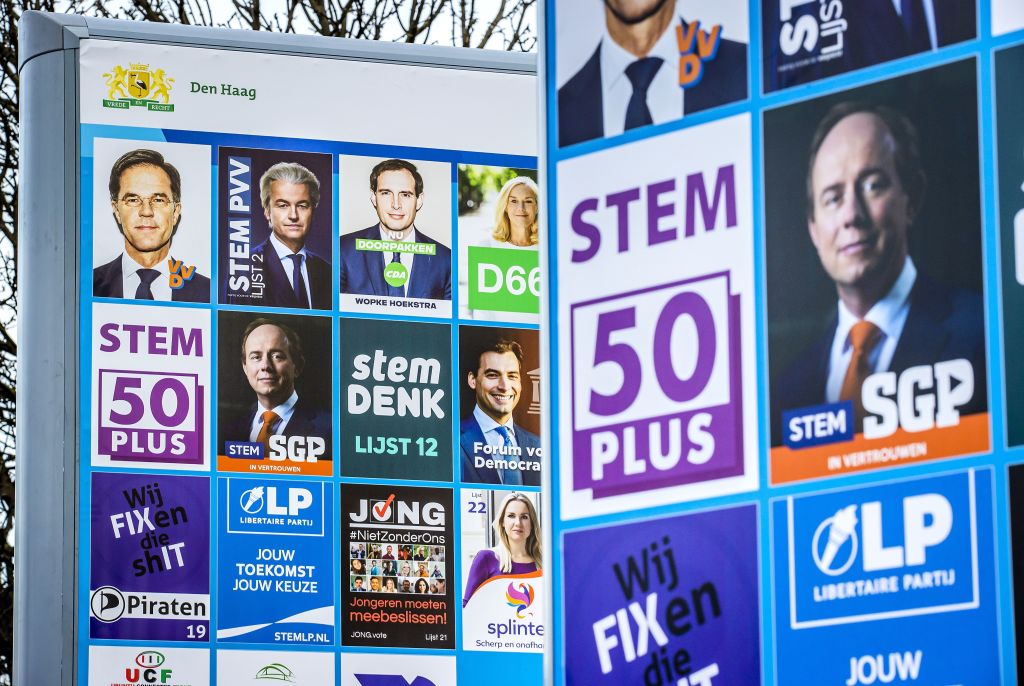 Ordering millions of red pencils, finding new polling stations, getting vote counters home after curfew — it’s all part of Dutch plans to pull off a parliamentary election despite the pandemic.

It’s a logistical headache that could inform other countries across the EU, where voters in 12 countries are set to eventually cast ballots this year. Already, Portugal held an election in January. But Europe’s first parliamentary elections of 2021 will happen in the Netherlands on March 18, followed by Bulgaria later that month. The Netherlands is also the largest country to hold a parliamentary election since the pandemic began.

Over the last year, countries like France and Poland have chosen to delay elections or switch to mail-in voting over fears that in-person voting would create superspreader events. In Catalonia, cities encouraged those who had tested positive or were quarantining to cast their ballot during a designated “zombie hour.”

But Dutch Internal Affairs Minister Kajsa Ollongren said that “it’s of great social and democratic importance that the elections take place,” despite a number of mayors and medical experts calling on her to postpone it.

Since the Dutch government resigned in January amid a government subsidies scandal, elections have become even more urgent: postponement would mean that the country continues to be run by a caretaker government as it looks to recover from the pandemic.

“It’s a daunting task,” said Paul Tissingh, spokesperson for the city of Rotterdam.

Bring in the pencils

One of the most tricky issues has proven to be the iconic red pencil that every Dutch voter uses to mark their choice.

Ollongren told municipalities that each pencil needs to be disinfected after use, like the baskets in the supermarket, or replaced.

Rotterdam opted for the latter option, said Tissingh. As a result, half a million pencils had to be ordered for the voters in the port city. Amsterdam and The Hague are using the same approach.

To further reduce the risk of contamination, the government is allowing the 2.4 million voters aged 70 and older to cast their votes by mail — a privilege normally only granted to nationals living abroad.

However, a small-scale experiment with 12 senior residents in The Hague found that postal voting might be trickier than expected. Half of the votes were not valid due to issues such as ballots being put in the wrong envelope. “If these numbers translate nationally, it will be a drama,” project leader Jacques de Wit told local media.

Polling stations will also be opened two days earlier in an effort to spread voting and allow early voting for people considered vulnerable to the coronavirus. Ministers have agreed to not publish the results of exit polls while voting is underway to avoid influencing undecided voters. But regular polling will continue.

Not all cities are happy with the government’s insistence to hold elections during what health experts expect will be the peak of the third wave of coronavirus infections.

“The [nighttime] curfew and reopening of the schools make it very likely that polling locations will pull out and new ones have to be found in the coming weeks,” a Utrecht government spokesperson told local media, adding that the 9 p.m. to 4:30 a.m. curfew might also be a problem for the volunteers counting the ballots who have to travel home.

The Netherlands has already extended its nighttime curfew until March 15 and could stretch it out further the week before the election. Outgoing Prime Minister Mark Rutte already said that if this is the case, volunteers would be exempt from the curfew.

A group of mayors from five small cities in the Netherlands called earlier this month on Ollongren to delay elections over fears it will spike infections and keep voters at home.

Data from France’s regional election from last year showed an estimated 4,000 extra hospital admissions two weeks after the event. However, French researchers didn’t agree that the increase was directly tied to the elections.

Rutte — who stands poised to return as prime minister if his prevails in the election, as expected — said earlier this month that he sees no reason to change the election plans. At most, if it’s unavoidable due to the epidemiological situation, “you have to look at it again.” The government, together with the parliament, can still decide to postpone up to the week before the elections.

Despite this uncertainty, cities continue to prepare, scrambling to find new polling stations and volunteers before the deadline.

Tissingh said that Rotterdam usually has around 350 polling stations, but had to find a replacement for half of those because they were either too small to keep voters socially-distanced, or they were located in high-risk locations, such as homes for the elderly.

“The mayor [Ahmed Aboutaleb] had said he wanted around 400 polling stations this time to further spread traffic, so we had to look for 200 new locations — including two drive-thru polling booths,” Tissingh said.

Brussels rebukes its Beijing envoy over censorship of EU...