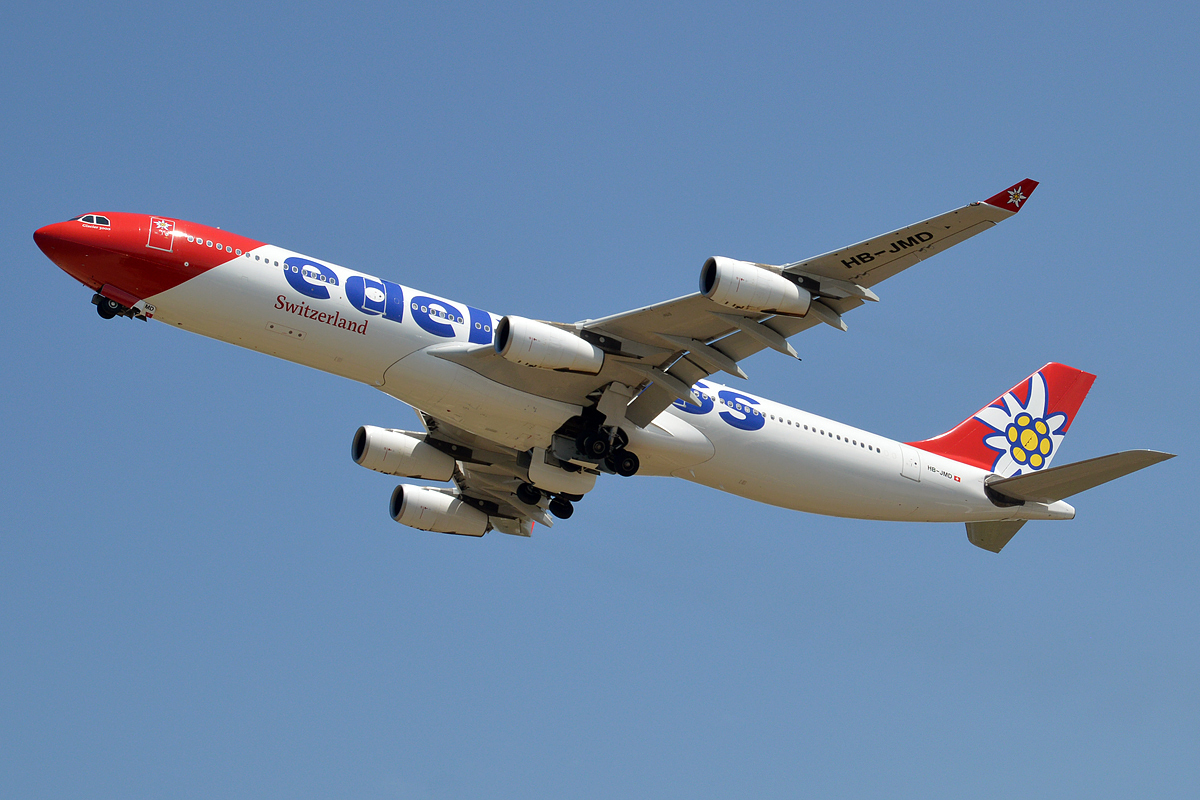 Edelweiss Air, the leisure airline of Lufthansa Group’s Swiss International Air Lines, is resuming widebody services to Kosovo this summer. The Airbus A340 aircraft will make a comeback on the Zurich-Pristina route three times weekly in July and August as a capacity upgrade for the A320.

Two-hour A340 flights from Zurich to Pristina to return

Swiss International Airlines is responding to high demand between Switzerland and Kosovo again by re-introducing widebody flights on its Zurich-Pristina route through its leisure airline, Edelweiss Air.

Edelweiss will operate its Airbus A340-300 between early July and late August this summer every Monday, Thursday, and Friday for this two-hour flight.

This three-weekly scheduling of the A340 on the route is a relatively low frequency; last summer Edelweiss operated widebodies from Zurich to Pristina as much as twice daily during the peak summer months. It is likely that the A340 will make an appearance in Kosovo more often than it is currently scheduled to.

The Airbus A340 will be deployed on this two-hour flight as follows:

On Saturdays, Edelweiss is deploying its own Airbus A320 aircraft for this rotation. On Tuesdays, Wednesdays, and Sundays, SWISS is sending its own metal. There is also a second daily rotation on this route, in the evenings, every day, but no wide-body aircraft are scheduled to operate it (yet).

Tickets for the outbound flight, from Zurich to Pristina, are on sale on SWISS’ and Edelweiss’ website, but tickets for the return leg from Pristina to Zurich are only on sale on SWISS’ website. It is standard practice for airlines operating in Kosovo to sell their tickets through tour operators and independent travel agents. This is also the case for Eurowings, which has a base in Pristina.

This means that a passenger traveling on this Edelweiss flight from Pristina to Zurich on Sundays will purchase their flights on the SWISS website, fly on a SWISS aircraft with SWISS’ crew, and even have a SWISS flight code printed on their ticket, but it will still be an Edelweiss flight.

Will you be flying on Edelweiss’s two-hour Airbus A340 services to Pristina this summer? Let us know what you think of this story in the comments below.

Qatar Airways Ups US Offering With Over 100 Weekly Flights

It seems as though Teruel is the place to be if you are an Airbus A380. Another of…

It seems as though Teruel is the place to be if you are an Airbus A380. Another of the aircraft from Etihad arrived at the storage facility today, bringing the total number of giants being stored in Teruel to 22.

2020 was not a great year to be an Airbus A380. However, it is now starting to look that 2021 is an even worse year for most of the giant aircraft. While Emirates has brought the plane back to service, many airlines such as Etihad and Lufthansa have seemingly sealed the fate of the double-decker.

Following another ferry flight today, Teruel now has 22 Airbus A380s. Etihad Airways provided the latest addition. While the airline has not formally declared the death of the A380 yet, it has said its return will be doubtful.

According to data from RadarBox.com, today’s flight to Teruel was operated by A6-APH, departing Abu Dhabi (AUH) as EY9124 at 08:57 this morning. The aircraft landed in Teruel shortly after 14:00 local time, taking a reasonably roundabout route to reach the storage facility.

According to data from ch-avition.com, the aircraft took its first flight on December 22, 2015, before being delivered to the carrier on May 13th. As such, the aircraft is just 5.51 years young. With 486 seats across four cabins, the aircraft currently has a market value of $78.08 million. As of February 28th, the jet had completed 19,981 flight hours across 2,174 flight cycles.

According to FlightRadar24.com, the aircraft’s last passenger flight was on March 17th, 2020. This flight saw the plane flying for 12 hours from New York’s JFK Airport to Abu Dhabi as EY100. Days later, the airline’s entire fleet was grounded as the UAE banned flights to attempt to stem the spread of COVID-19.

In April, Etihad’s CEO revealed that the Airbus A380 is no longer commercially sustainable, leading to the type being parked indefinitely. It’s unclear if they’ll be back, but it would be a shame if Etihad didn’t resume A380 flights, given their youngest jet is just 4.47 years old.

Swimming penguins are called a raft. There is a gaggle of geese, but what do you call a group of A380s? While the answer is a fleet, we also feel that the adjective ‘impressive’ works here.

Apart from Emirates and Singapore Airlines, no airline took more than 14 A380s. That’s part of what makes this collection of 22 jets so special. Airlines worldwide have all decided that Teruel is the perfect place to store the giant of the skies.

With today’s arrival, the A380 fleet at the Spanish aircraft nursery comprises the following aircraft (dates are MM/DD/YYY, all data from ch-aviation.com except last flights, which are from FlightRadar24.com),

How many airbus A380s do you think will end up in Teruel? Let us know what you think and why in the comments below!