The latest round of coronavirus testing on drivers, teams and other personnel working at Grand Prix venues has... The post Eight more F1 personnel test positive for coronavirus appeared first on F1i.com. 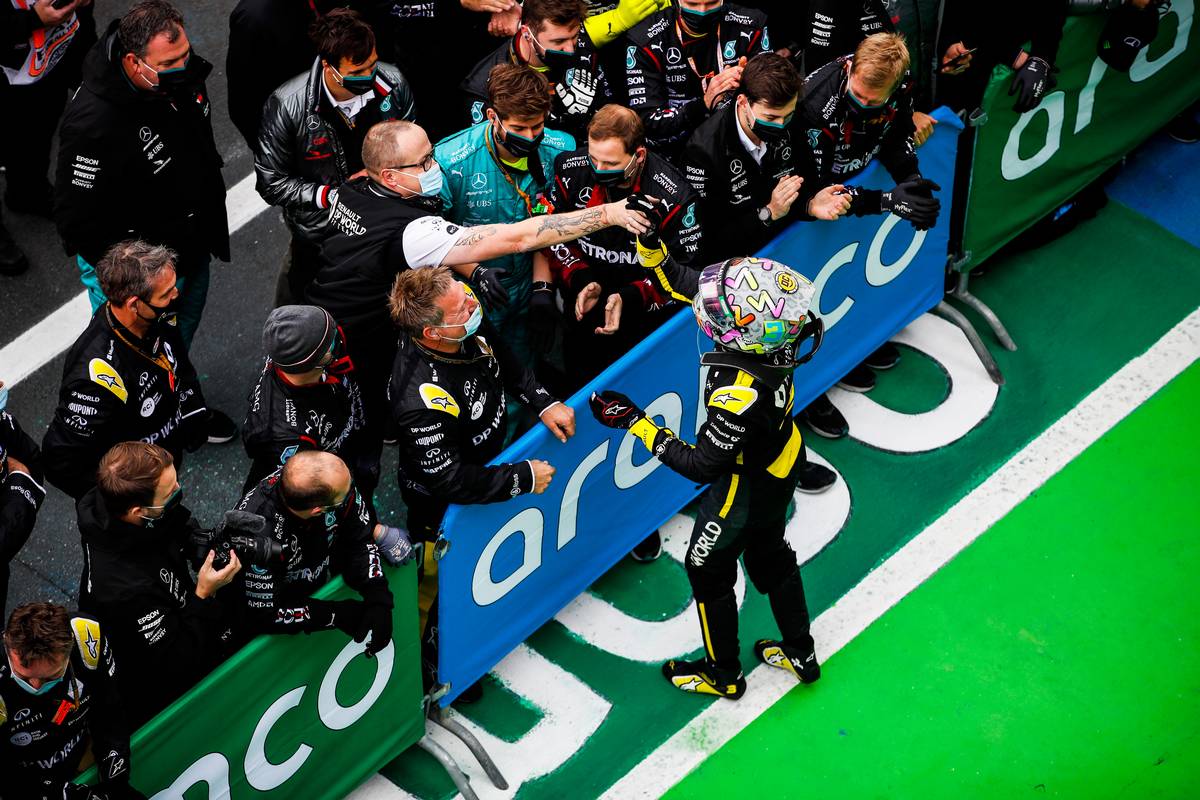 The latest round of coronavirus testing on drivers, teams and other personnel working at Grand Prix venues has returned a further eight positive results.

The FIA's rules mandate a coronavirus test every five days for those deemed 'Profile 1 Attendees'.

Anyone returning a positive result is required to isolate, and any team members in their immediate 'sub-bubble' to be quarantined pending further testing and investigation.

Just over 1500 tests in total were conducted in the week between Friday October 9 and Thursday October 15, covering the period spent at the Nurburgring for last weekend's Eifel Grand Prix.

Two members of the Mercedes team tested positive for coronavirus last week, but it did not affect the overall operation of the team at the race and neither Lewis Hamilton nor Valtteri Bottas were involved.

So far only one Formula 1 driver had returned a positive test result, with Racing Point's Sergio Perez forced to sit out the Silverstone double header in August.

However MotoGP has been rocked this week by a positive test for one of the sport's biggest stars, Valentino Rossi, which will force him to miss the next two rounds of the motorcycling world championship.

"Unfortunately, this morning I woke up and I was not feeling good," Rossi told fans on social media. "My bones were sore and I had a slight fever, so I immediately called the doctor who tested me twice."

RaceFans.net reports that two Renault team members have returned positive tests in the latest round.

According to the report they were among those due to take part in the team's filming day at the Circuit de Barcelona-Catalunya. Fernando Alonso was behind the wheel ahead of his full-time return to F1 in 2021.

The pair were among six team members believed to have been isolated in their hotel before the filming took place. There's no suggestion that any of those involved breached the strict FIA COVID-19 protocols.

There has been a worldwide upturn on coronavirus in recent weeks, with France, the Netherlands and Belgium among those imposing strict new measures to bring the spread under control.

The UK has also designated large parts of the country to be at 'high' or 'very high' risk of coronavirus. F1 has an 'elite sports exemption' that allows it to continue operating despite the latest restrictions.