Embraer is looking to discuss government support. After a deal with Boeing fell through, the Brazilian aircraft manufacturer… 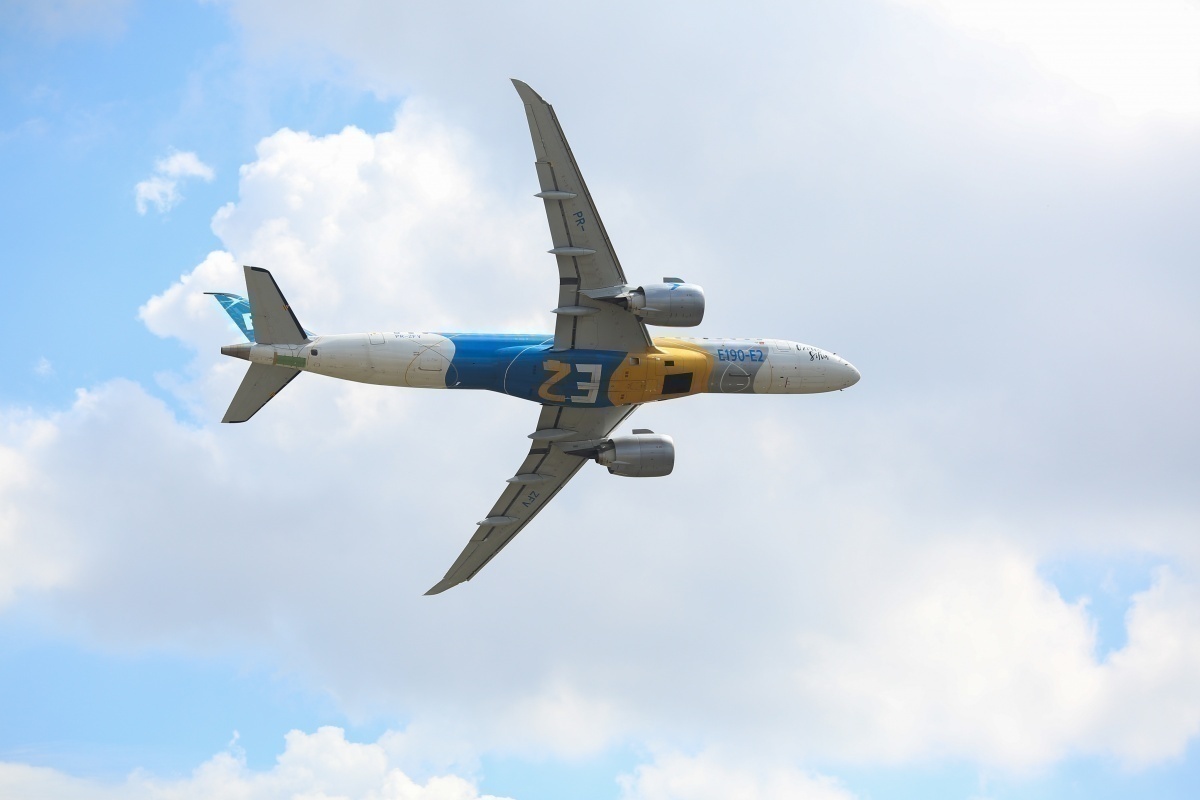 Embraer is looking to discuss government support. After a deal with Boeing fell through, the Brazilian aircraft manufacturer is now seeking over $1 billion in credit lines to stay afloat through the current crisis, according to a May 6th Reuters report.

Brazilian aircraft manufacturer Embraer has hired an investment bank, Itau BBA, to advise in talks with the Brazilian Development Bank (BNDES) for government support. The planemaker is seeking credit lines of between $1 billion and $1.5 billion. This move comes after a deal with Boeing fell through.

The Brazilian manufacturer was relying on the Boeing deal to help shore up its position in the market and to receive a boost of cash. However, Boeing pulled out, and the two are engaged in a bit of bad blood. Embraer, meanwhile, has said it will seek damages against Boeing.

What comes next for Embraer?

Manufacturers and airlines alike are in a desperate need for cash. Airlines are not placing orders, and manufacturers are seeing customers defer deliveries. Even past letters of intent or memorandums of understandings are under the microscope as airlines debate whether or not to proceed.

Worse yet, Embraer’s latest jet, the E2 next-generation variant of the popular E170-family, has not been selling terribly well. In the wake of this crisis, some airlines may also alter their orders for the E2 jets to reduce liabilities. This would put Embraer in a tight spot– especially since it does not have a firm alternate plan.

What happens if Embraer does not get aid?

One of the first things that could go is jobs. This is especially true if Embraer decides to reduce output or else shut down certain facilities. Already, in April, the manufacturer had to work with its employees on furloughs to cut costs. These furloughs may turn into permanent cuts if Embraer does not get aid.

In an absolute worst-case scenario, Embraer may have to sell off some of its divisions. This would most likely include the commercial division. Perhaps Mitsubishi could take it over in order to shore up its regional jet brands is continuing its acquisition of Bombardier’s CRJ division. This would give Mitsubishi an enviable share of the market. Other contenders who could come to Embraer’s assistance include Chinese businesses looking to gain a presence in the commercial aircraft market.

Brazil could have a vested interest in protecting Embraer

The Brazilian Air Force is a major customer for Embraer. In order to keep future aircraft design, operations, and maintenance in the country. Part of the aid could come in the form of a government order for defense aircraft. Although, it is unclear if the Brazilian Air Force would want more jets. Nevertheless, it would be one way for Embraer to earn cash without taking on debt.

Discussions may take some time, however. The government may seek certain conditions from Embraer, such as no layoffs, equity stakes, or some other form of control.

Do you think Embraer will or should receive government support? Let us know in the comments!

Simple Flying reached out to the aircraft manufacturer. However, Embraer was not immediately available for comment. This article will be updated accordingly.

American Airlines Doubles Time Passengers Must Be At The...