Last week, Ethiopia's air force carried out 8 strikes on targets which the government said were military in nature and aiding the TPLF

Ethiopia’s military on Tuesday launched another airstrike in war-torn Tigray, hitting what a government official called a rebel training facility just outside the regional capital Mekele.

Tigray was pounded by near-daily aerial bombardments last week in a sign the military was stepping up its use of airpower in the year-long war against the Tigray People’s Liberation Front (TPLF).

The bombings in the northern and western parts of Tigray have drawn international censure, and disrupted UN access to the region where an estimated 400 000 people face famine-like conditions under a de-facto aid blockade.

The latest strike was in Quiha, a town five kilometres (three miles) east of Mekele, which the TPLF recaptured from government forces in June and has held ever since.

“A special forces training centre for the terrorist group TPLF has been the target of today’s airstrike,” government spokeswoman Selamawit Kassa said.

“(A) large number of the group’s illegally recruited military personnel were taking military trainings at this center.”

“So far, the information we have is that there was no casualties from the airstrike,” the network reported.

Last week, Ethiopia’s air force carried out 8 strikes on targets which the government said were military in nature and aiding the TPLF.

Most were in and around Mekele. But on Sunday the military confirmed strikes further afield in Adwa to the north of the capital, and another along the ‘western front’ of the war at Mai Tsebri.

The UN said 2 strikes on Mekele on 18 October killed three children and wounded several other people.

The TPLF said the strikes were evidence of the government’s disregard for civilian lives.

The escalation in aerial assaults coincides with ramped-up fighting in Amhara region, south of Tigray.

Western powers, including the US, have condemned the strikes as an unacceptable risk to civilians.

A strike Friday on Mekele forced a UN flight carrying 11 humanitarian personnel to turn back to the Ethiopian capital Addis Ababa, and the UN subsequently announced it was suspending its twice-weekly flights to the region.

The conflict has spurred fears of widespread starvation in Tigray, with the UN and other agencies reporting chronic difficulties getting aid supplies into the stricken region.

The UN said last week that fuel shortages had forced some relief groups to suspend food distribution in a region where 5.2 million need aid.

Earlier in the month, it said the number of young children hospitalised due to severe malnutrition between February and August was double the number recorded during the same period last year.

AFP has documented starvation deaths in multiple parts of Tigray, based on internal documents from aid groups active there.

The 2019 Nobel Peace laureate said the move came in response to TPLF attacks on army camps and promised a swift victory, but by late June the rebels had regrouped and retaken most of the region, including Mekele.

AfriForum stands with Quiton de Kock on taking the knee

AfriForum stands with Quiton de Kock on taking the knee

AfriForum said it supported Quinton de Kock’s decision to stand up for his rights and the right to decide which initiatives to support. 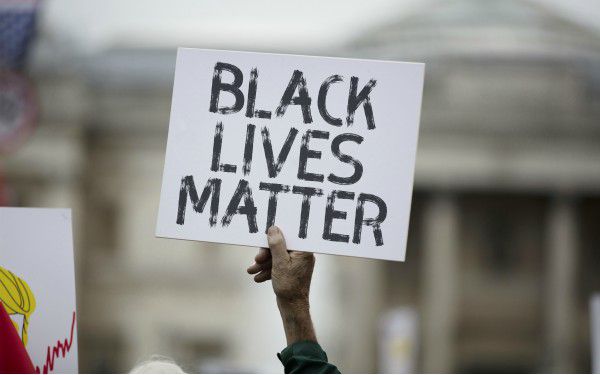 Civil rights organisation AfriForum has strongly condemned Cricket South Africa’s (CSA) directive that all Protea players must be forced to take the knee for the Black Lives Matter campaign.

In terms of this directive, all cricketers who want to represent South Africa at the T20 World Cup must take the knee before games. Failure to do so will presumably lead to being dropped from the team and facing sanction from CSA.

Ronald Peters, AfriForum’s Manager of Sport said in a statement on Tuesday that the unanimous decision, made by the CSA Board on 25 October was an ultra-vires abuse of authority.

The decision to take the knee should remain precisely that, Peters added.

Many top athletes from many different cultural, national and racial backgrounds have expressed their reasons for refusing to take the knee. More recently, many who took the knee initially have decided to stop doing so. Many have argued that the gesture is no longer powerful because everyone does it, yet actual change is slow to occur, or nothing changes at all.

AfriForum said it agreed with the view that a gesture loses all merit and meaning when it is forced on people. Forcing professional athletes to forego their rights and freedoms is unacceptable, the organisation said.

AfriForum said that it supported Quinton de Kock’s decision to stand up for his rights and the right to decide which initiatives he wants to support.

“We further support this decision because the position taken by CSA in this case is unfair and violates several human rights. AfriForum will liaise with its legal team to consider the way forward,“ the organisation said.