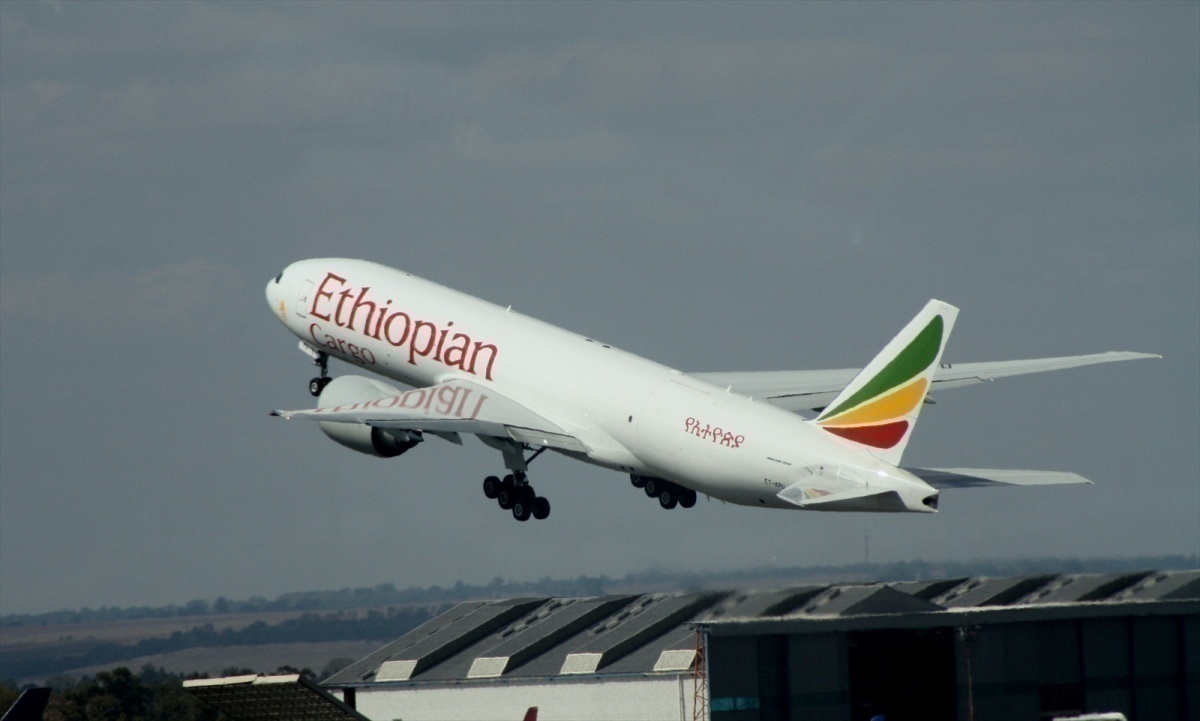 An Ethiopian Airlines Boeing 777 landed in Banja Luka in Bosnia Herzegovina last week, on 15th April. This was a cargo flight, arriving from Addis Ababa where it had arrived the previous day from Guangzhou. Banja Luka isn’t a typical destination for the airline. So what was Ethiopian doing at this airport?

Why is Ethiopian in Bosnia and Herzegovina?

RTS reports that this Ethiopian Boeing 777 brought 200 ventilators to Banja Luka as part of an effort to triple the available medical equipment in Republika Srpska, an entity of Bosnia and Herzegovina.

The cargo flight is one of many unusual sightings around the world, resulting from restrictions imposed to combat COVID-19. Ethiopian was carrying equipment purchased by Republika Srpska for its health service. The operation was planned for a whole month before the flight took off: Republika Srpska was awaiting the necessary “support” from Chinese delivery services.

RTRS vijesti, the TV network of Republika Srpska, posted photos of the aircraft on its Facebook page.

An unusual sighting in Banja Luka

The landing of this Boeing 777 in Banja Luka is highly unusual. Prior to the suspension of passenger services, Banja Luka Airport (BNX) was served by only two airlines: Ryanair and Air Serbia.

Even then, Ryanair only launched its first service to Banja Luka in October 2018. The arrival of Ryanair has made the airport considerable busier. In fact, Banja Luka Airport saw more than 100,000 passengers last year for the first time in its history.

Air Serbia serves the town with an ATR-72. Connectivity out of Banja Luka is limited, but the airport’s catchment area is wide. Thus, Air Serbia flies there six times weekly to connect it to its hub in Belgrade and feed its ever-growing network.

Ethiopian Airlines was hit hard by the current slump in demand for air travel. Several weeks ago, the airline’s CEO, Tewolde Gebremariam, revealed that Ethiopian suffered $550 million in losses between January and March. However, he also said that he remains confident the airline will remain flying.

In March, Ethiopian Airlines transported 45,848 tons of cargo to different parts of the world, deploying both its freighters and passenger fleet. The focus on cargo flights will enable Ethiopian to survive until July.

Thus, it is not surprising that Republika Srpska has managed to organize the delivery of its purchased medical supplies to Banja Luka Airport with Ethiopian, even though the equipment came from China.

Where do you think we’ll see an Ethiopian Airlines freighter next? Let us know what you think in the comments below.

All Is Not Lost For Virgin Australia’s Frequent Fliers