Etihad Removes The Airbus A380 From Its Website Entirely

Going to Etihad’s website and navigating to its ‘Fleet’ page, you’ll notice that the carrier’s A380 is no… 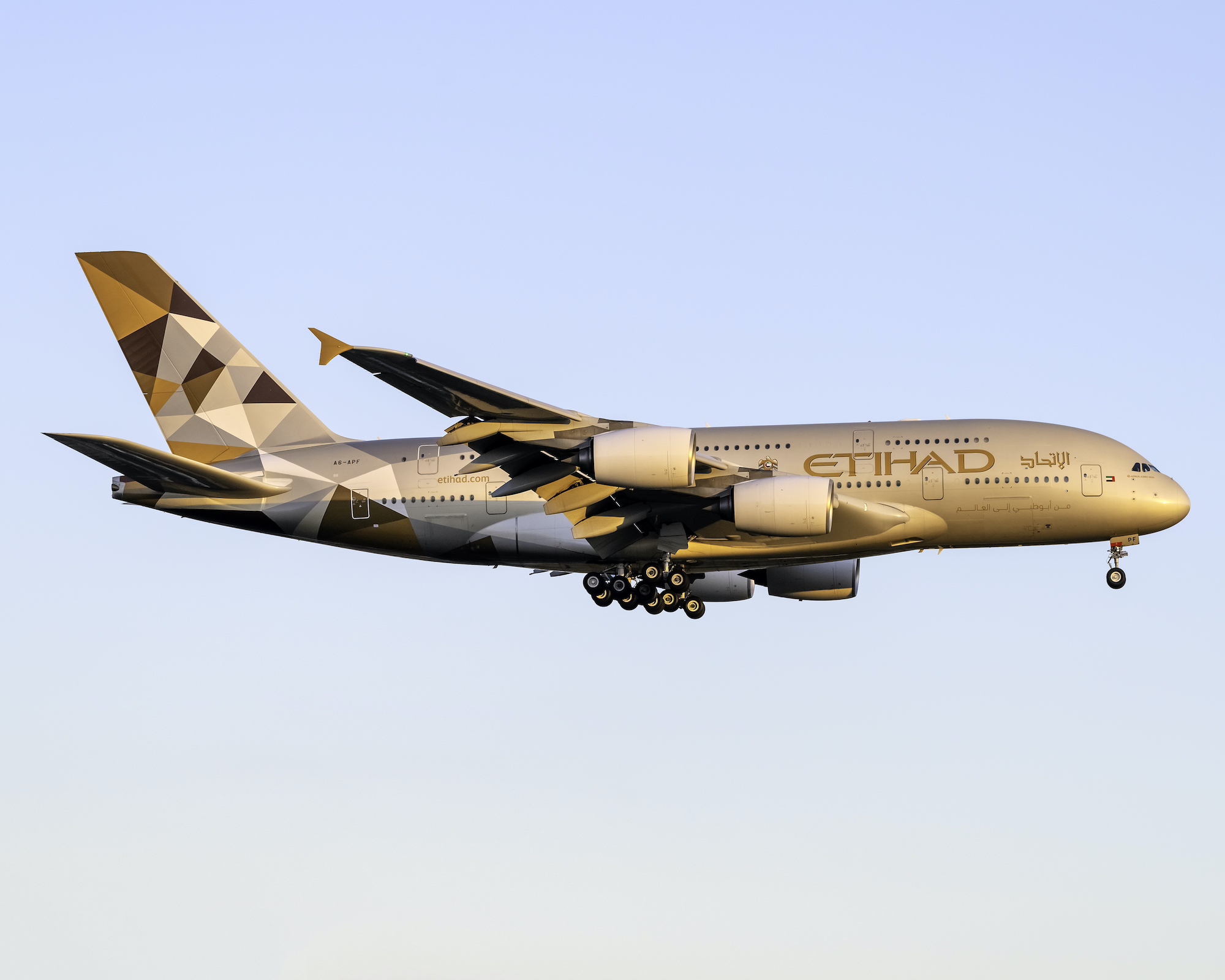 Going to Etihad’s website and navigating to its ‘Fleet’ page, you’ll notice that the carrier’s A380 is no longer listed. Taking this further, any mentions of Etihad’s special A380 cabins are missing as well. These include the airline’s first class ‘Apartment’ suites and the unique three-room suite known as ‘The Residence.’ While we were already fairly certain that the A380 would not return to Etihad, this website change takes things a step further.

When retiring an aircraft as large and iconic as the Airbus A380, most avgeeks would expect to hear something from the airline. When Air France decided to retire its A380 fleet, it was at least accompanied by a statement on the Air France-KLM website and a special video on YouTube.

Etihad had actually used the A380 for much of its public image. Installing new and unprecedented levels of inflight luxury for its top-tier passengers certainly filled much of the airline’s marketing material.

And it wasn’t just Etihad passengers that were able to enjoy the A380. The airline had performed flyovers for several years as part of Etihad sponsoring the Abu Dhabi Grand Prix. These epic performances, often accompanied by the UAE National Aerobatics Team, showcased the grandeur of the Etihad A380.

It’s because of this historic publicity that we’re disappointed that the A380 wasn’t granted a better farewell – if that is, in fact, what’s going on. If these jets are truly gone for good, Etihad has taken the approach of acting like the aircraft never existed as their way of saying goodbye.

If this is Etihad’s way of officially retiring the type, we can’t be too surprised about the A380’s disappearance. After all, we were warned just last month.

It was earlier in March that local UAE publication The National, reported Etihad’s CEO, Tony Douglas as saying,

“We have now taken the strategic decision to park the A380s, I’m sure it’s very likely that we won’t see them operating with Etihad again.”

Since the fleet was grounded, a portion of the A380 fleet had been relocated to Tarbes in France for long-term storage. This is still the case, with several A380s remaining in Abu Dhabi.

Giving us further confirmation that Etihad’s A380s won’t return is Planespotters.net. The fleet tracking site has moved Etihad’s 10 A380s from ‘Current’ but ‘Parked’ list, over to the ‘Historic’ column. The site says that the ‘Exit Date’ for all 10 superjumbos was March 2020.

Despite all of these indicators, we would still love to have some form of official confirmation from the airline about the A380s fate. Simple Flying reached out to Etihad requesting a comment or statement on this change. At the time of publication, no response was received.

Do you think there is any chance at all now that Etihad will use the A380 ever again? Let us know your thoughts by leaving a comment.

Room To Grow: Delta Air Lines Flying 90% Of Fleet But Underutilizing It