Etihad Reportedly Considers Scrapping The Airbus A380 & A350

Etihad is reportedly considering scrapping its Airbus A380 and A350 fleets. The airline operates ten of the giant… 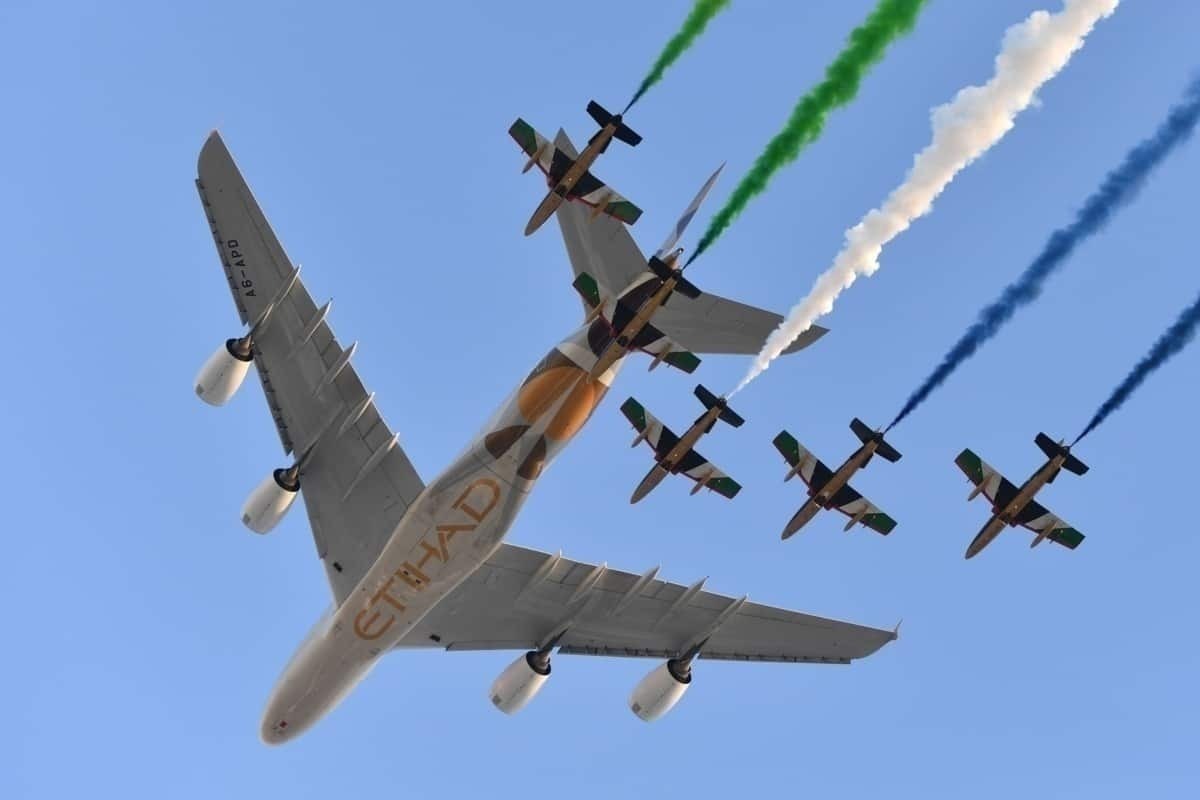 Etihad is reportedly considering scrapping its Airbus A380 and A350 fleets. The airline operates ten of the giant of the skies and has yet to receive any of its A350 orders in Abu Dhabi.

The news this week has been bad for all Airbus A380 lovers. Since the start of the current crisis, 16 A380s have been retired early, with suggestions that more could follow. Indeed, yesterday Air France became the first operator to completely scrap the giant from its future fleet. However, it would come as no surprise if others followed suit as a result of the current pit that the industry is in.

Reuters today reported that Etihad Airways is considering cutting two Airbus aircraft types from its fleet structure. Firstly, Reuters’ sources said that the airline was considering permanently grounding its Airbus A380 fleet. This wouldn’t come as a considerable shock, as airlines across the world are looking to reassess keeping the giant.

What is maybe more surprising is that the sources also mentioned that the carrier is considering whether it will even operate its five Airbus A350-1000s on order. The aircraft have all been completed, but are yet to be properly delivered to Etihad.

So, what’s happening with Etihad’s Airbus A350 aircraft? According to AIBFamily, four of the five aircraft have been delivered on contract, with the fifth having recently undergone a customer acceptance flight:

“Etihad Airways will retime the entry into service of five new Airbus A350-1000 aircraft as part of its ongoing business transformation plan.”

What about the Airbus A380?

It is slightly less surprising to learn that Etihad is reassessing the Airbus A380 in its future operations, as many airlines are surely having the same discussions. Even rival airline Emirates is reportedly looking to cut its Airbus A380 fleet.

Etihad Airways has a reasonably young Airbus A380 fleet. According to Planespotters, the airline’s fleet has an average age of under five years. Half of that of Air France’s recently retired fleet. Etihad’s A380s are the only to be fitted with an apartment suite.

If Etihad were to retire the A380 and not operate the A350, it would be left with four aircraft types. These are the Boeing 777, Boeing 787, the Airbus A320 family, and finally, one Airbus A330, which recently operated a historic flight to Tel Aviv.

Simple Flying has contacted Etihad for comment regarding this story.

Do you think Etihad should reconsider its Airbus A380 operations? Let us know your thoughts in the comments.

Abu Dhabi-based carrier Etihad Airways is rumored to have plans to lay off 1,200 of its employees. The… 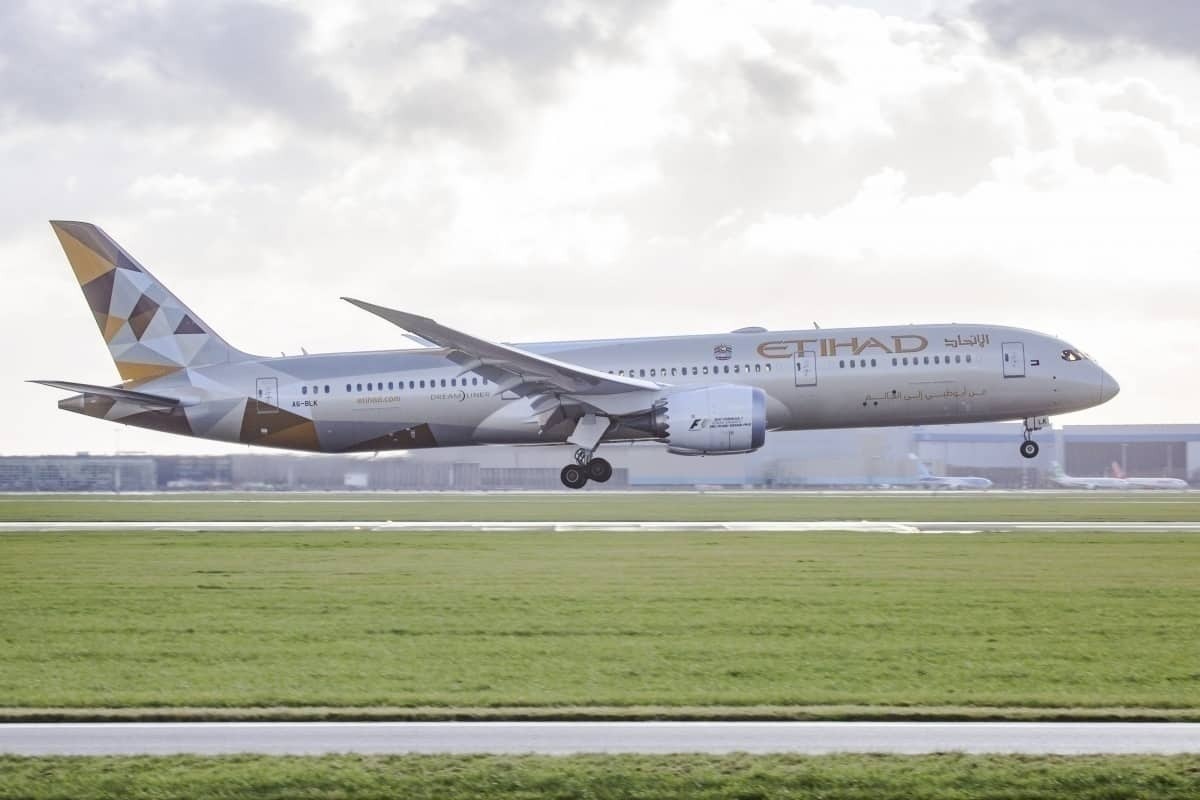 Abu Dhabi-based carrier Etihad Airways is rumored to have plans to lay off 1,200 of its employees. The rumors of a workforce-downsize are accompanied by whisperings that the airline may also retire its Airbus A380 fleet while cutting its plans to add the A350. The news, published earlier today, comes from “company and industry sources,” according to Reuters.

This unconfirmed news comes as many airlines around the world make similar moves to their workforce compositions. With significantly reduced travel demand at the moment, airlines have an over-capacity problem, with scores of aircraft parked in long-term storage facilities around the world. With fewer flights and fewer aircraft, naturally, there is a reduced need for workers.

A short-term crisis would probably see ‘wealthy’ airlines hold on to their redundant staff through the duration of the hardship. However, airline executives and industry experts around the world consistently provide “two to three years” as the time frame for the industry to attain 2019 traffic levels once more. With this longer time frame in mind, airlines are forced to shrink quickly and reduce cash burn as soon as possible.

With that being said, Etihad’s rumored plan to lay off 1,200 employees is relatively small. The airline had 20,530 employees as of August 2019, but already laid off hundreds of staff. If we assume around 500 staff have already been let go, then losing 1,200 employees would only be an additional 6%.

With many middle eastern carriers hiring migrant workers and ex-pats from around the world, this may have far-reaching effects on labor markets further afield. Airlines like Etihad have often hired workers from Eastern Europe and the Balkans as well as South Asia and the Phillippines. If these workers return to their homes, there may be an over-abundance of airline workers in those regions.

The biggest round of cuts we’ve seen recently has been from Air Canada. The Canadian carrier has plans to cut 50-60% of its staff within the next few weeks. This equates to as many as 20,000 workers.

With Etihad abandoning its plans to become a global hub airline similar to Emirates and Turkish Airlines, it has further reason to downsize its operations. Indeed, major competition in recent years from both Emirates and Qatar Airways have presented challenges for the UAE carrier. Its revised strategy, according to Reuters, is to become a “mid-sized carrier operating direct flights.” Whether or not this strategy will prove successful remains to be seen.

Do you think the rumors are true? Or worse, could the number of layoffs be higher? Let us know your thoughts in the comments.

Simple Flying reached out to Etihad requesting comment or statement on this subject. However, at the time of publication, no response was received from the airline. We will update this article if any new information comes on.

Could United Close Down Any Of Its Hubs?