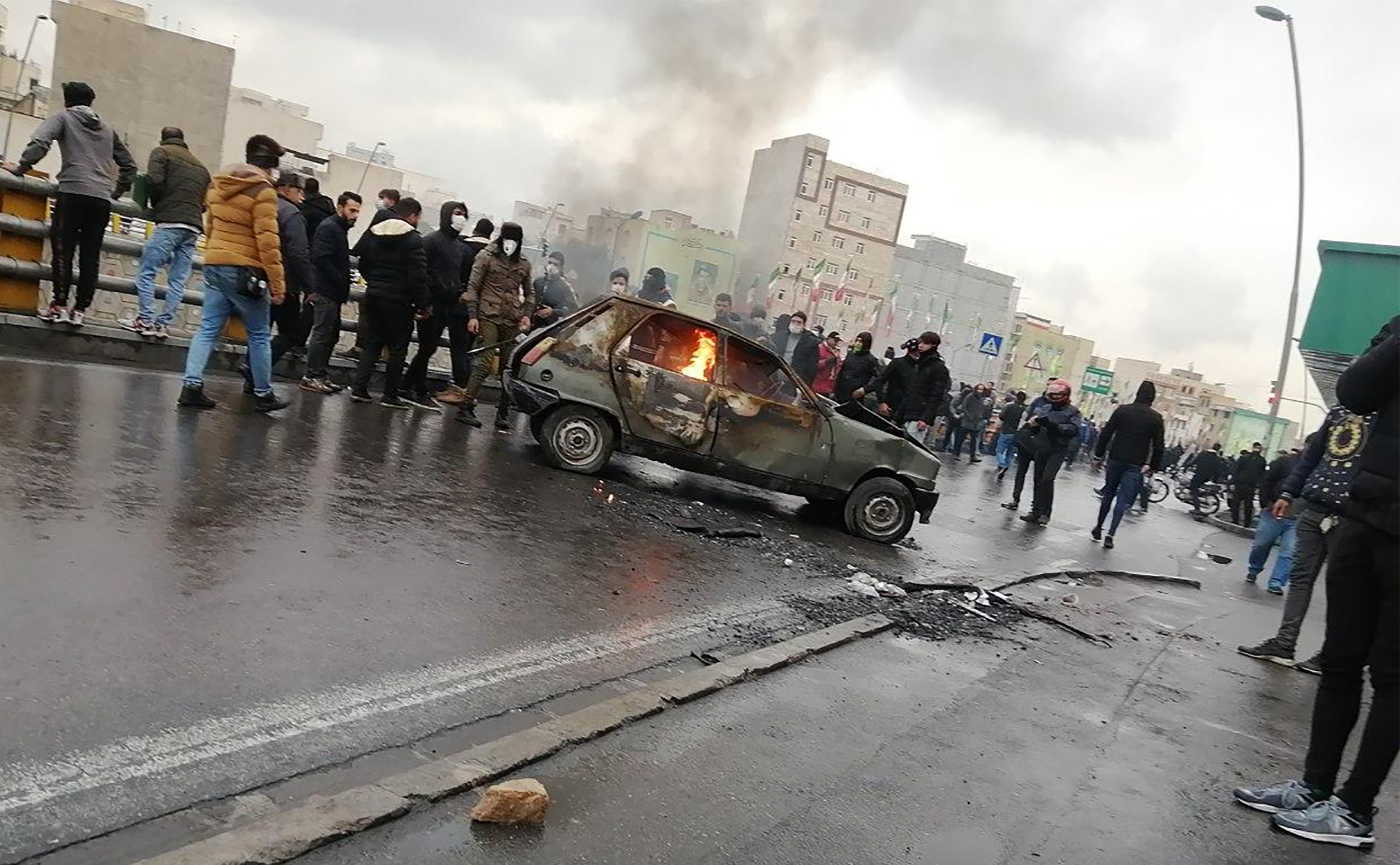 The EU has sanctioned eight members of the Iranian security forces and three Iranian entities for their role in the violent response to widespread protests in 2019 over economic conditions in the country.

The demonstrations erupted following Tehran’s decision to boost fuel prices 50 percent overnight, a damaging jump for economically strapped Iranians. For several days, people across the country took to the streets, where Iran’s security forces responded with force, killing hundreds of people, according to human rights organizations.

The EU penalties hit several of the people allegedly involved in that response, including Gholamreza Soleimani, head of Iran’s state-financed militia the Basij Organization, which, the EU said in its official gazette, “used lethal force to suppress the November 2019 protests in Iran, causing the deaths of and injuries to unarmed protesters and other civilians in many cities across the country”.

The three sanctioned Iranian entities are prisons where human rights abuses — including torture — allegedly occurred during the demonstrations.

The London-based human rights group Amnesty International has pinned the deaths of 304 men, women and children on Iran’s security forces during their crackdown on the mass protests. Tehran regularly dismisses such reports as baseless.

Separately, the Council also decided to extend for a year existing Iranian human rights sanctions first put in place in 2011.

In total, the EU now has human rights sanctions against Iran on 89 individuals and four entities. The restrictive measures consist of travel bans and asset freezes, as well as a ban on exports to Iran of equipment that might be used for internal repression or monitoring communications. In addition, EU citizens and companies are forbidden from making funds available to the sanctioned individuals and entities.

The new sanctions come as EU officials are negotiating with Iranian officials in Vienna over restoring the 2015 Iran nuclear deal, which severely curbed Tehran’s nuclear program in exchange for lifting international sanctions. In 2018, the Trump administration pulled the U.S. out of the deal, putting its survival in doubt. But the Biden administration is trying to resurrect the agreement.

The EU, for its part, lifted all nuclear-related economic and financial sanctions against the Iranian regime in January 2016, but some restrictions have remained in place.

As Australia clashes with China, the EU lies low

He raped a 12-year-old girl. They built him a statue.