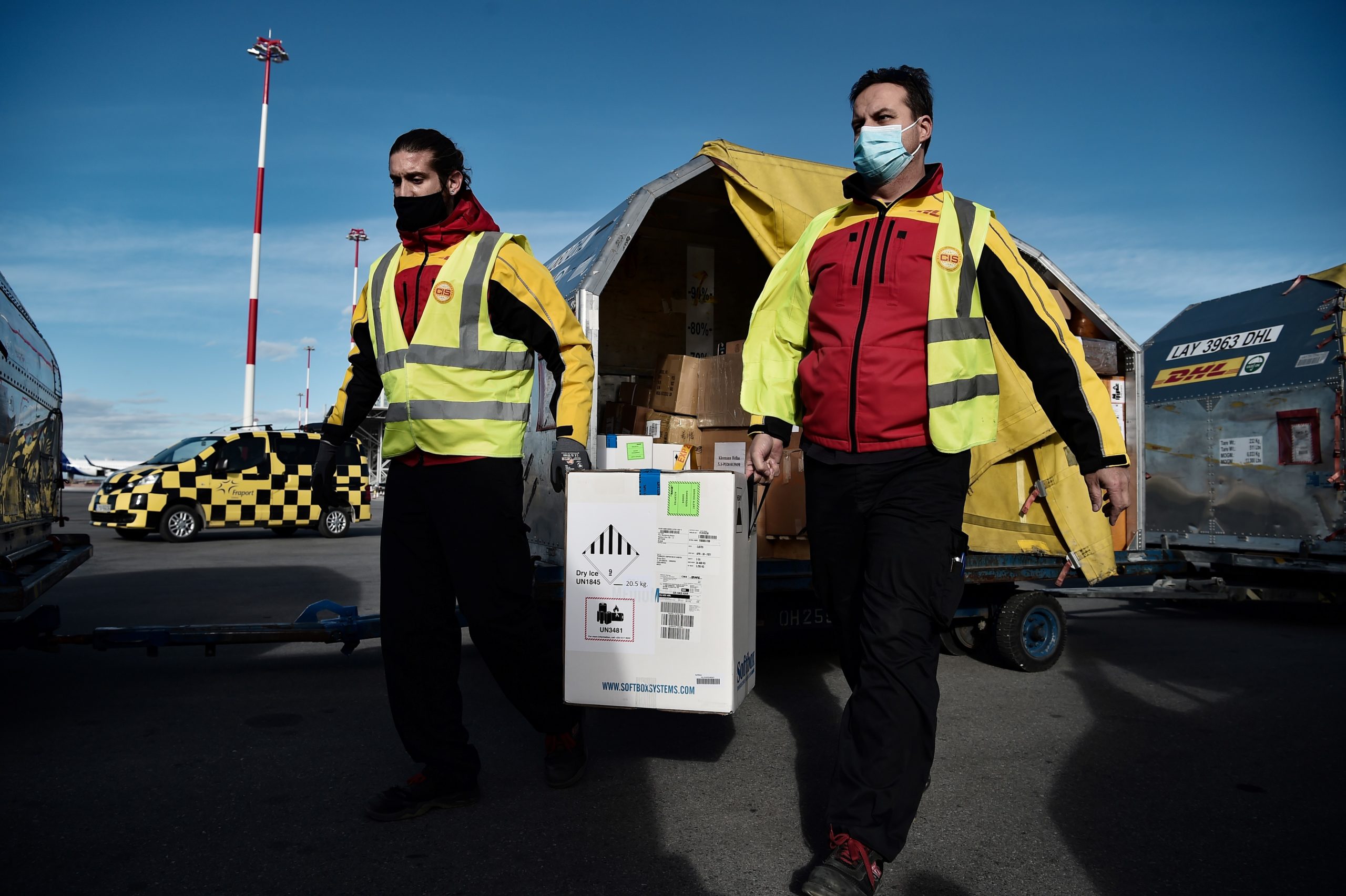 Europe has three days to decide how tough it will be in a global fight over restricting vaccine exports.

Infuriated that vaccine deliveries from Anglo-Swedish pharmaceutical giant AstraZeneca will fall short, European officials are raising the prospect of export restrictions on coronavirus vaccines produced in the EU, with Brussels promising a mechanism “by the end of the week.”

The big question is how far the mechanism will go. That dilemma is now pitting liberal-minded Eurocrats in Brussels against national politicians, who are facing growing public outrage over the EU’s botched vaccine rollout compared with faster deliveries in the U.S., U.K. and Israel.

While political heavyweights like German Health Minister Jens Spahn want EU countries to be able to restrict exports outright, this is anathema to the evangelical free-traders who run the EU’s overarching trade policy in Brussels.

Indeed, the call for export restrictions is pushing the European Commission’s trade department into an excruciating position because it is normally one of the leading global forces preaching against trade restrictions and protectionism as a way of dealing with economic shocks. It is also acutely aware that such restrictions could sour relations with EU allies and neighbors who rely on vaccines produced in the EU.

In a sign of the Commission’s internal agonizing about what restrictions to propose this week, EU trade chief Valdis Dombrovskis said on Tuesday that this week’s measure was not “primarily” intended to block consignments of drugs at ports. Instead, it was meant to create more accountability among pharmaceutical companies by shining a light on when and where they are shipping their medicines — a subject on which the EU is struggling to get satisfactory answers from Big Pharma executives.

“It’s worth noting that we are not planning to impose an export ban or export restrictions,” he said when asked by POLITICO about the new law. “It’s primarily an export transparency mechanism to bring clarity on production capacity of manufacturers, number of doses produced, at which production centers, how many doses sold to which countries, how many doses exported. So primarily it’s a matter of transparency on the deliveries.”

And despite some of the saber-rattling rhetoric coming from the EU, British Health Secretary Matt Hancock said he was confident that a blockade was not on the cards. “I’m sure that we can work with the EU to ensure that, while transparency is welcome, that no block is put in place. I’m glad to say that I’m confident, having spoken to the chief executives both of Pfizer and AstraZeneca, I’m confident of the supply of vaccine into the U.K. I’m confident that won’t be disrupted.”

U.K. Prime Minister Boris Johnson has also called on the EU not to erect actual barriers.

While the free-trading trade officials in Brussels are technically in charge of this week’s measures, two people close to the decision said there is no guarantee that they will necessarily win the fight over the shape of the new mechanism and restrict it to the monitoring of transparency.

Politics are looming large and the Commission must contend with an increasingly brutal public backlash over why Europe it is lagging so far behind many nations in the public vaccination campaign.

People working in the Commission said there was a repeat of the power dynamics that last year forced the EU to restrict exports of masks and other safety gear.

Last spring, Germany and France blocked exports of masks outside their own borders. Fearing a collapse of the single market, the Commission publicly called for the removal of such restrictions, but Berlin only agreed to remove its ban after the Commission imposed restrictions on exports outside of the EU.

Once again, Germany is one of the driving forces for strong action. “A legal obligation for authorization of vaccine exports at EU level makes sense,” Spahn said on Twitter Monday, reiterating this point in several TV interviews.

Spahn, considered a potential candidate to run for chancellor in this year’s national election, has in recent months faced intense criticism over outsourcing vaccine purchases to the EU. Critics from the Socialist Democrats and from within his own center-right Christian Democrats blamed that decision for delays in the roll-out of vaccines compared to countries such as Israel, the U.S. and U.K.

Experts and EU lawmakers were quick to warn that any export restrictions could promptly escalate into an all-out trade war over vaccine supplies. One of the major dangers is that the supply chains to make the vaccines are often interwoven across several countries, so the effect of mutually escalating restrictions on vaccines could have a knock-on effect on production.

“Not long ago, the COVID-19 vaccine was still a ‘public good,'” said Bernd Lange, chair of the European Parliament’s trade committee. “Now the fight for it has well and truly begun.”

The message that even the supposedly open markets of the EU were willing to play the export restriction card would also risk a global domino effect.

“I think the opponents and the cynics of globalization are going to have a field day,” said Simon Evenett, professor of international trade at the University of St. Gallen in Switzerland. “Even among the industrialized countries, they are now fighting over who gets it: We have the EU about to impose an export authorization scheme, which is a fancy way of curbing exports, allowing their member states to curb exports.”

The European Parliament’s Lange warned that any new measures would hurt the EU’s credibility internationally, as it has so long lectured other countries against such policies.

“I believe this is a double standard,” Lange said. “In the World Trade Organization, the EU is advocating for the free flow of medicines against COVID. I would find it strange if we now imposed measures that restrict contrary to that principle and restrict exports.”

Evenett reckoned the threat to supply chains would ultimately make countries step back from the brink.

“You could imagine that some countries which produce the ingredients for these vaccines are going to hold up the exports there,” he said. “We desperately need here some very sensible heads to be bashed together and to come up with some type of response which gets enough vaccines out to everyone.”