Europe pushes to rescue Christmas despite sacrifice of other religions

The push to save the celebration comes despite the fact that other religious festivals — including Christian ones — have been marked in a muted fashion in recent months. 2020 has been far from festive, but as the year comes to an end, many of Europe's governments are scrambling to avoid stringent lockdowns over the Christmas holidays.

The push to save the celebration comes despite the fact that other religious festivals — including Christian ones — have been marked in a muted fashion in recent months.

The UK government on Tuesday unveiled plans to temporarily relax coronavirus restrictions for five days, from December 23 to 27, allowing up to three households to celebrate together in "Christmas bubbles." This means small groups of family and friends will be able meet in person for what may be the first time in months.

England is currently under its second national lockdown and the UK as a whole has recorded more than 1.5 million COVID-19 cases. 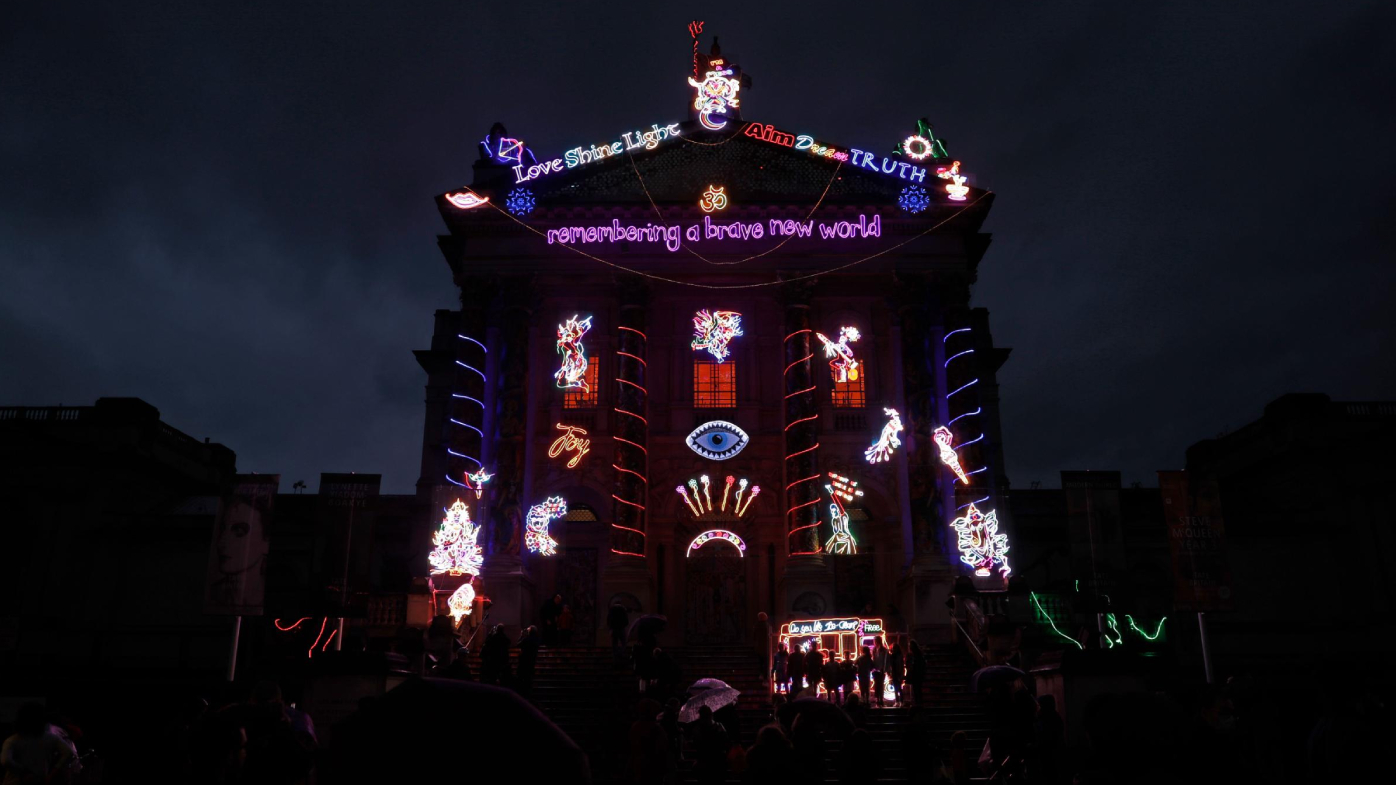 "This year, Christmas will be different," said Prime Minister Boris Johnson. "Many of us are longing to spend time with family and friends, irrespective of our faith or background, and yet we cannot throw caution to the wind. The virus doesn't know that it's Christmas."

The message that stricter autumn rules could lead to a more relaxed Christmas period has been repeated across Europe.

In France, a second national lockdown was imposed at the end of October, but despite non-essential businesses across the country being closed, the government has permitted the sale of Christmas trees, by decree.

A slowdown in the spread of the virus means France's lockdown will begin to ease this weekend, President Emmanuel Macron said on Tuesday. The restrictions could be lifted further on December 15, if the daily number of cases drops under 5000 and there are only 2000-3000 in hospital ICUs.

"We will therefore once again be able to travel without authorisation, including between regions, and spend Christmas with our family," Macron said. Italian Prime Minister Giuseppe Conte urged people to abide by the country's COVID-19 restrictions in order to enjoy Christmas, in a speech earlier this autumn. but Italy has since struck a more cautious note.

Sandra Zampa, an undersecretary at Italy's Ministry of Health, said on November 11 that the government wanted to avoid large Christmas parties. Instead, she said gatherings would likely be limited to close relatives such as parents, children and siblings. "I don't think we can go any further," Zampa said in a local television interview.

The Irish government is set to ease restrictions for nearly two weeks around the Christmas period and is considering allowing up to three households to gather for the holidays, Deputy Prime Minister Leo Varadkar told state broadcaster RTE on Wednesday.

And in Germany, Chancellor Angela Merkel asked the public to obey social distancing restrictions in October, in order to preserve the country's Christmas celebrations.

"We must do everything to ensure that the virus does not spread in an uncontrolled way. Every day now counts," she said on October 17. "How the winter will be, how our Christmas will be, that will be decided in the coming days and weeks."

German MPs are currently considering a draft proposal which would allow up to 10 people to celebrate Christmas and New Year together, CNN affiliate n-tv reported. 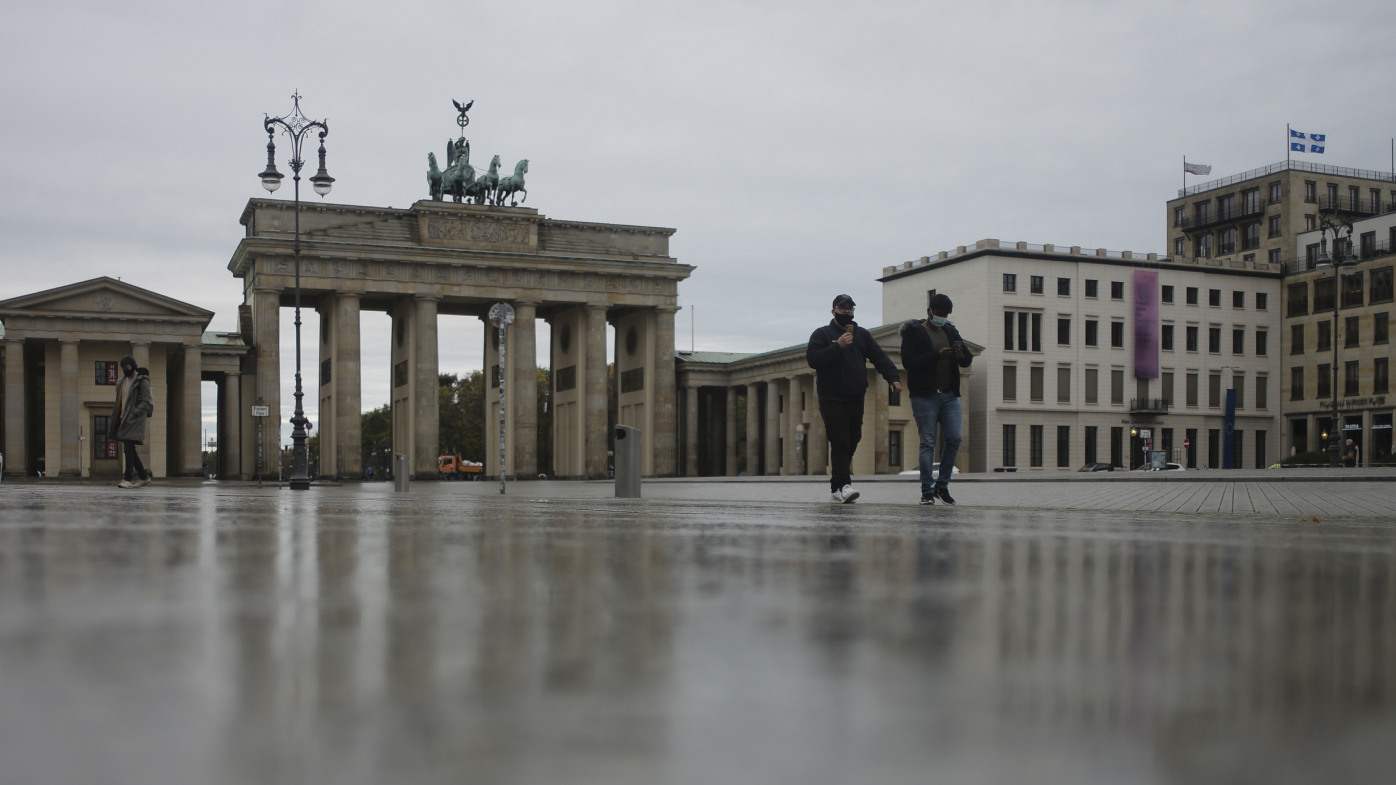 Christmas occupies a unique and outsize place in the religious calendar. But since the epidemic began, Passover, Easter, Eid al-Fitr, Eid al-Adha, Rosh Hashanah and Diwali have all been celebrated across Europe.

All were marked quietly, without government debate. None attracted the fervour inspired by the prospect of a pandemic Christmas.

"Usually we have a lot of spectators, 500 to 1000, this is how usually we celebrate Diwali," she told CNN. "In February it was evident that corona was here. So Amikal decided, let's do it online."

"Christmas could also easily be celebrated online," she added. "Through the digital platform we all can be together, yet we can be safe."

The sense that some festivals are prioritised over others also exists in Britain. Many Muslims in northern England were caught off-guard in July when the government restricted people's movements in some areas, just hours before Eid al-Adha prayers were due to begin. 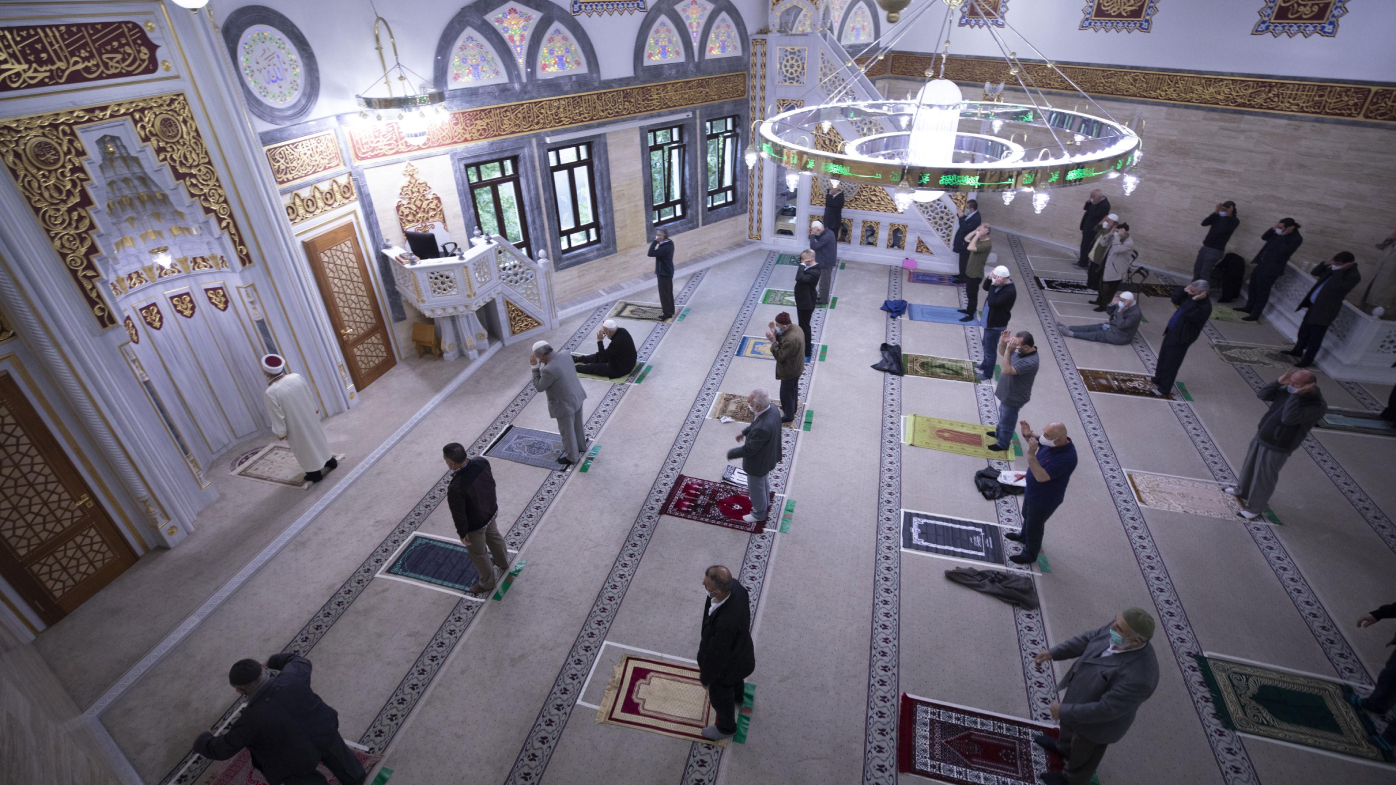 "I think it was right to go into lockdown during the Eid period," said Nadir Mohamed, the executive director of the Centre for Muslim Policy Research, a think tank based in London.

"I think it wasn't so much that people disagreed with the lockdown itself, it was ... a very last hours sort of thing," he said. "There was no effective, or timely communication [about the restrictions.]"

Elizabeth Oldfield, the director of Theos, a Christian think tank, told CNN that Christmas' importance now extends beyond religion, making it a national and secular event as well as a spiritual one.

"Christmas is less the crux of the [Christian] theological year compared to Easter," Oldfield told CNN.

This year, she pointed out, "Christians weren't able to mark Good Friday or celebrate Easter Sunday, which for the majority of Christians is really important."

She added: "This 'saving Christmas' is almost entirely a cultural, civic Christian [idea.] This is not about religion at all, it's about national identity, civic identity."

Oldfield also said governments know that a large number of people celebrate Christmas in Europe, compared to other religious days. In the UK alone, a 2018 survey by polling company YouGov found that nine out of 10 people celebrated Christmas with gifts.

"Sometimes I feel there are two festivals at the same time," Oldfield said. "There's the secular, pagan and consumer-led festival which brings its own joys and then there's the actual Christian festival."

Mohamed said: "Christmas is an occasion that isn't seen in the UK as a purely Christian thing. We're way past those days, everyone gets involved in the festivities one way or another."

Regardless of government efforts, some hallmarks of a European Christmas have already been canceled due to COVID-19.

On November 10, Estonia announced that all events in the country, including Christmas parties, would be canceled, though the government added that: "Celebrating Christmas with family is, of course, allowed."

In Britain, government medical adviser Susan Hopkins has said that if people mix during the Christmas break, everyone will need to reduce their contacts again following the holiday.

"Coming into Christmas, we'll need to be very careful about the number of contacts that we have and to reduce transmission before Christmas and get the cases as low as possible," Hopkins said on November 18.

But other experts believe people should not risk gathering for the holidays at all.

"We have not made nine months of sacrifices to throw it all away at Christmas," Gabriel Scally, visiting professor of public health at the University of Bristol, tweeted on November 19.

"The pandemic is going to stay here. The government is doing its [best] but these decisions won't help. We will go into lockdown after Christmas and the R rate will go up," Das told CNN.

"If you have a very ill person in your family, it's probably better not to meet. Probably not a very good idea," she added.

If Europe does choose to celebrate Christmas with a softening of lockdowns, there may be a price to pay in the new year.

Canada has seen a spike in coronavirus cases in the three weeks since its citizens celebrated Canadian Thanksgiving in October. Its largest city, Toronto, went back into lockdown earlier this week.

Dr Mike Ryan, executive director of WHO's Health Emergencies Programme, said the country was a cautionary tale for the holiday season.

"The question is, have you got the disease under enough control to start with, and can you, in a sense, allow people a little bit more freedom over ... the Christmas period, which generates a sense of confidence and a sense of joy in the community, which people need right now — without letting the virus let rip again within our communities. And this is a very important tradeoff," Ryan said at a news briefing on Monday.

Oldfield points out that it is natural for people to want to gather together to celebrate.

"Sometimes this saving Christmas [idea] feels bonkers, because you don't want more deaths in return for your pigs-in-blankets," she told CNN. "But at the same time there's a very deep theological [concept] about thriving through human connection. This is really [happening] because we just want to be together."

Beyond Blue's Coronavirus Mental Wellbeing Support Service is a 24/7 service free of charge to all Australians. or call 1800 512 348

Australia to be hit with summer of grassfires and floods