European Tour: Aaron Rai will take the lead into final round of Irish Open

With one more round to go, Aaron Rai is in the driver's seat. Rai found himself tied for first with Dean Burmester and Jordan Smith (...) 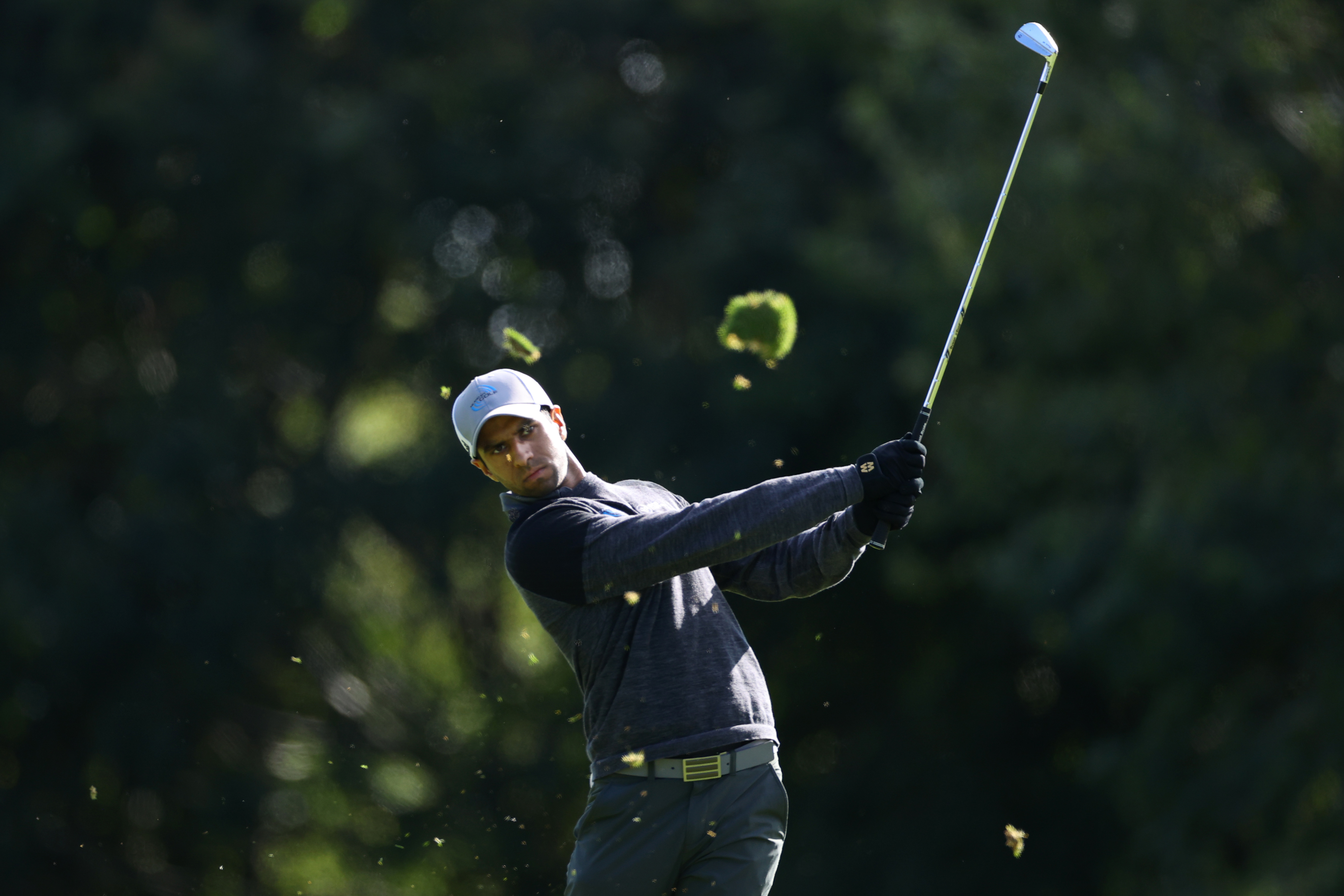 With one more round to go, Aaron Rai is in the driver’s seat.

Rai found himself tied for first with Dean Burmester and Jordan Smith after the inaugural round of this year’s Irish Open. But, after shooting a 3-under 67 on Saturday, he now owns a one-shot lead on the rest of the field.

The 25-year old has remained strong all weekend at Galgorm Golf Resort in Northern Ireland, holding a share of the lead after each of the first two rounds. He bounced back from an even-par 70 on Friday to assume sole possession of first place at 8 under.

“I was pleased with the round overall,” said Rai, who made up for his two bogeys with five birdies. “The course doesn’t play easy, even in easy conditions today, and it’s always a little different going out in the final group and being co-leader going into day three. It was nice to be able to play with that and to play relatively freely and play solid today.”

If Rai can secure the win, he would be the first Englishman since Sir Nick Faldo in 1992 to lead the Irish Open after all four rounds. He would also join a winner’s circle that includes Faldo, Seve Ballesteros, Bernhard Langer, Ian Woosnam and Rory McIlroy.

“It’d be incredible,” Rai said about potentially adding his name to that star-studded list. “Any title on the European Tour is fantastic, the Irish Open has an illustrious history, it’s a huge event, it always has been. I want to put that out of my mind going into tomorrow.

“I’ll just hope to try and do the same kind of things and see where it puts us.”

Out to rain on Rai’s parade are a host of worthy opponents led by a hard-charging maverick: Maverick Antcliff, that is. The 27-year old Australian had to play the last eight holes of his second round on Saturday morning (along with 26 others) due to a 90-minute frost delay the day before.

He did so in dramatic fashion, salvaging consecutive bogeys at the 14th and 15th before making an eagle on the last hole.

Antcliff’s third round was nothing to write home about: four birdies and three bogeys for a 2-under 68. But it was enough to keep him one back of Rai going into the last round.

Burmester has fallen back down to Earth after an impressive opening round. He shot 71 on Friday to relinquish his share of the lead, and followed it up with a 68. The South African remains within striking distance, T-3 at 6-under with Sweden’s Oscar Lengden and Thailand’s Jazz Janewattananond.

Rai’s countryman Toby Tree is in the hunt as well. He and Australia’s Lucas Herbert are T-6 at 5 under. First round co-leader Smith is one back of them at 4 under, along with John Catlin and Justin Harding.

The final round of the Irish Open will commence Sunday at 3:26 a.m. ET. Rai and Antcliff, however, are scheduled for the event’s final tee time at 7:50 a.m.

Sharon Duggal: Should We Fall Behind – book review

Jared Wolfe closing in on PGA Tour card with each success

Round with Tiger Woods sparked Gary Woodland's march to...

Back in the bag: Tiger Woods rides trusty Scotty Cameron...