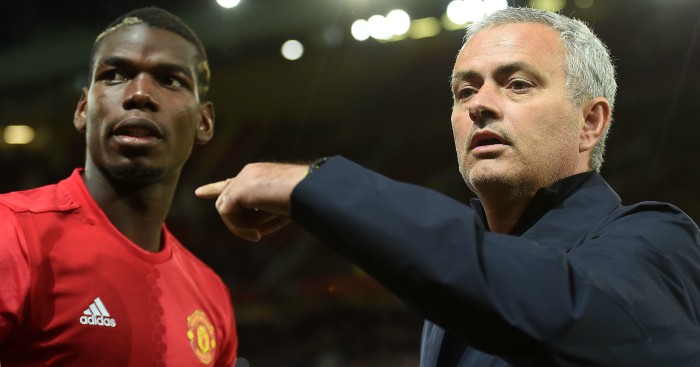 Juan Mata is one manager’s most expensive buy ever. Naby Keita is another. Five have broken their personal records this summer.

Mikel Arteta: Gabriel Magalhaes
The Arsenal new boy is Arteta’s most expensive signing at £23million but the Brazilian might not retain that title for long if the Gunners follow through with their interest in Thomas Partey or Houssem Aouar.

Welcome to The Arsenal, @biel_m04!

Dean Smith: Wesley
Smith broke Aston Villa’s transfer record last summer to sign the Brazil striker from Club Brugge for £22million. It seems Smith wants to spend a similar amount on a striker again this summer, with moves mooted for Ollie Watkins,  and after Callum Wilson opted for Newcastle instead.

Graham Potter: Adam Webster and Neal Maupay
The Brighton boss got a taste for splurging £20million last summer after first bringing Webster from Bristol City before equalling that club-record deal by signing Maupay from Brentford.

Sean Dyche: Chris Wood and Ben Gibson
Wood and Gibson both cost Burnley £15million in successive summers in 2017 and 2018. The Wood deal has worked out pretty well for all concerned. The Gibson one most certainly has not. The former Boro defender was back training with his former side after failing to secure a January exit last winter and this summer has joined Norwich on loan. The Clarets will be lucky to get half their money back should the Canaries make an immediate return to the Premier League.

Frank Lampard: Kai Havertz
It seemed likely that Lampard would be liable for Chelsea’s most expensive signing ever when Havertz arrived last week but Maurizio Sarri still holds that dubious honour after he signed Kepa for £72million – . Havertz, it seems, came in at around £70million.

Roy Hodgson: Eberechi Eze
Palace’s deal to sign the young forward for a fee which could reach £20million . Even Roy’s balls are tingling: “He is an ambitious and dedicated young man whose future looks extremely bright. I am delighted that it will be with us.”

Made in south London. #CPFC pic.twitter.com/iioBGcXrPV

Carlo Ancelotti: Gareth Bale
The Everton boss perhaps rues the day he brought Bale to Real Madrid from Spurs for £85million in 2013 since Ancelotti has pinpointed a row with the Wales star as the beginning of the end for him at the Bernabeu. Ancelotti has also spent more on a single player, but the £90million came across two permanent deals.

Scott Parker: Ivan Cavaleiro
The winger joined Fulham in the winter after the Cottagers opted to exercise their option to make his loan deal a permanent one for the princely sum of around £15million. After becoming a permanent resident at the Cottage, Cavaleiro’s form dried up somewhat, playing a role in only two goals in the second half of the Championship season after being involved in 11 while playing to earn that permanent contract.

Marcelo Bielsa: Rodrigo
Bielsa broke Leeds’ transfer record to land the Spain striker last month for around £27million. Knowing Bielsa, he probably offered to pay half the money out of his own pocket.

Brendan Rodgers: Youri Tielemans
Chucking around £40million at Monaco for the Belgium midfielder was worth it just to scrub Christian Benteke’s name from the top of Rodgers’ list of most expensive recruits.

Ole Gunnar Solskjaer: Harry Maguire
Maguire gets ridiculous stick for not being Virgil van Dijk but there is no question that the United captain has shored up Solskjaer’s previously ropey rearguard. With the £85million centre-back an ever-present, United conceded one-third fewer goals compared to the season before his arrival.

Steve Bruce: Joelinton
We are still waiting for the independent inquiry as to what made the notoriously thrifty Mike Ashley spend £40million on a forward who had yet to hit double figures in a season in either the German or Austrian Bundesligas.

Ralph Hasenhuttl: Naby Keita
The Saints boss oversaw Keita crossing of the Red Bull divide between Salzburg and Leipzig for around half the £48million that was made on selling the midfielder to Liverpool.

Jose Mourinho: Paul Pogba
Mourinho thought he was getting one of the world’s most dynamic midfielders when he broke Manchester United’s transfer record to sign Pogba for £89million. …

David Moyes: Juan Mata
Moyes was waiting at Carrington when Mata’s chopper landed in January 2014 when Manchester United paid Chelsea around £40million for lovely Juan. Moyes was shuffled out of the back door a couple of months later.

Nuno: Fabio Silva
one day, yet it really could go ever so right. Signing an 18-year-old for £35.6m leaves no real middle ground.

The post Every Premier League manager’s most expensive signing… appeared first on Football365.