An Iranian refugee family, who has spent the last eight years in detention, has been released from their cramped Darwin hotel room - where they've been held for just over a year.

An Iranian refugee family who has spent the last eight years in detention has been released from their cramped Darwin hotel room where they've been held for more than a year.

The Golmohammadian family is one of several who were transferred from Nauru to the Northern Territory's capital last February for medical treatment and detained at a compound adjacent to the Mercure Darwin Airport Resort.

The Golmohammadians were flown to Brisbane today after being granted bridging visas. 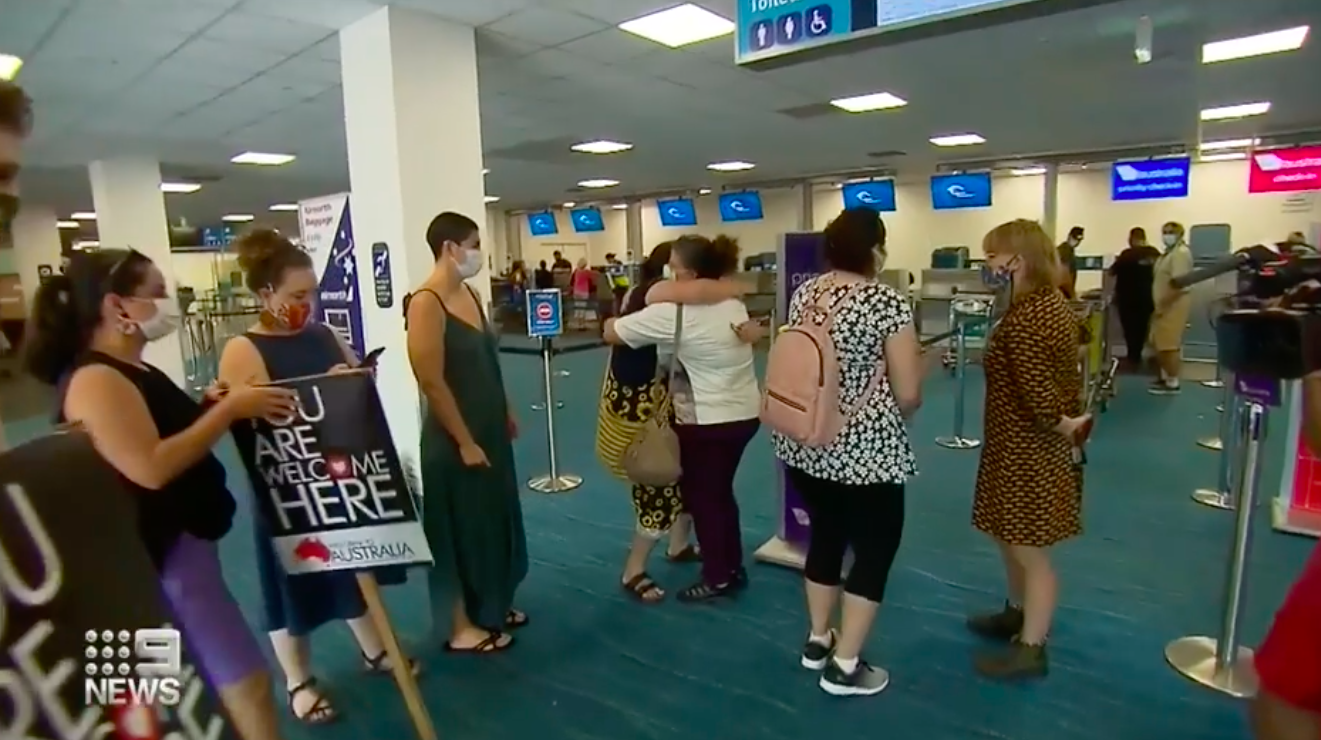 "Finally we are free", Reza Golmohammadian said at Darwin Airport.

"Early morning they came and said you're released, you can go."

His son Ali added: "It's been really challenging but we are really happy, finally we are reaching the end ... knowing from this day on there's no officers watching us, we don't have to go back to rooms at a certain time."

There have been daily protests by the Darwin Asylum Seeker Support and Advocacy Network outside the hotel for weeks.

The family-of-four say the release is bittersweet, leaving behind the 11 other refugees from Iran and Sri Lanka who they have formed close friendships with.

"It's really hard seeing they're still there," they told 9News.

"We hope the Australian Government get over this cruel policy sometime soon and finally let these people out."

Darwin barrister John Lawrence represents some of those still detained and says while the development is incredible news, it comes as a blow to those who remain.

"Although they're happy for the release of their comrades and countrymen, they're devastated and even more confused by this continual incarceration," he said. 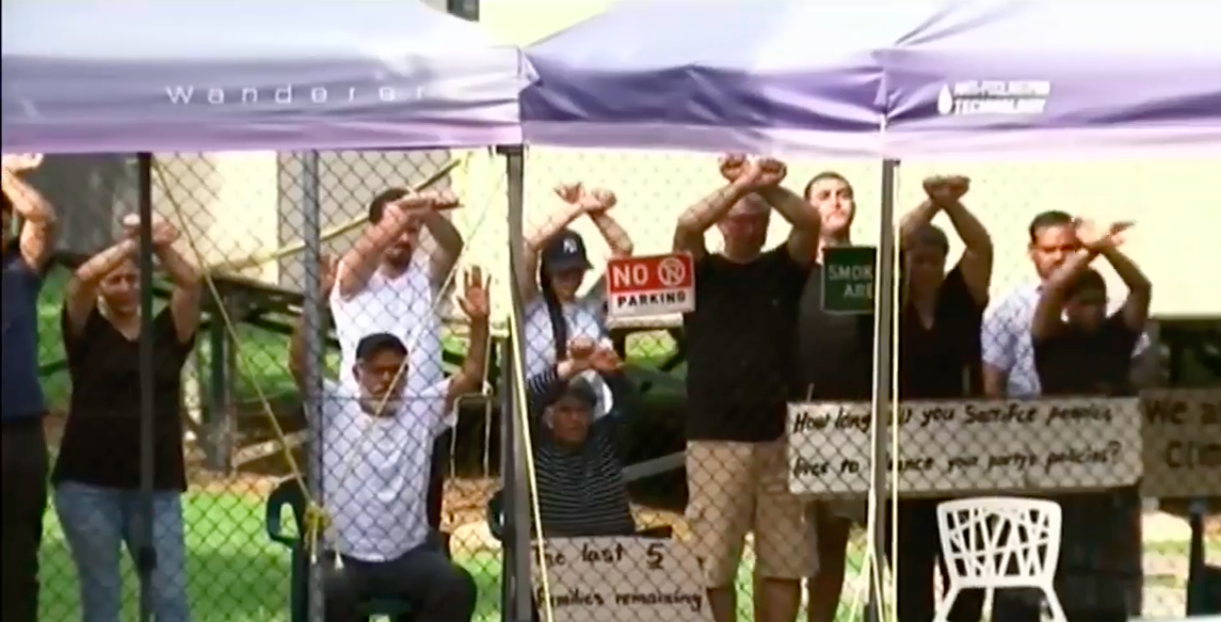 Member for Solomon Luke Gosling has written to Home Affairs Minister Peter Dutton, but says he has had no response.

"I'm not sure why the minister hasn't gotten back to me as of yet, but through the actions of the release of one family I think that's a good sign."

It follows the release of dozens of medivac detainees across the country this week.

When the Golmohammadian family was asked what freedom they're most looking forward to, they said it was the simple things.

"Maybe just going on a normal picnic in the park or just having a family dinner with no security watching."

The group will spend time with friends in Brisbane before looking to reside in Canada.