Yesterday, the FAA granted an exemption to U.S. carriers, allowing them to carry cargo onboard passenger seats. This… 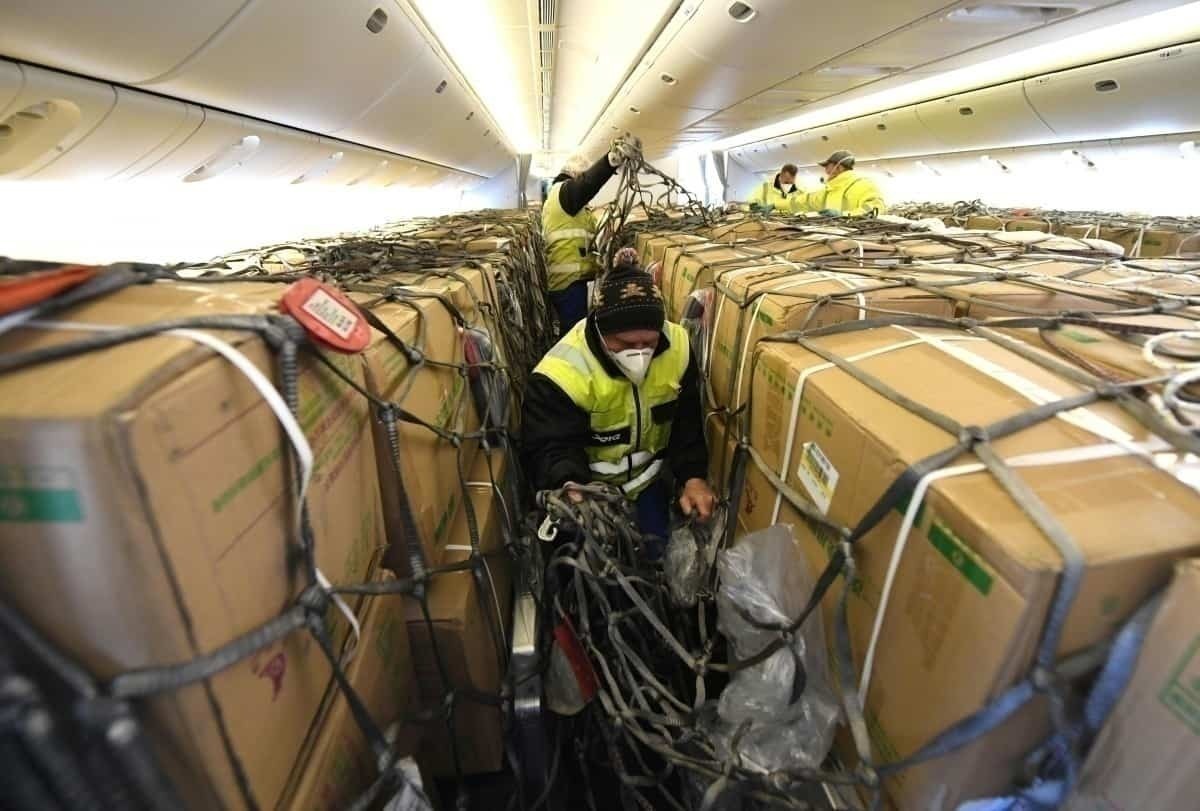 Yesterday, the FAA granted an exemption to U.S. carriers, allowing them to carry cargo onboard passenger seats. This move will significantly increase the amount of cargo that airlines can transport now that they can use both the cargo cabin and the passenger cabins onboard. But the ruling does come with a few restrictions.

What are the details?

“This exemption allows A4A members and other part 121 operators that submit a Letter of Intent (in the form and manner described below) to carry cargo on seats installed on the main deck of transport category airplanes used in part 121 operations when no passengers are being transported, through December 31, 2020.” – FAA ruling

Previous rulings had allowed carriers to transport cargo within the passenger cabin (such as in the overhead bin), but this new exemption allows the cargo to be loaded on seats.

The new rules stipulate that carriers can:

Carriers will need to apply for this exemption directly with the FAA, and the rule does not automatically apply to all airlines. The original pension to the FAA asked for a two-year exemption, but it seems that the FAA has only granted U.S. airlines around seven months.

Why did the FAA grant this exemption?

The FAA has claimed that this exemption will help carriers ferry around special medical cargo to help combat the current pandemic.

“The stability of the U.S. transportation infrastructure is particularly critical at this time because of the increased and immediate demand for medical supplies and other essential cargo prompted by the COVID-19 public health emergency. As passenger-carrying part 121 flights may commonly carry “belly cargo” in the lower deck, the decline of passenger-carrying flights because of COVID-19 diminishes available air freight capacity.”

Judging by the rules that the FAA has outlined, such as having to apply for the exemption and the weight restrictions, this move is to facilitate medical transport. Medical equipment, on the whole, is very light (think gloves and PPE). This restriction will prevent airlines from transporting other heavier cargo (such as parcels).

Regardless, airlines in the United States are going to see a big benefit from this ruling. Without passengers to transport, much of the passenger cabin was going to waste with empty seats. Now that they can fill these seats with cargo, they can now pull more revenue from these cargo-only operations.

In its closing remarks, the FAA has dictated that it may allow carriers to continue transporting cargo in the passenger compartment after December 31, 2020, if the situation warrants it. Also, the FAA has yet to rule on another petition asking to remove the seats and store cargo on the floor.

What do you think of this news? Let us know in the comments.

In the wake of the most dismal passenger arrival numbers since records were first kept, Japan may attempt… 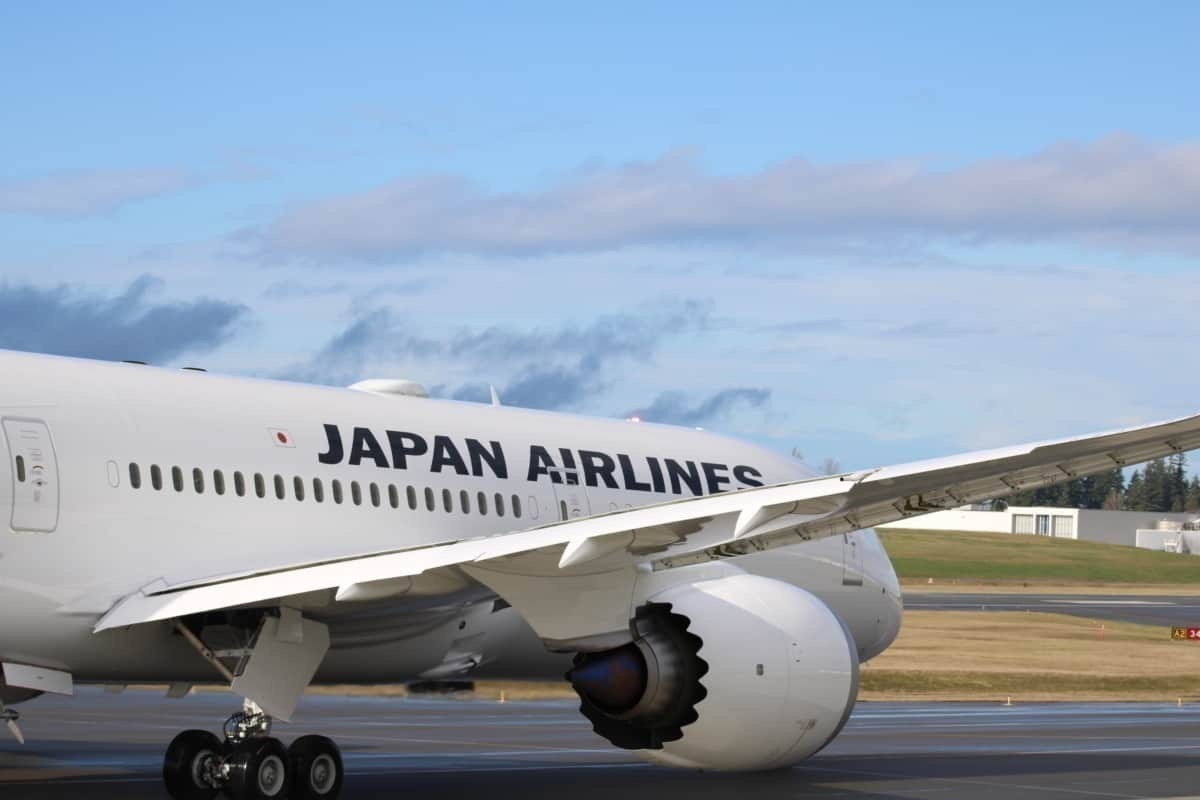 In the wake of the most dismal passenger arrival numbers since records were first kept, Japan may attempt to kickstart tourism again with subsidized holidays. The Japan Tourism Agency this week proposed paying foreigners half their cost of taking a holiday in Japan.

It’s enough to send foreigners like me straight to Google Flights.

Half price holidays for foreigners

The boss of the Japan Tourism Agency, Hiroshi Tabata, told a media event on Wednesday that he’d developed a subsidy plan costing $12.5 billion to entice travelers back to Japan, commencing as soon as July.

To be clear, it’s a plan and not set in concrete yet, and precise details are vague, but The Japan Times says the agency is looking at paying half the travel costs of foreigners to come to Japan.

There’s no word on how it would be paid or what the criteria and exclusions are. Alas, there is no guarantee they’ll cover half the cost of ANA first class and the Park Hyatt in Tokyo.

Method to this proposed cash splash

It sounds like a good deal, but there’s a method to this significant cash splash.

Japan had an interesting response to the CV-19 pandemic. They were much slower than many other countries to close their borders, partly because the Olympics were scheduled to run there this year.

But by April, Japan was moving on this front and began banning visitors from many (but not all) countries. But by this stage, the demand for travel had collapsed in any case, and scores of airlines slashed flights to and from Japan.

The result was only 2,900 inbound visitors landed in Japan in April. Last year, 31.9 million visitors poured into the popular North Asian country. This year, on the back of the Olympics, Japan was expecting 40 million visitors.

It’s a radical reversal for a country that was often squeezed by excess numbers of travelers and was gearing up for the quadrennial sporting event.

The Olympics have been rescheduled to 2021, and everyone’s crossing their fingers borders will be re-opened, and travel resumed by then.

Inbound travel has long been a significant contributor to Japan’s stagnant economy, and the Japanese Government is keen to start banking revenue from the sector again.

But major local airlines Japan Airlines and All Nippon Airways have radically curtailed their international schedules in recent months. Japan Airlines has cut its international services by 96% until the end of June. It is running a handful of flights to Chicago, Vancouver, Los Angeles, London, Bangkok, Kuala Lumpur, Jakarta, Hanoi, Ho Chi Minh, Manila, Dalian, Hong Kong, Taipei, and Kaohsiung.

Most international airlines normally flying in Japan have suspended their services there. Today, at usually busy Narita Airport, there are just a handful of international arrivals and departures amid scores of cancellations.

The Japanese Government is keen to get more flights operating and to see them fill up. And while border controls remain tight, Japan is looking at easing entry restrictions on foreign nationals.

A timeframe isn’t yet in place, but there are reports the lucrative business and student markets could be targeted first, with the tourist market coming after.

With the Japanese Government rightly being cautious about lifting entry restrictions, Hiroshi Tabata’s July start date for half price holidays could be overly optimistic.

Why Do Boeing Plane Models Start & End With The Number...