Cinderella Cinderella is forced to work (and pay exorbitant taxes) by her evil overlord, Hillary Clinton. The liberal elite get to go to an illegal and pedophilic Clinton Foundation gala, and Cinderella is forced to stay at home. That is, until her fairy godmother, Kellyanne Conway, comes and transforms a pumpkin (that Cinderella was planning […] The post Fairy Tales as Told by QAnon appeared first on Robot Butt. 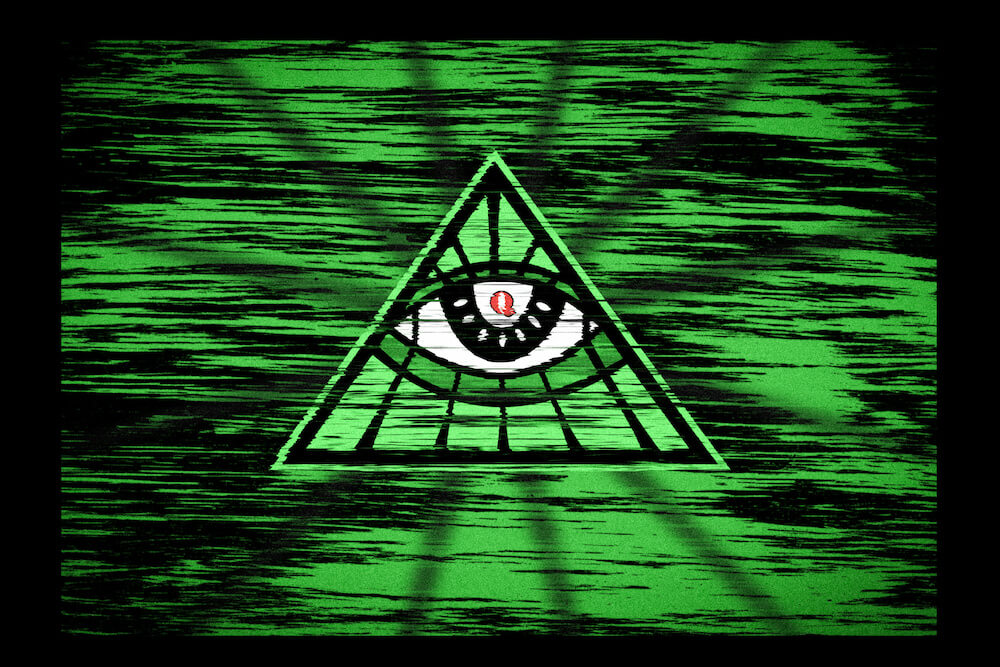 Cinderella is forced to work (and pay exorbitant taxes) by her evil overlord, Hillary Clinton. The liberal elite get to go to an illegal and pedophilic Clinton Foundation gala, and Cinderella is forced to stay at home. That is, until her fairy godmother, Kellyanne Conway, comes and transforms a pumpkin (that Cinderella was planning to use for target practice) into an American-made pick-up truck adorned with Trump flags. Kellyanne transforms her shabby, East Coast elite nightgown into an elegant MAGA cut-off tank top with a small, glass holster for her constitutionally-protected pistol. Cinderella goes to the ball and falls in love with America’s most eligible bachelor, Alex Jones, who is there to save the children. She has to flee the party when the talk turns to “drinking the blood of virgin children,” but leaves her gun. Alex finds her, places the gun in her glass holster revealing her identity, and the Great Awakening comes.

Snow White and the Seven Dwarfs

Snow White is forced into the forest to be murdered by her jealous stepmother, Nancy Pelosi. Snow White escapes to the lake house of seven MAGA supporters just returning from a boat rally, where she fulfills traditional domestic duties for them. Pelosi, using no makeup, disguises herself as an old hag and gives Snow White a slice of poisoned Comet pizza, falsely promising it will “end the cabal.” The MAGA supporters run HRC off a cliff screaming, “where we go one, we go all,” and wrap Snow White in a MAGA blanket. Donald Trump comes and kisses her, Melania applauds, and the Great Awakening comes.

Hansel and Gretel are abandoned by their left-wing parents in a forest in a very, very late-term abortion. They attempt to make a trail back to their house using constitutionally-protected bullets, but Barack Obama foils them in a government grab. Eventually, they fall upon a house made entirely of snacks, owned by Angela Merkel (who is Adolf Hitler’s granddaughter). Angela tries to eat them, but they kill her and the Great Awakening comes.

Jack and the Giant Beanstalk

At the local market, Jack trades his family’s constitutionally-protected guns for deep state secrets. They spawn a skyscraper where the East Coast Fake News Establishment Media Mogul George Soros lies in wait. Jack takes the elevator up, where Goerge then says, “Fee, fie, faga fan… I smell the blood of a MAGA man.” Jack tricks him and procures even more deep state secrets, including Jeffrey Epstein’s private island guest list (which includes Bill Clinton, Chrissy Teigen, and the Dalai Lama), before demolishing the skyscraper. The Great Awakening comes.

Little Red Riding Hood goes to her grandmother’s house to help her. Unbeknownst to her, her grandma has been killed by a death panel, and the Big Bad Joe Biden (who is in drag, as all liberals secretly are) is lying in wait to submit her to the same fate. “My, Grandma, what big pedophilic tendencies you have,” remarks Little Red Riding Hood. Right before the second death panel, Donald Trump Jr., who just happened to be hunting in the woods nearby, comes in and shoots Drag Joe Biden. The Great Awakening comes.

Beauty and the Beast

Belle is forced into imprisonment by the cabal and the Most Hideous Beast of All, Alexandria Ocasio-Cortez. This beast is irredeemably ugly. Belle escapes in a hail of constitutionally-protected gunfire and the Great Awakening comes.

Goldilocks and the Three Bears

A woman, much like America, is asleep… until the Great Awakening comes.

The post Fairy Tales as Told by QAnon appeared first on Robot Butt.

Cats Providing Entertainment Since The Dawn Of Time

Trump Now Claiming You Can’t Get Coronavirus If You’ve...