After a potential opportunity with Lamborghini fell through, automotive photographer Kunal Kelkar decided to try and replicate the experience at home. How, you ask? Instead of a road, he used a treadmill; and instead of a real Lamborghini, he used a toy version. The idea dawned on Kelkar at the end of a home workout, […] 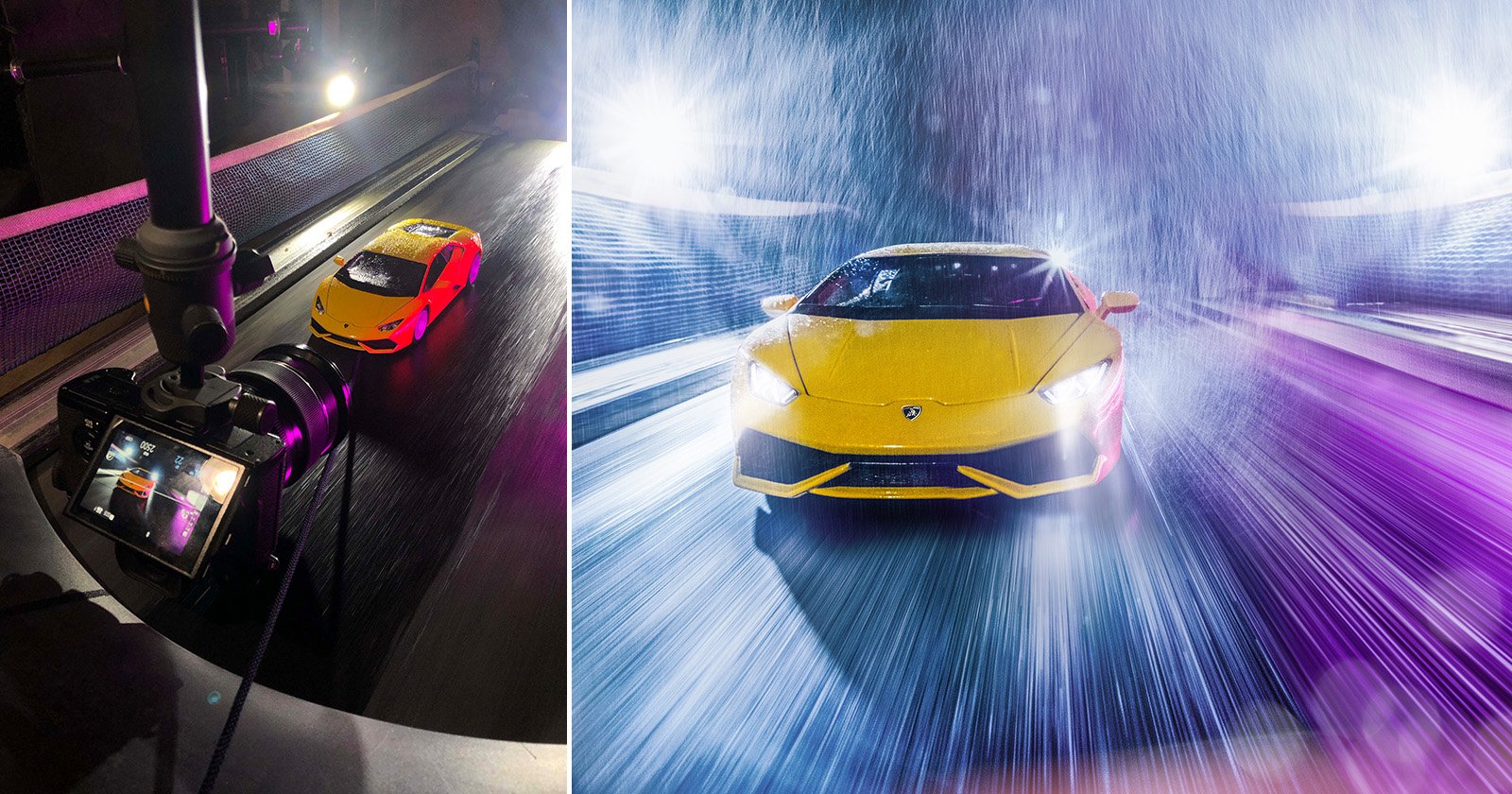 After a potential opportunity with Lamborghini fell through, automotive photographer Kunal Kelkar decided to try and replicate the experience at home. How, you ask? Instead of a road, he used a treadmill; and instead of a real Lamborghini, he used a toy version.

The idea dawned on Kelkar at the end of a home workout, when he realized that the treadmill belt looked similar to a road in montion, “something that every automotive photographer would be familiar with from hanging out from the back of a car to take rolling shots,” he explains.

“It was a eureka moment and I thought, technically it is just like a rolling road, so it should give me the similar results to if I were photographing tracking or rig shots of a real car,” he . “I tried it out immediately, and it was exactly as I had imagined.” The process itself was pretty simple. A 1:18-scale Lamborghini Huracán replica was attached to the treadmill using a string to keep it in place, and the belt was turned on. He then sprayed a fine mist of water over the car while shooting in high-speed burst mode.

In terms of gear, he used a Fuji X-T3 with a 16-55mm f/2.8 mounted upside down on a Vanguard VEO tripod (as you can see in the BTS images and GIFs). Lighting came from two Lumecubes, two Profoto B10 monolights, a Yongnuo YN360 LED light wand and an LED pixelstick.

You can see the process in action in the BTS videos below:

The resulting images are fun, if not downright impressive, and they’ve attracted a good bit of attention on his company’s Instagram account. It also reminded him that, while he’s an automotive photographer by profession, he’s simply “a photographer” at the core, and he doesn’t want to wait for things to open up again to get creative.

“I urge other photographers to use this time to channel their energies and explore different aspects of their creativity,” says Kelkar.

Check out the results of his experiment below: To learn more about this shoot, check out the interview that Kelkar gave to Motortrend. And if you want to see more of his work, you can find it on his website or by giving him a follow on Instagram.

An Elevator Pitch for digiKam, the Free RAW Processor and...

New Nikon Z5 Trade-In Deal Offers a Cheap Way to Get Into...