Two families picnicking in a Melbourne park have spoken of their terror after allegedly being "viciously assaulted" by another group with children yesterday. 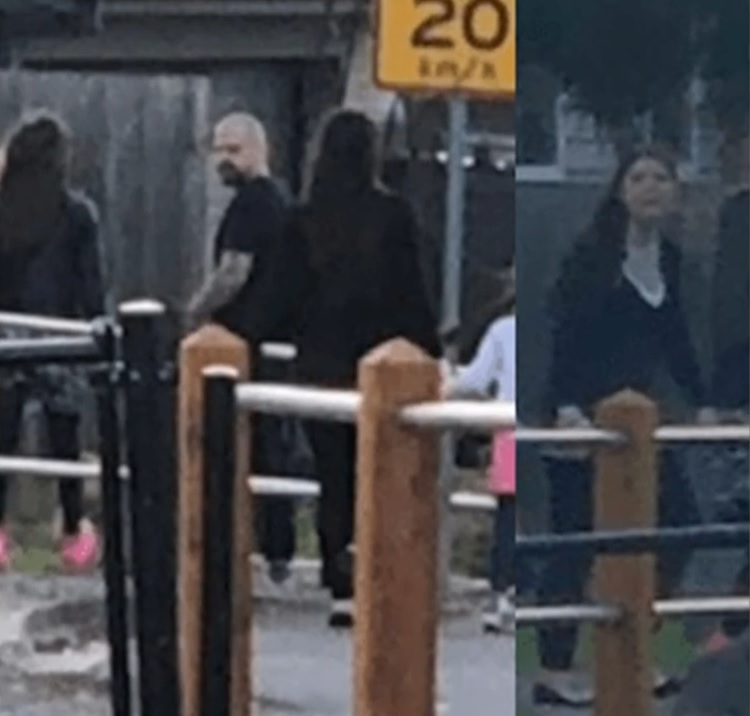 Two families picnicking in a Melbourne park have spoken of their terror after allegedly being "viciously assaulted" by another group with children yesterday afternoon.

Victim Jacquelyn, her friend, and their two 12-year-old daughters were enjoying the sunshine at Slater Reserve on Grosvenor Street in Blackburn North when they were confronted by the group about 4.30pm.

A man and a woman, along with five children believed to be aged between eight and 15, allegedly began swearing at the 12-year-old girls and removing QR codes from the park fence.

Jacquelyn asked them to stop, but the group allegedly began verbally abusing her.

Her friend tried to step in, but she was set upon by one of the young girls of the group, who allegedly began "swiping" at her, trying to remove her face mask and kicking her.

Jacquelyn was then allegedly placed into a headlock and dragged to the ground by a woman, before being kicked by other members of the group.

"They were trying to rip our masks off telling us we were afraid of a cold ... and trying to cough on us," she said.

"They should be ashamed - they can have their views but they don't need to force them ... or attack people that share different views."

Jacquelyn said her 12-year-old daughter was smart enough to call the police, while two Good Samaritans came to their rescue.

But the two men were allegedly threatened by a man, who set off a dog onto them. 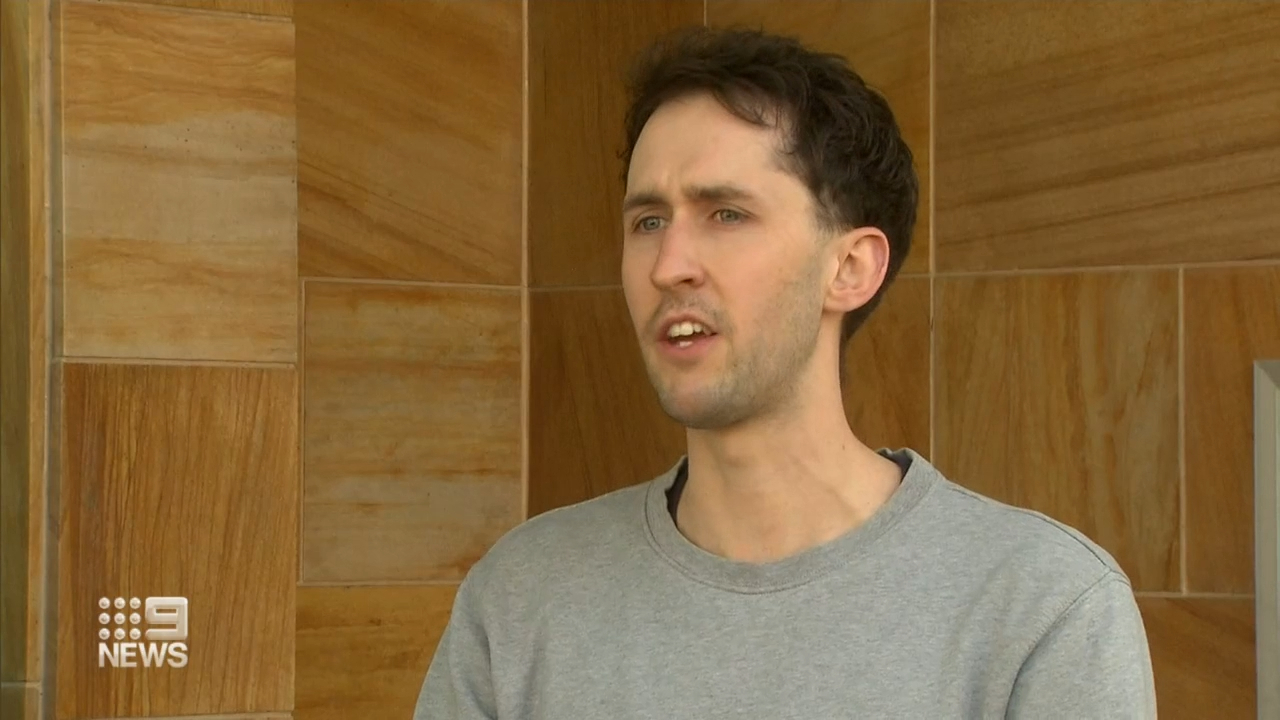 Alex Kimberley was one of the onlookers who tried to help before he was bitten by the dog.

"He walked behind me and the next thing I know the dog's latched onto my arm," he said.

The offenders then fled the scene and were last seen heading towards the vicinity of Grosvenor Street and Rialton Avenue.

The two 12-year-old girls were not physically injured during the incident, but Jacquelyn said the girls were too frightened to sleep last night.

An ambulance attended the scene and treated the women for their injuries.

"It's just erupted into a vicious assault on these two ladies and utilising a dog to attack two males who have tried to help," Detective Acting Senior Sergeant Graham Ross said. 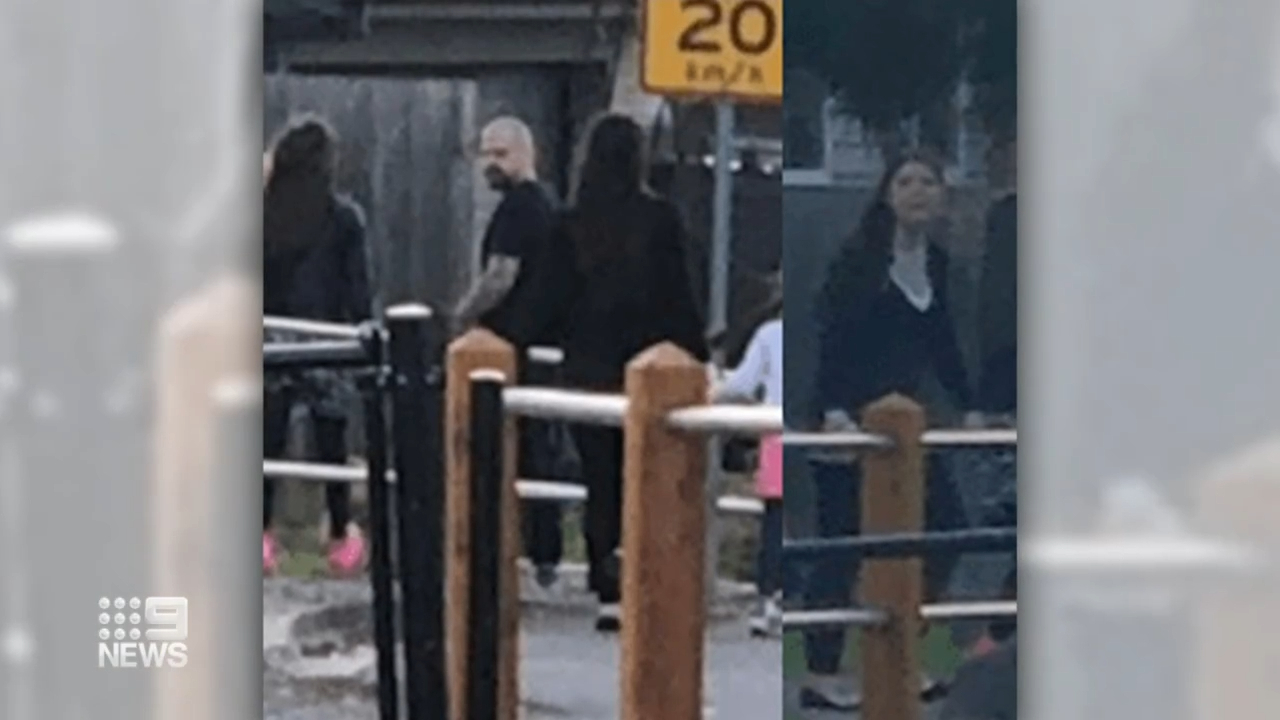 Investigators have released images of the two adults wanted in relation to the incident.

The man is perceived to be Caucasian in appearance and was wearing black tracksuit pants with distinctive stripes on the side, a black t-shirt and runners.

He had a sleeve tattoo on his left arm and a bald head with a goatee.

The woman is described as Caucasian and was wearing a long black jacket and black pants.

Police have also appealed for any witnesses or anyone who may have been in the park or surrounding area at the time to contact police. 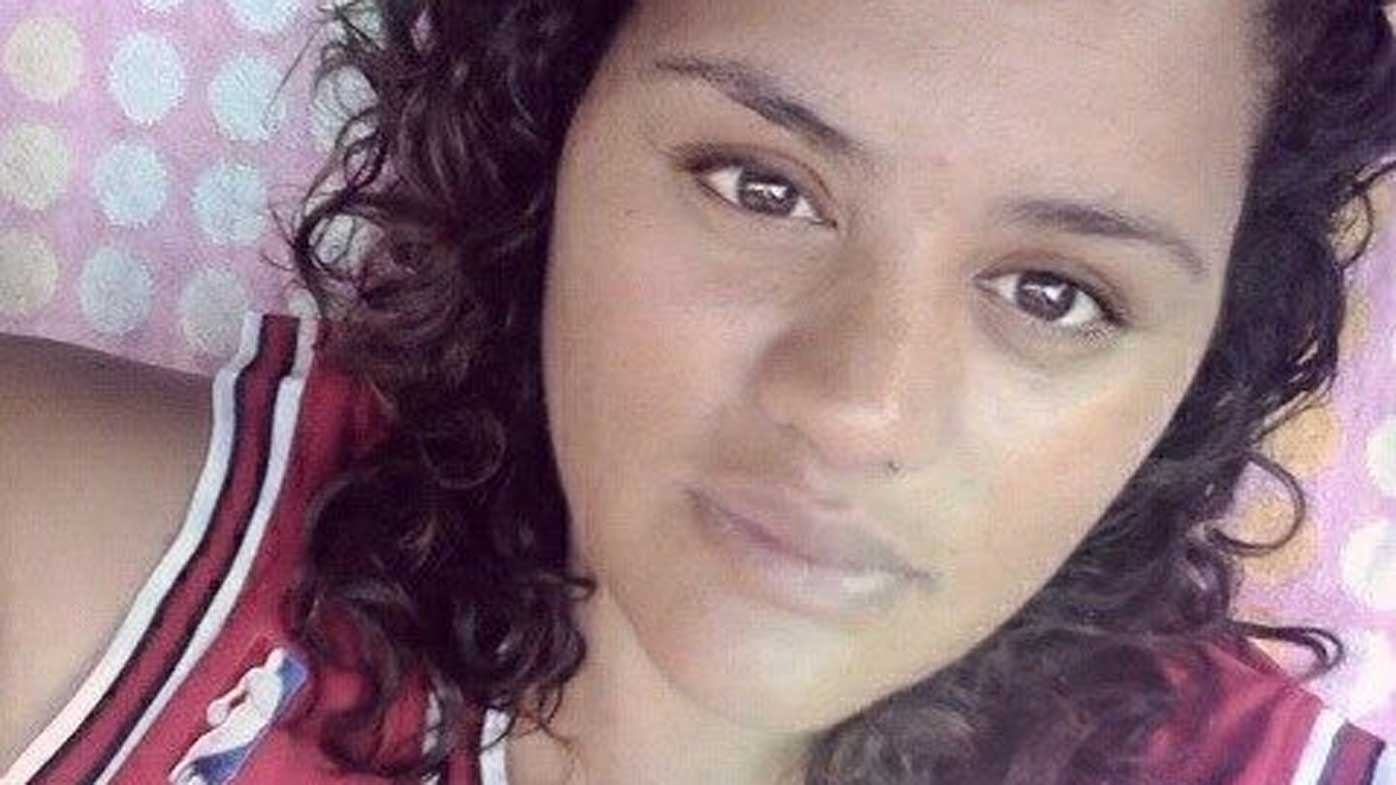 Sandra Peniamina, a mother of four, was stabbed 29 times with a knife then beaten with a concrete bollard when she tried to escape, before dying in the driveway of the family's Kippa Ring home in March 2016.

A jury today found her husband, 41-year-old Arona Peniamina, guilty of her manslaughter.

A previous trial had found him guilty of murder but after an appeal in the High Court he was granted a new trial on the grounds provocation should be been considered as a defence. 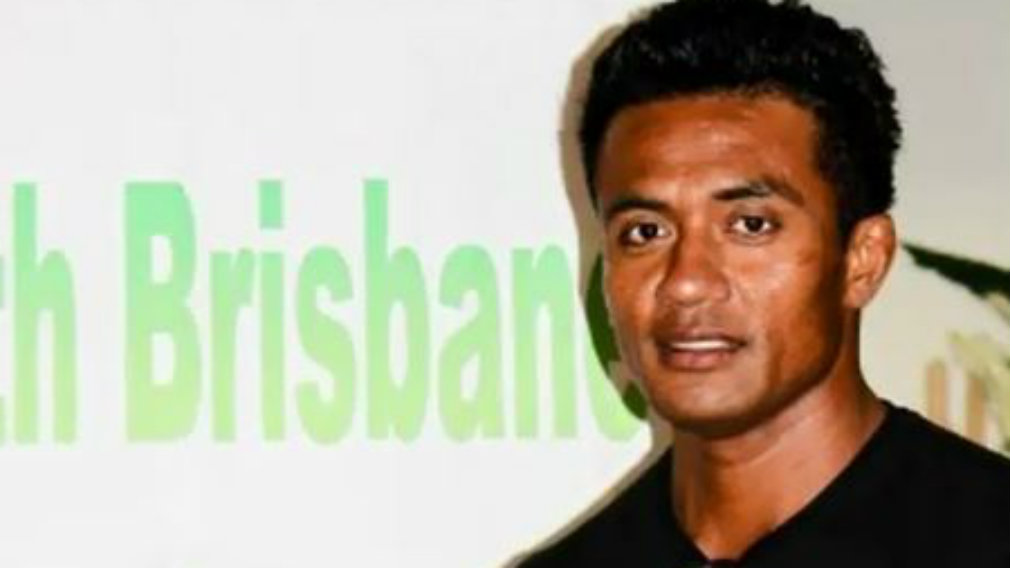 Peniamina claimed his wife had armed herself with a knife and that he later wrestled it from her and lost control, using it to repeatedly stab her.

The tip of the blade was found in her skull.

The altercation stemmed from an argument over infidelity.

Peniamina wept in the dock today when the jury handed down a verdict of guilty to manslaughter.

He had offered to plead guilty to manslaughter at the start of the trial but the Crown rejected the plea.

Peniamina will be sentenced next month.

The maximum sentence for manslaughter in Queensland is life imprisonment.

Coronavirus tradies: The winners and losers of the COVID-19...