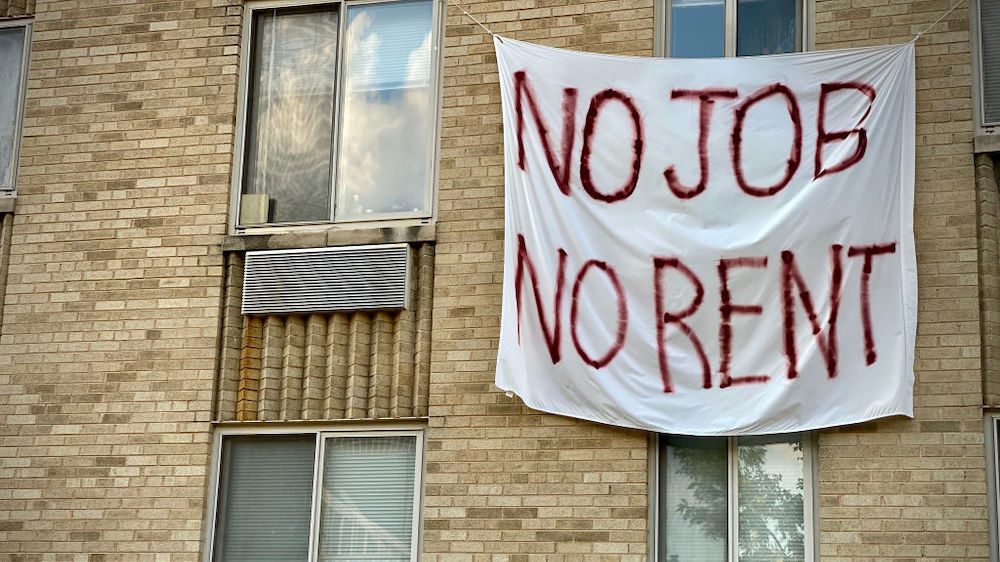 A federal judge has delivered a potential blow to the national eviction moratorium first issued under the Trump administration.

J. Campbell Barker, federal district judge for the Eastern District of Texas who was nominated by President Trump, ruled that the powers granted to the federal government in the Constitution to regulate interstate commerce did not give it the authority to issue a national ban on evictions amid the COVID-19 pandemic.

The ruling came in a lawsuit filed in October by a group of Texas landlords who claimed they were owed thousands of dollars in unpaid rent and that the moratorium violated their property rights. It is one of many lawsuits filed in federal courts seeking to overturn the eviction ban.

The U.S. Centers for Disease Control and Prevention first issued its national eviction moratorium in early September under the Trump administration. Public-health officials argued that the moratorium was necessary to keep struggling renters housed, and that a massive wave of evictions could hasten the spread of the virus that causes COVID-19. Under President Joe Biden, the CDC opted to extend the eviction moratorium to give renters more protection as the pandemic continues.

“No federal law requires that a landlord give possession of a dwelling in the first instance to a person who cannot pay rent and who would otherwise live in congregate housing,” Barker wrote in his decision. “The federal order against evicting such persons is thus not supportable as a backstop to avoid undercutting such a broader regulation.”

Barker also noted that the federal government’s lawyers were unable to point to any other instance where federal officials had blocked evictions before, including during the Spanish Flu pandemic. “The federal government has not claimed such a power at any point during our Nation’s history until last year,” Barker wrote.

Consumer advocates countered that the CDC’s order has been upheld by other federal judges until now. “The CDC and state moratoria have overwhelmingly been upheld as constitutional and are helping to stop the spread of COVID-19 — something we urgently need until the pandemic is controlled,” said Emily Benfer, a housing and public health lawyer.

“A national injunction would have disastrous effect, putting tens of millions of people at immediate risk of losing their homes during the pandemic,” Diane Yentel, CEO and president of the National Low Income Housing Coalition, said. “In the meantime, some landlords may cite this ruling as they continue to pursue evictions despite the protections under the moratorium.”

On Twitter, Yentel argued that “the CDC must appeal immediately.” Others suggested that federal lawmakers could step in to protect renters across the country.

“Congress can put an end to these disputes, which only create confusion, by bolstering the federal moratorium and swiftly passing rental assistance to scale with the crisis,” Benfer said. The $1.9 trillion aid package that the House of Representatives passed included billions of dollars in additional emergency rental assistance, among multiple forms of housing-related support.

Many Americans nationwide continue to face eviction despite the CDC’s order. A recent report found that corporate landlords had begun to pursue more than 40,000 evictions since the moratorium first went into effect.

BREAKING: ‘Half of tenants would take out pet insurance against damage’, says expert

How the Pandemic Pushed Home Prices to a Record High Amid...

15 Backyard Oasis Ideas For Your Home This Summer