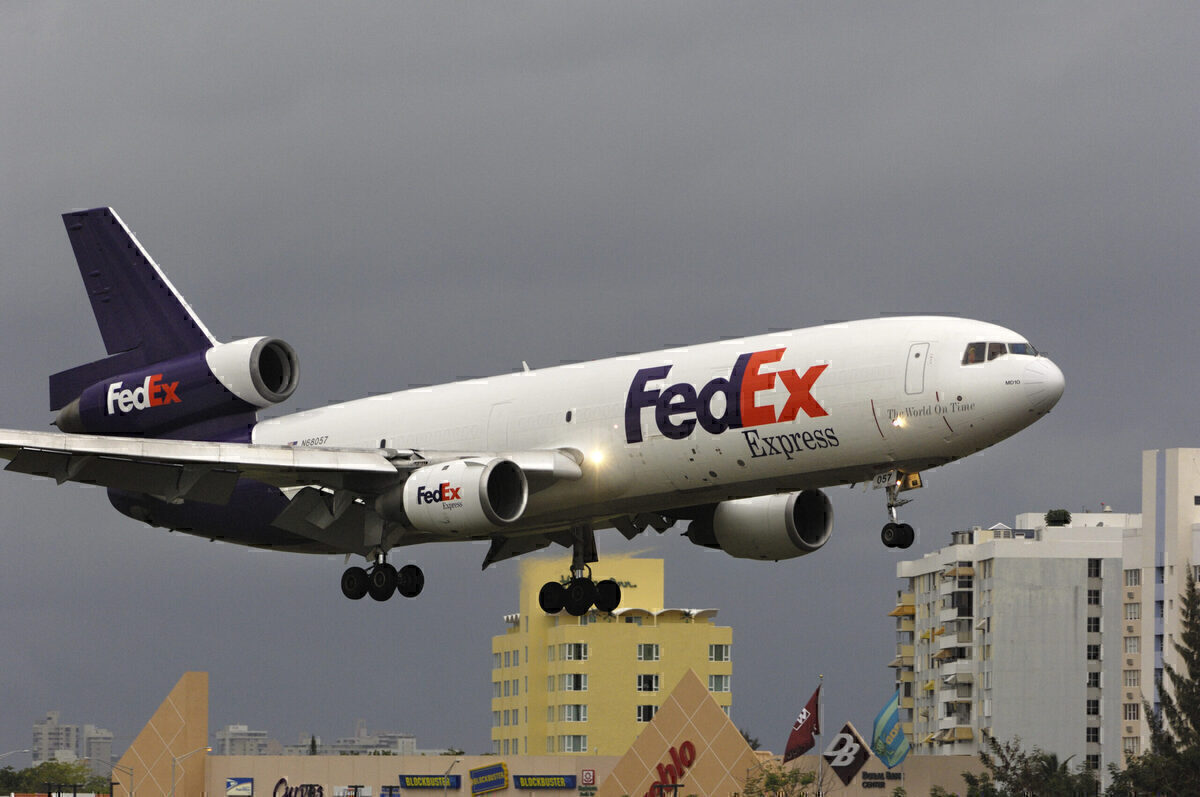 Global freight business FedEx appears set to retire its remaining Boeing MD-10s by 2023. FedEx currently flies a fleet of 17 MD-10s. But buried in FedEx’s second-quarter report for the 2021 fiscal year is the news FedEx will be phasing the planes out over the next couple of years.

After forty-plus years of flying for FedEx, the MD-10s days are numbered

Over the years, the Boeing MD-10 was a staple of the FedEx fleet. In addition to the 17 still flying, FedEx has operated a further 77 since 1980, many as original McDonnell Douglas DC-10s.

It’s no secret FedEx was retiring its fleet of MD-10s. The freight operator has been culling its MD-10 fleet for some years in favor of other aircraft types. The old McDonnell Douglas trijets in FedEx colors are familiar sights at airports around the world. But the MD-10s don’t meet contemporary norms when it comes to fuel consumption and environmental footprints. In addition, the surviving FedEx MD-10s aren’t exactly spring chickens. The average age of the remaining FedEx MD-10 fleet is 40.1 years.

In FedEx’s 2020 Annual Report, the business said it continued to address the modernization of its air fleet.

“The pro-growth incentives in the law made fiscal year 2019 the optimum time to make these purchases and retire more of our less-efficient aircraft.”

Over the past couple of years, FedEx has been on an aircraft buying spree. In 2018, FedEx placed an order for 12 767-300ER freighters and 12 777 freighters from Boeing. At the time, FedEx said it was a positive step in their fleet upgrade program as they pursued more efficient, lower emission aircraft.

“The Boeing 767 and 777 freighters have brought greater efficiency and reliability to our air operations. The 777, with its tremendous range characteristics, has allowed us to provide faster transit times around the globe,” said FedEx’s David Cunningham.

It’s not just new planes FedEx is buying as it looks to phase out its older aircraft. As Simple Flying reported yesterday, FedEx has taken a Boeing 777 freighter off Etihad’s hands. FedEx told Simple Flying;

The purchase of this aircraft is part of our ongoing fleet modernization plan. The aircraft will go into operation later in CY21.”

As Simple Flying has previously reported, the freight business is booming. There is strong demand for both new and used aircraft from freight operators like FedEx. This demand is a rare bright spot for aircraft manufacturers and converters. In the meantime, as freight operators chase efficiencies and cost savings, it’s almost the final call for the faithful old FedEx MD-10 fleet.

When Will Australia Recertify The Boeing 737 MAX?