“You’ve got to have the minerals … The post Ferdinand rejects pundits’ claims over Man Utd star Fernandes appeared first on Football365.com. 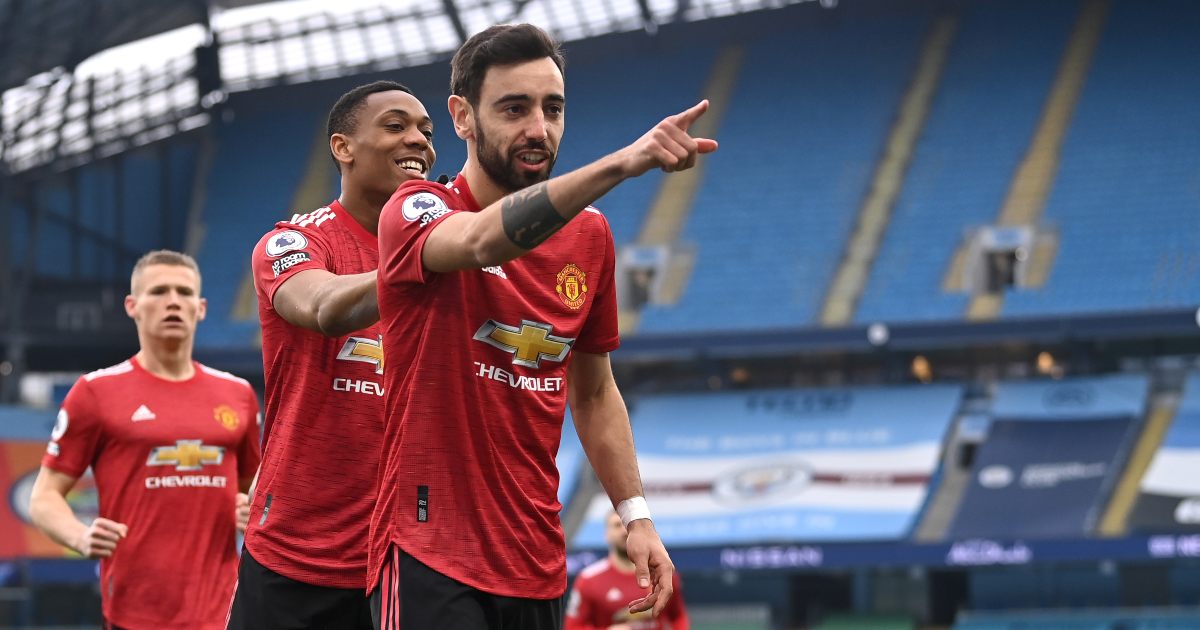 The Portuguese playmaker has been the Red Devils’ key player this season, contributing an amazing 16 goals and 10 assists in 28 Premier League appearances.

There has been some criticism of his performances against the bigger clubs in the division but his goal against Man City on Sunday went a little way to blocking out those voices.

And Ferdinand insists Fernandes’ penalty in wasn’t as simple as it seemed as “you’ve got to have the minerals” and composure to score it.

“I think Bruno before the game, from different pundits and different bits of the media, saying that he doesn’t produce against the bigger teams and his stats do say that,” Ferdinand said on his FIVE YouTube channel.

“But immediately, the game comes in and he gets a penalty, everyone says: ‘oh, he scored a penalty, it’s another penalty’, listen, how many penalties do you see get missed in big situations?

“You’ve got to have the minerals to be able to step up and take them and he’s got that.

“I love the way he’s a leader in the way that he takes responsibility, and I think he’s going to be someone that, the impact he’s had on this team, there won’t be more than a handful of people that have had similar impacts in the way he’s come in and done what he’s done for one football club.

“I think RvP, Cantona, Salah has come in at Liverpool and absolutely ripped it up – we can name a few – but the way he’s just come in and changed the whole dynamic of a football club.

“The confidence from a fan’s perspective, it was morbid at the club for a while, it was grey, everything was downbeat, then he comes in and starts throwing numbers about that are ridiculous in terms of his output.

“I just love the way he plays, I love his attitude, yes, he gives the ball away too much for my liking, but when you’re taking risks, that’s what happens.”

Man Utd must persist with the anti-De Gea…