Ferrari team boss Mattia Binotto says the Scuderia's consecutive poles in Monaco and in Baku were not representative... The post Ferrari: Back-to-back poles not a reflection of 'true performance' appeared first on F1i.com. 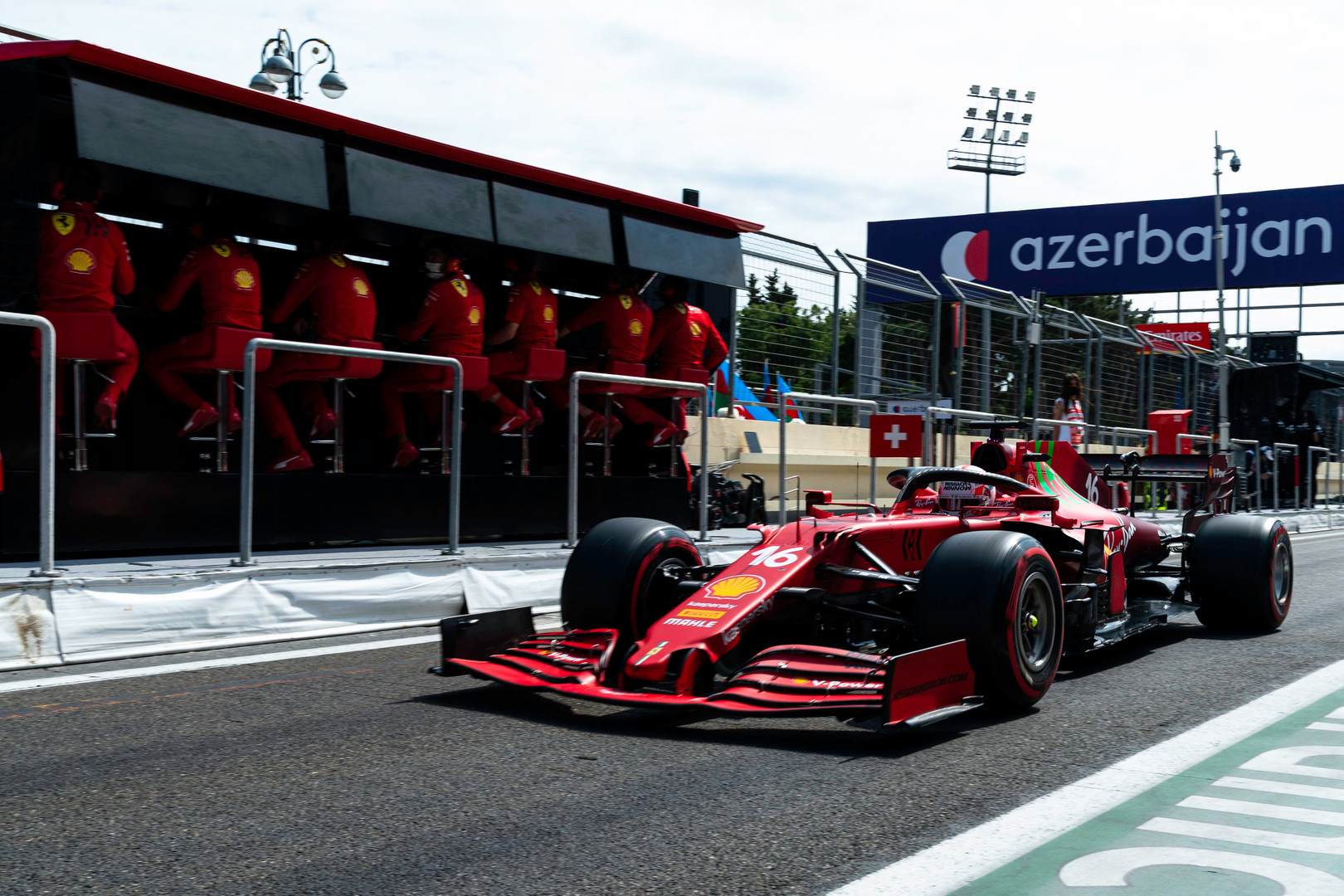 Ferrari team boss Mattia Binotto says the Scuderia's consecutive poles in Monaco and in Baku were not representative of the Italian outfit's true overall performance level.

Charles Leclerc took the field by storm in the tight and twisty streets of Monte Carlo, stealing the thunder of F1's front-runners Mercedes and Red Bull, and then repeated the feat in Baku two weeks later.

The Monegasque's race in the Principality was over before it started, while Leclerc finished fourth in Azerbaijan where he was unable to hold his own at the head of the field, ultimately crossing the line in fourth position behind Sergio Perez, Sebastian Vettel and Pierre Gasly.

Although Binotto was hoping for a better result given Leclerc's speed in qualifying, but the Scuderia chief also admits that his team isn't racing on the same level as its Red Bull and Mercedes rivals.

"I think obviously there are two cars ahead of us which are still stronger, no doubt," Binotto said in Baku.

"It was great to have pole position both in Monaco and here in Baku, but I don’t think that is reflecting our true performance overall. I think there are two cars which are stronger.

"But we are progressing. We are progressing because eventually we are learning [about] the car, we are exploiting it better compared to the start of the season. And we know that there will be some developments coming in the future.

"So overall, I think that’s where we are. [In the race] I think we were hoping for a better pace overall, seeing the qualy."

Binotto expected both Leclerc and teammate Carlos Sainz to struggle at the outset in Baku on Pirelli's soft compound tyre and in the dirty air. But the Swiss was satisfied with both his driver's pace after their switch to the hard rubber.

"We knew that on the soft, we would have struggled," Binotto said.

"I think as a matter of fact, we struggled the most with the soft. On the hard tyres, when in free air, and I think Carlos in free air pace was representative, we were competitive.

"Certainly we still need to improve our pace in the race, no doubt. But I don’t think that overall, we were poor in performance when in free air.

"We were suffering in the dirty air, which both drivers mentioned, and that’s where we need to focus our analysis."

The post Ferrari: Back-to-back poles not a reflection of 'true performance' appeared first on F1i.com.

Kevin Magnussen took his first race win since 2013 in Detroit on Saturday, the Dane sharing top spoils... The post Magnussen returns to the winner's circle with IMSA win appeared first on F1i.com. 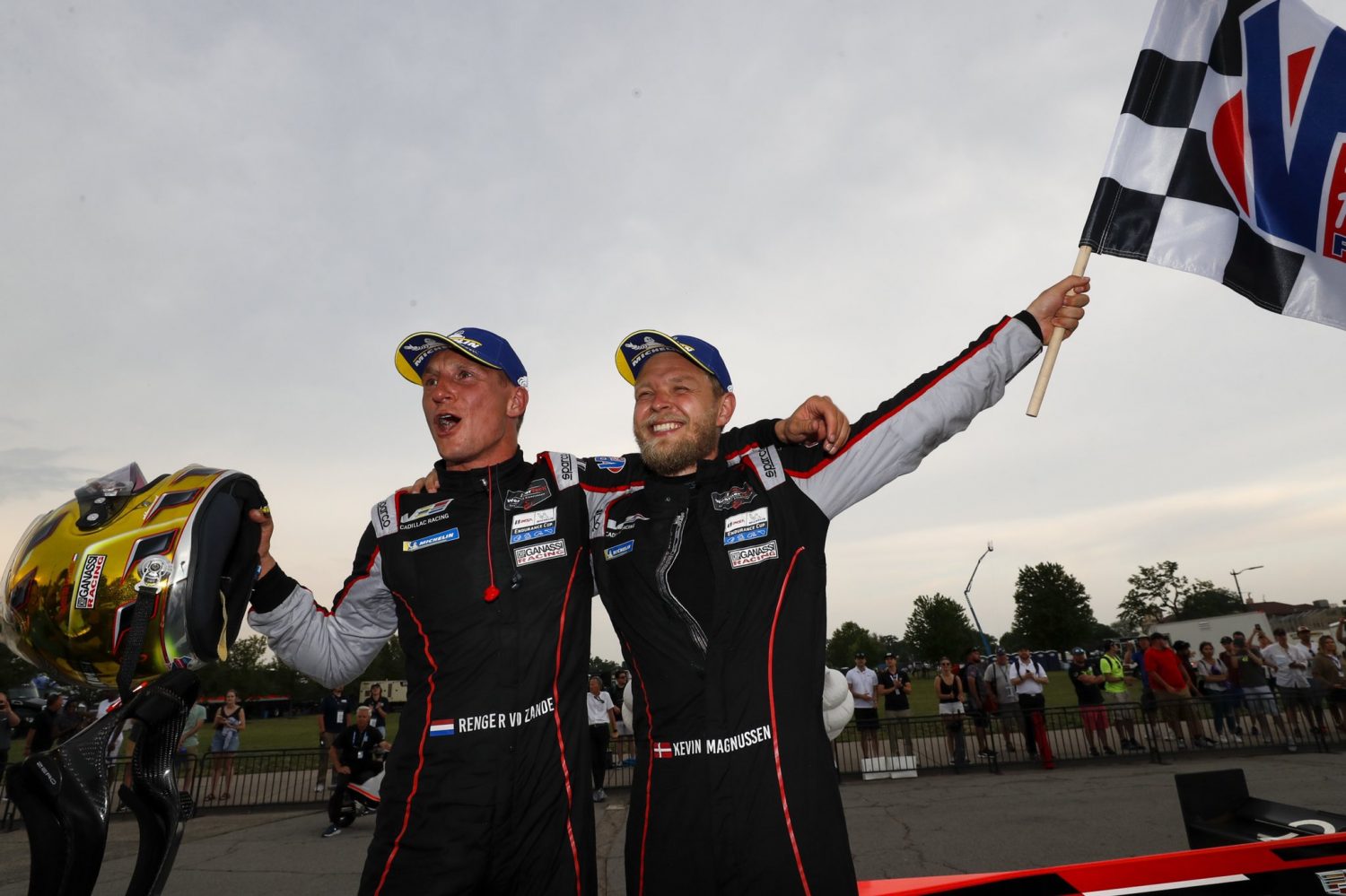 And for good measure, the winning CGR pair crossed the checkered flag just 0.573s clear of Felipe Nasr, another former F1 driver racing in the US.

Magnussen led the race in its early stages before handing over the #1 CGR Cadillac to van der Zande who conclusively finished things off, although the Dutchman was forced to pull out the stops to fend off Nasr.

"It’s really a dream," enthused Magnussen after the race. "To come out of a weekend like this with a big trophy, it’s pretty special. I’m very thankful to Chip for making this possible and giving me this opportunity.

"This weekend has been extremely good on the team side. We’ve just been fast.

"I’d say the whole season we’ve been fast. We just haven’t been able to get to the end in the lead. We’ve led a lot of laps this year. Finally, we led the right lap."

Like his former Haas F1 teammate Romain Grosjean who has also started afresh in America racing in IndyCar, Magnussen is enjoying his new life in the US.

After six years at the pinnacle of motorsport, the 28-year-old has closed the door on F1, although he admitted that one - unlikely - offer could entice him to return.

"If I had a Mercedes or a Red Bull I wouldn’t say no," Magnussen told AutoWeek. "I don’t think many racing drivers would, but that’s not going to happen.

"As I said before, I’m very, very happy with the opportunity that I had in Formula 1. Not many people get to have that many years in Formula 1.

"I’m super happy about that and I had some great experiences. Having said that, I feel fresh motivation, and I feel like it’s fun again."

The post Magnussen returns to the winner's circle with IMSA win appeared first on F1i.com.