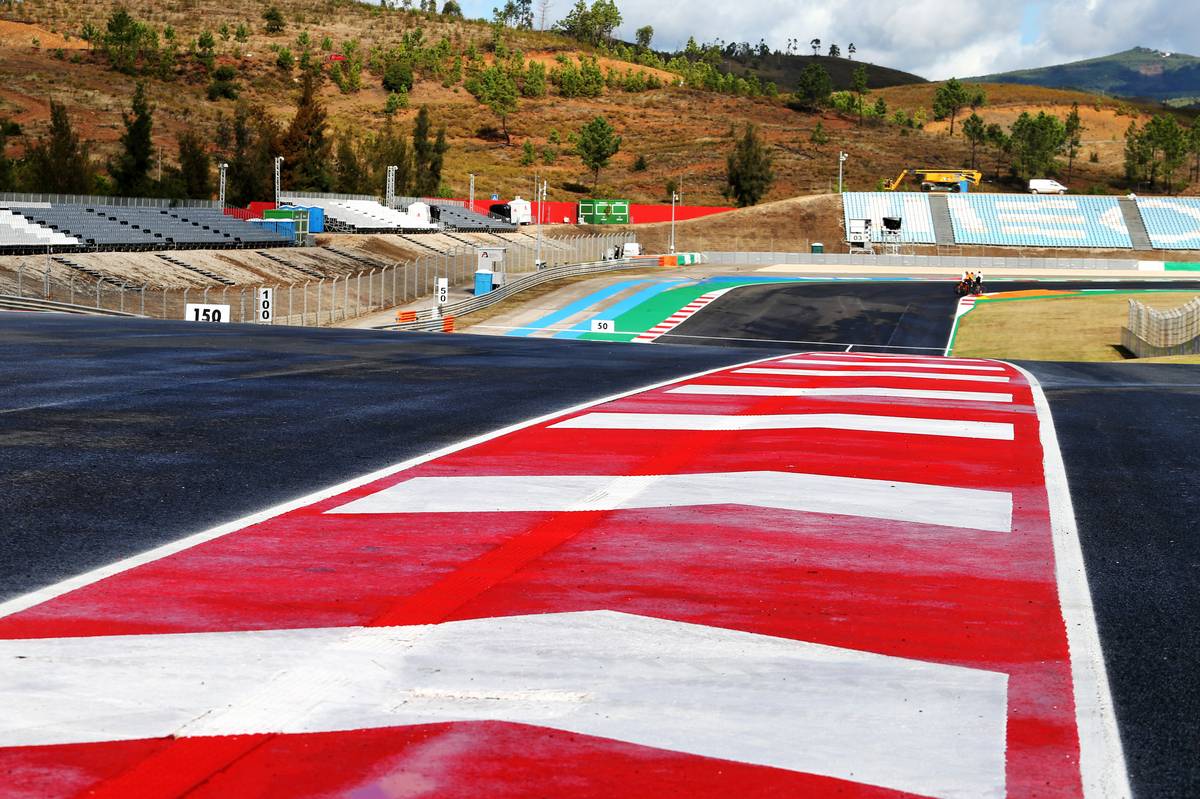 The FIA has relaxed Portimao's track limit rules after 125 violations and lap time deletions were triggered during Friday's opening day of running.

The governing body had implemented strict rules involving the Algarve track's Turn 1 and Turn 4, where drivers were sanctioned for putting all four wheels beyond the white line at the edge of the track.

However, the abundance of violations recorded in free practice, caused in part by Portimao's slippery track surface, and discussions held during Friday's drivers' briefing, have led FIA race director Michael Masi to publish on Saturday morning a revised event note.

The changes will allow drivers to run beyond the white line at Turns 1 and 4, with lap times remaining valid if a car remains in contact with the red and white kerb beyond the line.

"A lap time achieved during any practice session or the race by leaving the track and cutting behind the red and white kerb on the exit of turn one [or turn four] will result in that lap time being invalidated by the stewards," read Masi's revised note.

Regarding Turn 15, the event also stated that : "A driver will be judged to have left the track if no part of the car remains in contact with the track."