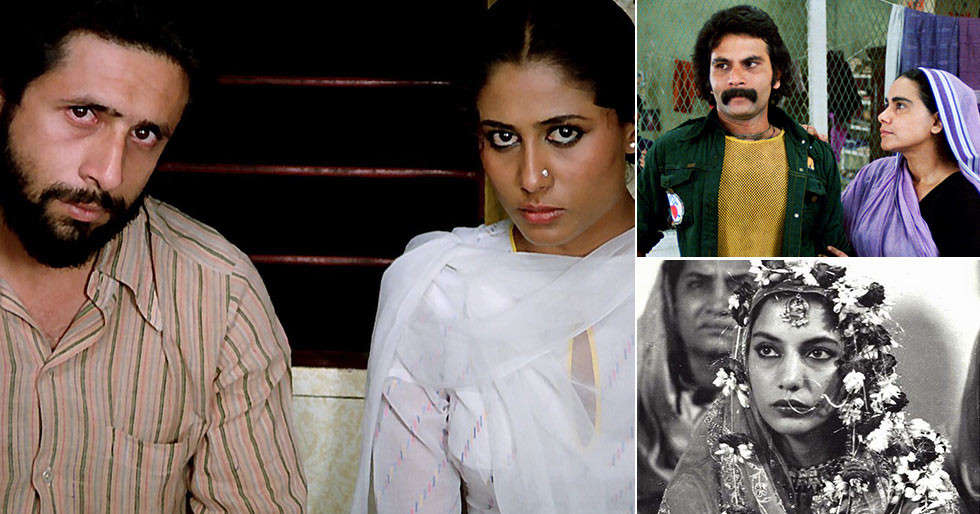 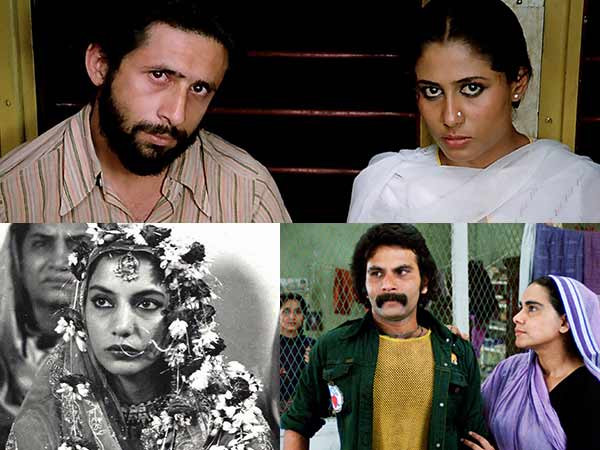 The Muslim social is a film genre that centres around Muslim society. The films tell a story from a Muslim perspective and dwell on the old world culture as well as the social and political changes that are influencing the Muslim society and are bringing out a change within it. The new wave Muslim socials portray the struggles of middle-class Muslims who find themselves fighting economic downturn, communalism and discrimination in a changing India. We need to watch such films in order to understand a different point of view. And to assimilate ourselves with an experience which is different from what the majority goes through. On this Eid, we bring a list of new wave Muslim socials to broaden your movie-watching experience.

A newlywed couple, Hamid (Sanjeev Kumar) and Salma (Rehana Sultan), unwittingly rent a flat which had belonged to a tawaif before. They become subject to all sorts of malicious gossip as a result of that. On top of that, people think Salma is herself a tawaif and the earlier tenant’s regular clients come knocking in at all odd hours of day and night. The irony is that Salma is a trained classical singer herself and would like nothing else to practice music when her husband is away in his office. But because of the notoriety of the house they stay in, her husband forbids her to sing. She’s in effect a prisoner in her own house and the emotional onslaught of the situation begins to get to her and her marriage suffers because of that. They aren’t the old fashioned Muslim couples that we were accustomed to seeing in our film. There was a camaraderie between them, a sort of friendship which starts to deteriorate because of circumstances. Dastak was known for its great music by Madan Mohan, and had gems like Baiyan na dharo, Hum hain mata e koocha bazar ki tarah, and Mai ri main ka se kahoon peer apne jiya ki, written by Majrooh Sultanpuri and sung by Lata Mangeshkar. 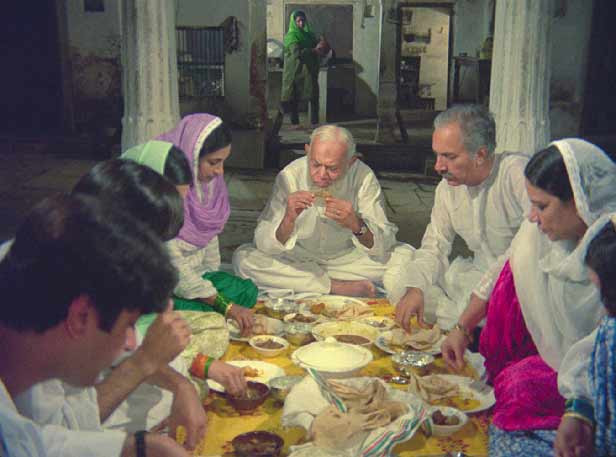 Most films have tried to showcase the pangs of Partition from a Hindu viewpoint but this film, based on a story by Ismat Chughtai, boldly stated the plight of Muslims post Partition. Those who migrated were called good riddance and those who stayed back were seen as traitors overnight. The society shunned them in general and no one understood that they want to stay back because they consider India as their home and don’t want to leave their ancestral land behind. The film’s protagonist, Salim Mirza, is denied a loan by banks as they think he would migrate to Pakistan without repaying the loan. His business suffers and from a respected shoe manufacturer, he becomes a humble shoemaker in order to fend for himself. He remains stoic throughout and even after much suffering decides to stay back and fight for a better tomorrow, a better India. Balraj Sahni, one of our finest actors, gave his best performance as Salim Mirza. Sahni had suffered the scars of Partition first hand and brought out his hidden demons to lend authenticity to his portrayal. His expressions react to every calamity faced by Salim’s character in vivid detail. He conveys more with his eyes in a second than others do in 10-minute monologues. The film marked the debut of Farooque Sheikh, who played Mirza’s younger son Sikander. This sensitive film should be made compulsory viewing in every school and college, especially in these uncertain times. 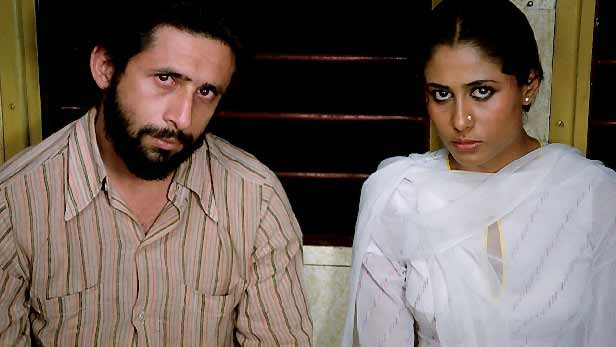 Bazaar comments on the appalling practice of young girls being married off to elderly, rich men in exchange for money. Najma (Smita Patil) lives in Mumbai and has relations with Akhtar (Bharat Kapoor), who keeps promising to marry her. She’s friends with a poet Salim (Naseeruddin Shah), who wished to marry her six years ago and still hasn’t given up that hope. Farooq Sheikh (Sarju) who lives in Hyderabad is in love with Supriya Pathak (Shabnam). Though he’s impoverished and hence isn’t considered a prospect by her family. Najma knows him and when she visits her family in Hyderabad, she promises she’ll help him get married. But she inadvertently becomes involved in Shabnam’s marriage being fixed to a much older man of her acquaintance as he’s willing to pay a large dowry to the girl’s family. It’s in effect, a business transaction where the wealthy man is buying a young girl. Salim isn’t able to do anything to put a stop to that and Salma takes a drastic step to end her life on her wedding night. A distraught Najma returns to Mumbai by train, where she meets Salim. Overcome by guilt, she narrates how she became part of the crime. Khayyam gave the music for the film. Songs like Dekh lo aaj humko jee bharke, Dikhayee diye yun and Phir chidee raat are still remembered today. 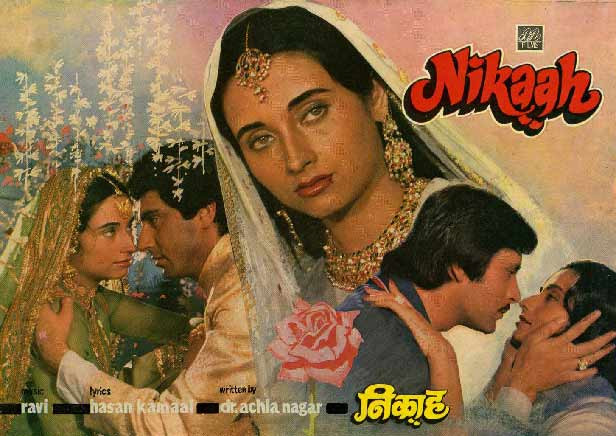 This progressive film questioned the practice of triple talaq. Haider (Raj Babbar) and Nilofar (Salma Agha) like each other but Nilofar is engaged to be married to Wasim (Deepak Parashar), who is a businessman and a Nawab. He’s a workaholic who has no time for his wife after marriage. A newly married Nilofar is hurt by this turn of events. When he doesn’t turn up for their first-anniversary party, they have a huge argument and in a fit of anger, Wasim ends up giving her triple talaq. She moves out of her house and starts working for Haider, who is now a successful poet and the editor of a magazine. Haider still loves her and proposes marriage to her, which she accepts. Meanwhile, a repentant Wasim asks the clerics for a way out. He’s told that for him to get his wife back she has to marry someone else, consummate the marriage and then get a divorce from the man. Wasim writes to her regarding that and the Hyder, who reads the letter, somehow believes that Nilofer is still in love with Wasim. He wants to sacrifice his love for her to unite her with Wasim. When Nilofer hears of this, she gives both men a piece of her mind and accuses them of treating her like property. She says that no one has asked her for her choice and makes it clear she wants to stay with Hyder. Hearing that, a chastened Wasim offers his blessings and leaves. The film marked the Bollywood debut of the Pakistani heroine Salma Agha. Ravi composed the music. It’s songs like Beete hue lamho ki kasak saath to hogi, Dil ke armaan ansuon me beh gaye, and Chupke chupke raat din became famous.

Shabana plays Anjuman, the young woman who stands up for the rights of the chikan embroidery workers in Lucknow. The film was apparently inspired by a true story and brought to light the struggle behind the formation of SEWA cooperative in Lucknow. Anjuman (Shabana Azmi) is a skilled chikankari worker who does chikan work to augment her extended family’s income. She is courted by a Banke Nawab (Mushtaq Khan), who controls the chikan workers. Her rich neighbour Sajjid (Farooque Shaikh) too courts her. Encouraged by her doctor friend Suchitra Sharma (Hattangadi), Anjuman demands fair treatment for the chikan workers. She is pressured by her family to marry Banke and she finally says no during the wedding ceremony. An angry Banke incites a riot. Determined to face him, Anjuman becomes a labour activist and sets about uniting and making a cooperative of chikan workers. She gets Sajjid’s support for the venture. Shabana Azmi exercised her vocal cords too for the film in songs like Tujhse hoti bhi to kya, Aise nahi ke isko, and Gulab jism ka, which were composed by Khayyam. 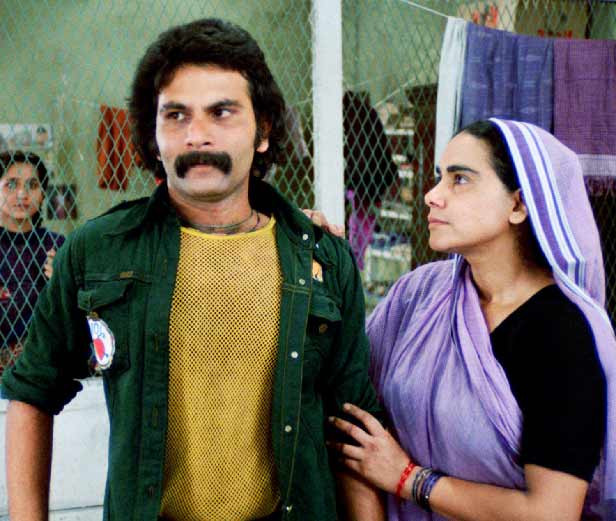 This is a film about how the economically deprived Muslims find themselves to be constantly alienated in a changing atmosphere. This alienation and ghettoisation lead them towards violence, with tragic consequences for all. Salim (Pavan Malhotra), whose father is a retired mill worker, whose mother sews clothes at home to make ends meet and who has an unmarried sister at home would like to see his family happy. He’s not educated enough to get a good job and earns his living doing small-time work for the local dons. He’s assisted by his friends, Peera (Makarand Deshpande) and Abdul (Ashutosh Gowarikar) in his ventures. One day, he would also like to become a big-time gangster. Salim struggles with who he is -- is the crime world the only solution for underprivileged, uneducated Muslim youth? Is violence the only way they can express their angst, in a world fast turning communal? The film asks these pertinent questions which are relevant even today.
Source : Filmfare Bollywood More

Queen Elizabeth Stepping Down Permanently As Queen Amid Coronavirus Pandemic?

Blast from the past: Shammi Kapoor and Geeta Baliâs sudden...

Ayushmann Khurrana wants to play a character like Joker

Once in a while we must isolate and introspect - Rana Daggubati

Blast from the past: Was Khaike paan banaraswala not part...

Julia Roberts Ditching Hollywood To Become The Next Erin...