The fire broke out at the Icon Industrial Park in Sunderland Ridge. 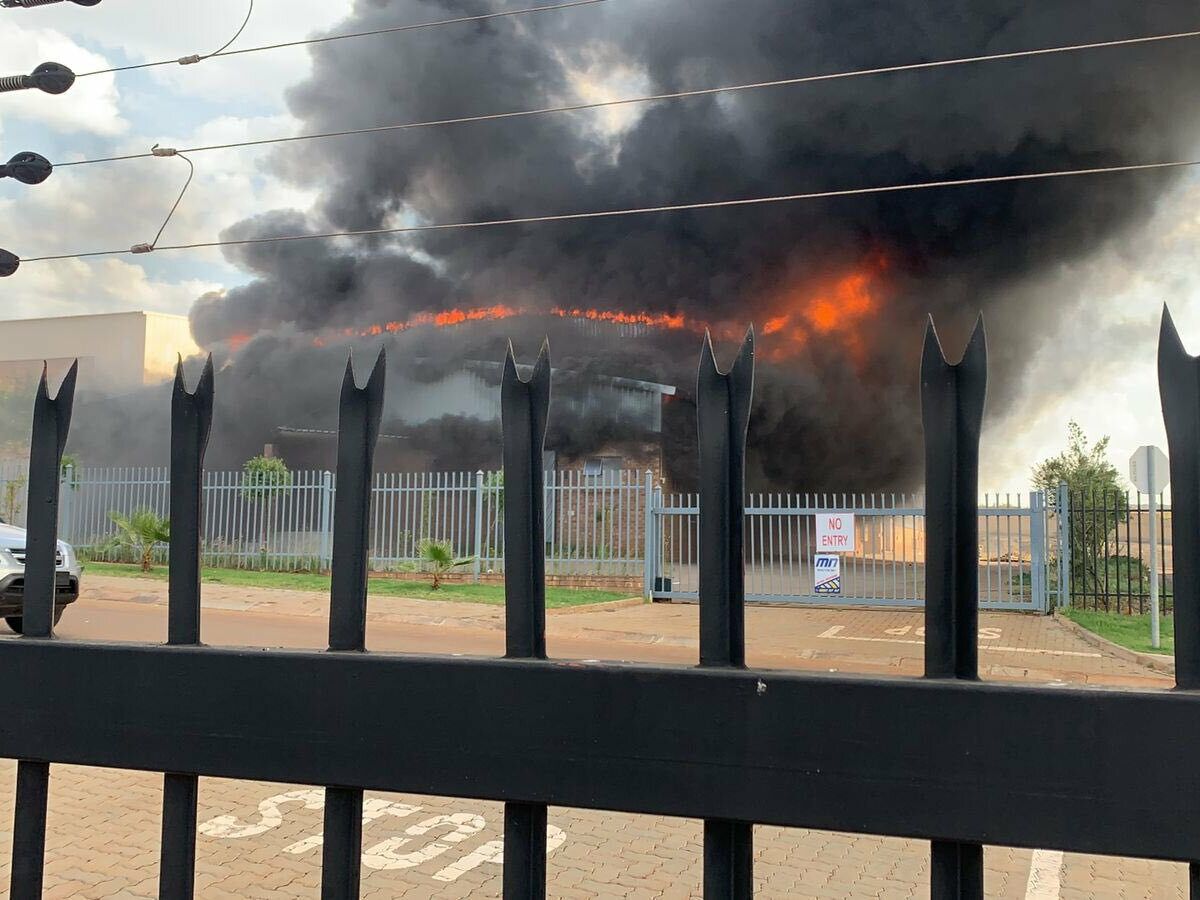 As reported by Laudium Today, a fire broke out at a chemical manufacturer in Icon Industrial Park on Friday, 16 April 2021.

Laudium fire: What we know

Laudium Disaster Management and emergency services were at the scene to assist.

The cause of the fire is not known at this stage. We’ve reached out for comment and will update this article as and when confirmation is received.

Watch: Buildig in Laudium on fire

Earlier this week, around 100 shacks at a disused parking facility in Kaserne, Johannesburg caught fire. Multiple deaths were confirmed, including one infant, after the fire ripped through the building.

Several locals also injured themselves by leaping out of the five-story structure. Emergency services rushed to the scene but there was little firefighting crews could do to prevent the blaze from spreading.

Most of the residents managed to escape, however, nine locals lost their lives and 20 patients were treated at the scene for severe burns and fractures.

Firefighters are still on scene of a fire that destroyed multiple shacks inside a 5-story Kaserne parking garage near Kwa Mai Mai. Sadly 9 people, including an infant, died in the blaze that started this morning. 20 patients were treated on scene & rushed to hospital for burns pic.twitter.com/Vvij1hUM2k

Nine people have died have died after 100+ shacks caught fire in Downtown Johannesburg. Among the deceased is an infant #Sabcnews pic.twitter.com/2YRvj8KBOR

According to Emergency Services spokesperson Nana Radebe was unable to comprehensively explain what caused this devastating fire at the hijacked building in Kaserne.

“Around one hundred shacks have been affected, and nine people have died, including an infant. A number of people were also treated on scene and most of them were taken to hospital with burns and fractures”.

Radebe explained that emergency personnel were “still busy with what caused the fire but can confirm that it started on the ground and spread to two other floors where other people were found”.

Scenes from the burbs: Lowdown on middle-class SA lockdown...