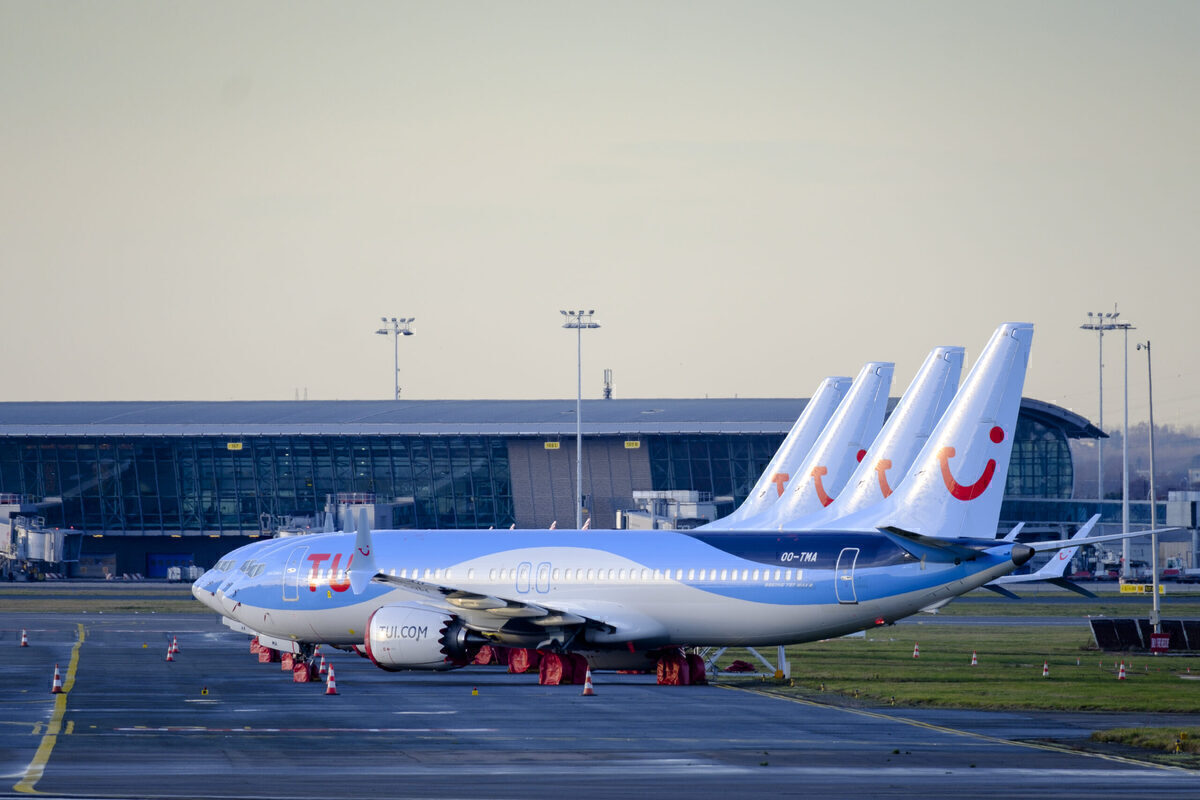 British leisure carrier TUI has become the first European airline to take delivery of a Boeing 737 MAX since the type’s recertification. The aircraft flew directly from Boeing Field to Gatwick, which is one of the airline’s three London operating bases.

Yesterday morning, at 09:09 local time, a TUI Airways Boeing 737 MAX 8 landed at London Gatwick Airport (LGW). It had flown directly to the UK from Boeing Field at King County International Airport (BFI), just outside Seattle, Washington. According to RadarBox.com, its departure, at 15:48 local time on Friday afternoon, was 48 minutes behind schedule.

#DELIVERED: @TUIGroup has taken delivery of its first @BoeingAirplanes #737MAX since the grounding was lifted. It departed from #BFI this afternoon and is flying nonstop to #London from #Seattle.

The aircraft in question bears the registration G-TUMJ, and is named Naples. The delivery operated under the flight number TOM941P, a designation that has only been used twice in the past year. Its other uses were for the following short, intra-UK hops, which were presumably positioning or storage moves.

Of course, with a full load of passengers and baggage, TUI would be unable to fly the MAX directly from Seattle to London. However, as Simple Flying explored in a recent article, delivery flights have a longer range due to flying without this payload.

In some cases, there won’t even be any seats in the cabin, in order to save weight and further increase the range. In these instances, the aircraft’s interior is fitted at its destination. Speaking of interiors, Planespotters.net reports that the aircraft will have an all-economy 189-seat configuration. According to SeatGuru, this is the same capacity as TUI’s older 737-800 aircraft.

This delivery flight was particularly significant as it was also the first MAX delivery to any European customer since the type’s ungrounding. Although the EASA recertified the MAX on January 27th, the UK’s recent departure from the EU meant that the British CAA had to grant its own recertification for the type.

In any case, it made little difference as the UK authority ultimately also recertified the type for use in British airspace on the same day. While TUI’s British division, which is the world’s largest charter airline, received Europe’s first post-recertification MAX delivery, TUI Belgium operated its first European post-recertification commercial flight.

This took place on February 17th, operated by a three-year-old MAX between Brussels and Malaga, Spain. Last September, TUI also operated a MAX positioning flight from Tenerife to Birmingham via Malaga. According to Planespotters.net, G-TUMJ is TUI Airways’ 7th MAX 8 delivery. The previous six arrived between November 2018 and March 2019, and are parked at Manchester and Birmingham.

The first of many

Overall, it seems that TUI is keen to push forward as a key European MAX user. This is understandable as, according to Boeing’s orders and deliveries data, the TUI Group as a whole has purchased 72 MAX aircraft across three orders.

Only a handful of these had been delivered before the MAX was grounded in March 2019. As such, we should probably expect plenty more of such delivery flights in the near future. It will also be interesting to see which European airlines will be the next to receive and recommence service with the type.

What do you make of TUI being the first European carrier to receive a Boeing 737 MAX since its recertification? Who do you think will take the next MAX delivery in Europe? Let us know your thoughts in the comments!

LAX To Temporarily Close A Runway For An Overhaul

European Borders Set To Reopen From June – Where Can You...

Where Does Your Pet Go When Flying As Cargo?