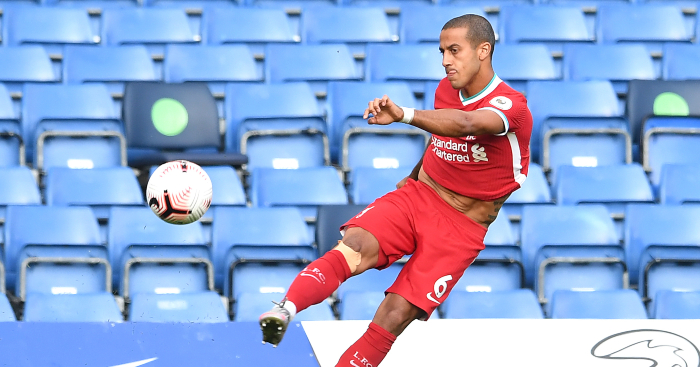 Thiago Alcantara made his highly-anticipated Liverpool debut against Chelsea after completing his £25million move from Bayern Munich earlier this week.

Thiago is regarded as one of the best midfielders in the world and impressed after coming on as half-time substitute against Frank Lampard’ side.

Here are five brilliant stats about the midfielder’s brief performance for the Reds at Stamford Bridge.

The opening-day thrillers Liverpool, Leeds could only match