Belgium’s racism problem is invisible to outsiders — but not to minorities living here. 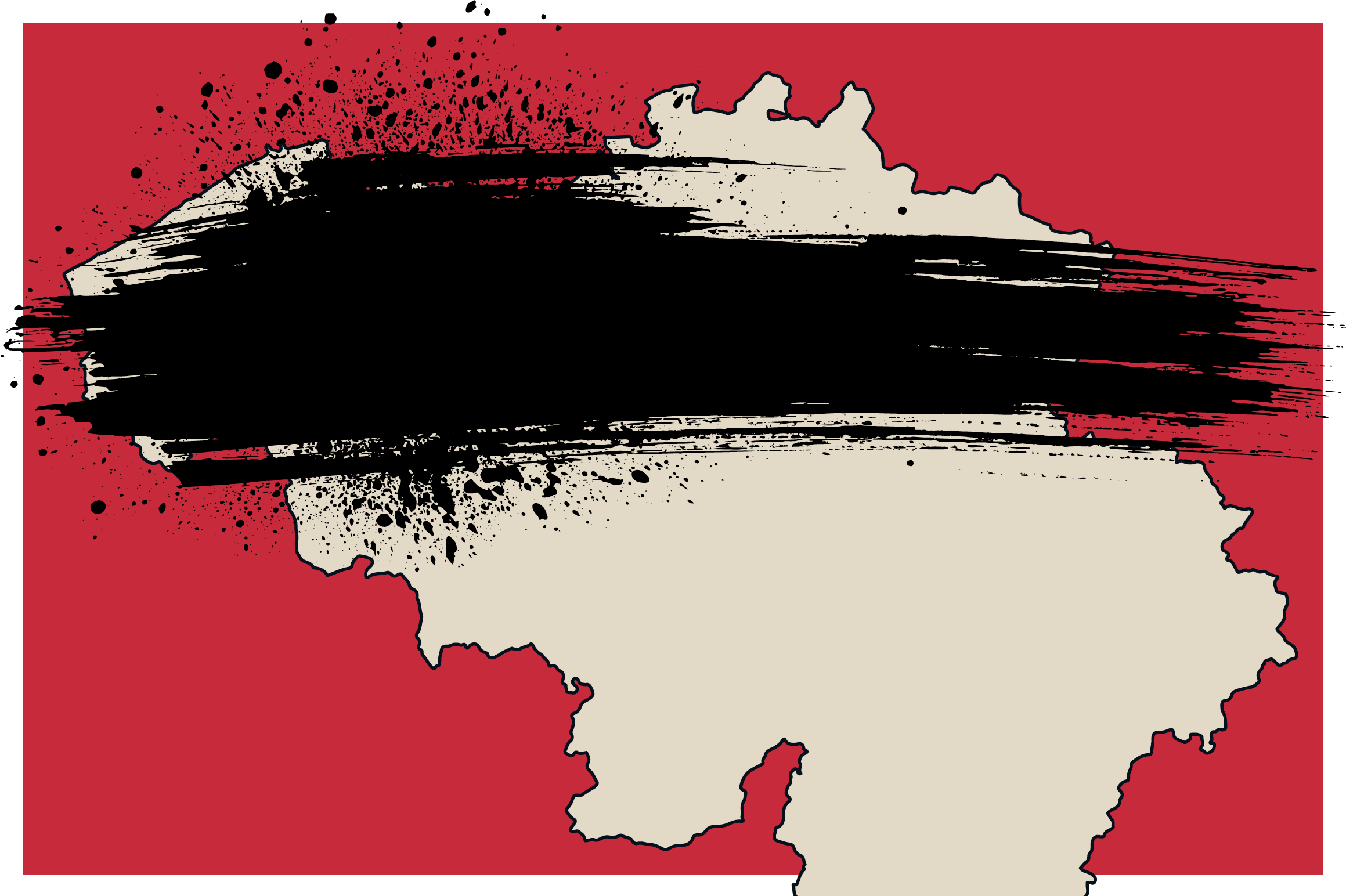 Othman El Hammouchi is a Flemish author and columnist based near Brussels.

There is something rotten at the heart of Belgium.

For decades, the country has used its particular position — as the headquarters of the European Union and home to international organizations such as NATO — to project a clean, tourist-friendly image abroad.

That image masks an uncomfortable truth: painful daily discrimination against its non-white citizens, particularly in the northern region of Flanders.

Recent reports on the investigation into the tragic death of Sanda Dia, a black university student, during the initiation ritual of a fraternity in 2018, briefly shone a spotlight on the deep-rooted racism that still plagues the region.

According to reports, including from the New York Times, fraternity members — themselves the sons of high-ranking politicians, judges and officials — exchanged racist messages in private WhatsApp groups, dressed up as members of the Klu Klux Klan and subjected Dia to particularly cruel treatment during the activities that led to his death. They were allowed to keep attending classes during investigations and faced no serious repercussions.

The reports are shocking, and yet, to people of color living in Flanders, they are also not entirely surprising.

Growing up in Flanders, I became aware at a very early age that I was considered “other.” It’s common in Flanders for people of color to be referred to indiscriminately as migranten (immigrants) or vreemdelingen (foreigners). So even though I was born in a Brussels hospital, I was considered — and referred to as — a Moroccan by my peers and teachers at school.

People often justify this type of rhetoric with the phrase “a pig born in a stable is not a horse” — a racist dog whistle that illustrates how deeply Flemish regional identity is suffused with ideas about ethnic and racial purity.

Flemish identity, in the minds of the white majority, remains off-limits to anyone who doesn’t meet very strict criteria of appearance and lifestyle. Members of ethnic and racial minorities are seen as foreign guests, allowed to remain by the goodwill of the white population, but fundamentally alien to the country.

As a result, our very right to live here is, shockingly, still a matter of political controversy.

Vlaams Belang’s party platform states that “foreigners” who commit a crime ought to be deported — and considers as “foreign” anyone who has two nationalities, a category that includes the vast majority of descendants of immigrants. Flemish MPs and senior officials routinely pledge to “kick out all ethnic minority people, Muslims and Africans” and carry out a “collective expulsion” of non-white people. Theo Francken, the former state secretary for migration who is often cited as a potential successor as leader of the nationalist New Flemish Alliance (N-VA), recently characterized the growth of non-white communities in the Brussels periphery, where I live, as an embarrassment and a failure of Belgium’s immigration policy.

This kind of racist vitriol is common in Flemish politics and society. People of color are daily singled out for abuse and blame by politicians and pundits. Threats of deportation and naked calls for discrimination are seen by local media as “alternative points of view” that should be given equal airtime in the marketplace of ideas. Every day, I wake up with the fear that a fanatically hateful remark by some MP or commentator will once again dominate the news cycle.

This problem is not going away. Between them, the N-VA and the Flemish Interest party (Vlaams Belang) hold almost half the seats in the regional Flemish parliament. They are also among the largest parties in the federal Belgian parliament. These are parties that, as a matter of principle, do not accept that non-white people can be equal citizens and have used abrasive racism and Islamophobia to mobilize their base.

Although they are shut out of the current federal government, these parties are well on their way to achieving an election victory in 2024. They are likely to make the most of their position on the opposition benches to draw on feelings of victimization to whip up even more support.

It’s not too far-fetched to say this stoked-up resentment and hatred could explode in a surge of violence and hate crimes. Last month, Vlaams Belang held a rally in Brussels to protest the new government. Some 15,000 people attended, fanatically waving Flemish “collaboration flags” (flags where the lion’s talons are painted black), displaying Nazi symbols and chanting “Muslims are parasites.” This is just a taste of what can be expected should the current trends continue.

It is painful to be made to feel like an other, an outcast, a stranger. For me too, Flemish nationalism once held some allure. Five years ago, when the N-VA was less abrasively racist and somewhat more inclusive, I was an active supporter of the party. I was seeking acceptance from my peers and wanted to be recognized as being equally Flemish. I know many others from ethnic backgrounds feel a similar pull: The Flemish nationalist movement can initially feel liberating and empowering — a ticket to a better future.

Ultimately, efforts to join their ranks are futile. As I experienced first-hand, if you are black or brown, it does not matter how much you love this country; it will refuse to love you back. Even if you gain nominal acceptance, you will forever be a second-class citizen in their eyes — as Sanda Dia, the 20-year-old black student, found out in a shocking way.

Dia’s death was not just the result of a fraternity ritual gone wrong. It was the consequence of a set of attitudes, laws and institutions that discriminate, demoralize and ostracize non-white people.

Flanders’ racism problem is a dark stain on the European continent — and yet it has remained almost completely hidden from view to the outside world.

This ignorance is far from innocent. It shields Belgium from international criticism and waters down pressure to take action to protect and recognize its non-white citizens. It’s time we start talking about the racism hiding in plain sight.

Report: US ambassador to Germany to step down

The Statue of Liberty Museum and Ellis Island National Museum of Immigration are...

Coronavirus In Illinois: Another Record High Of 4,554 Cases,...

According to the Illinois Department of Public Health, the previous record for new...

7 hours ago Kristen Wiig has had some massive changes in her personal life this...

40 minutes ago According to a new report, Prince William is mad about Prince Charles...

No Government help yet for small businesses as rent quarter...

Originally written by Timothy Adler on Small Business The Government is still ruling...

Why Victoria's Racing Minister made the 'wrong call'

Victoria's Racing Minister Martin Pakula has admitted he made the "wrong call" on...