Phil Foden and Mason … The post Foden and Greenwood keep a dying industry on life support appeared first on Football365. 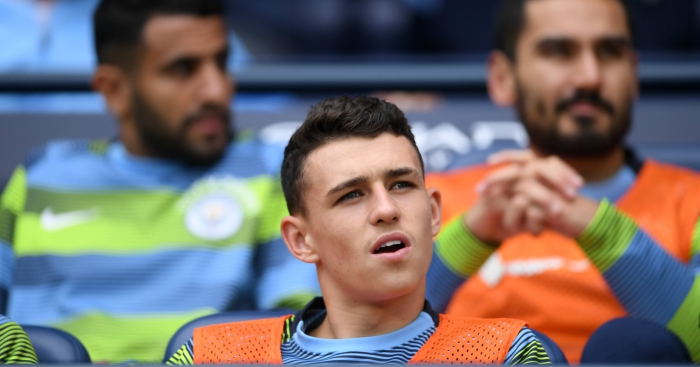 Phil Foden and Mason Greenwood gave journalists the perfect excuse to write anything but the football for a few more weeks.

It was a tedious international break for the English press…until Phil Foden and Mason Greenwood got the horn and provided them with  they live for these days, now that actual reporting is almost redundant.

It was a classic of the genre. Whatever angle you wanted to choose, it was there for you. Entitlement, immorality, stupidity, disrespect, disloyalty, arrogance, ego, self-indulgence, lack of discipline. Just take your pick. There was no arguing against any of it, so it was as many free hits as you wanted.

It allowed for it happening at all. It showed he wasn’t hard enough, apparently. Some had long been wanting to paint him as a weak supply teacher who couldn’t keep the unruly boys under control and this gave them that opportunity.

If you wanted to look for deeper meaning about what it told us about the modern preoccupations of young men, and how disrespectful of authority they are, you could dip a big spoon into that with relish.

If you wanted to use it to show the degree of entitlement these young footballers feel, it sat up and begged for you to slap it.

If you wanted a basic example of young, rich footballers flashing cash around to bribe staff to smuggle girls into a hotel, then this was your story too.

If you wanted something to show the innate lack of discipline of young footballers, it was perfectly teed up for that.

If you wanted to be disgusted at young men wanting to get it going on in a hotel with women, even though one of them has a partner and child at home, it was screaming out for you to pour your moral judgement all over that.

And finally, if you wanted to have something to allow you to exasperatedly question just how stupid footballers are, then this would’ve made you purr.

In short, it was a perfect media story: Sex (one woman is even a ‘beauty queen’, whatever that is) footballers, money, rule-breaking.

You could see it as the captain being thoughtful of his team-mates, or just use it as another example of the slack-jawed, out-of-touch modern footballer. All more cheap, fatty beef for the mincer.

This was why the football media wanted the sport to return no matter what. This was the sort of story they had missed: page fillers that all but write themselves; stories that have a hungry audience and which play to all sorts of cliched tropes.

This sort of tale is considerably more important to them than anything specifically about the football that was played. Match reports are , the game having been sliced and diced in real-time across many social-media platforms by people who, like the journalists, are also watching the game. Post-match stat analysis on TV and radio blocks off another avenue for the papers who, by the time the copy gets on the website, and especially onto actual paper, are already fighting against the ‘we already know all of this’ element.

Press conferences are now PR yawn fests and only seem to happen because the press industry is so wedded to how it used to do things, rather than accepting times have moved on. And to add insult to the journalists’ injury, they’re now on TV, too, depriving them of even a few seconds of inside knowledge. In purely reporting terms, journalists are largely redundant at football games. That side of the business must be in its death throes.

But when there’s a ‘scandal’ and there are hotel workers, cleaners and girls to talk to, along with the manager and other player responses to the story, then oh yes, ‘the boys’ are back in business like it’s still 1975. They bloody love it because there is a story people do not know about that they can break. It gives them something to dig into and stretch out over days like dough being passed through a pasta machine getting ever longer and thinner until it is almost transparent. They can ask questions about it at the next club press conferences, get other players’ reactions, doorstep the wronged partner, take photos of the Love Rat returning home, interview parents and relatives of those affected. Oh it goes on and on for days and isn’t confined to the back pages.

If that hadn’t happened, the whole international break would have already been consigned to the bin and they’d have had to move on to all the actual football matters, most of which everyone knows about already.

So thank you Foden and Greenwood: the English press salute you for your sterling work.

The post Foden and Greenwood keep a dying industry on life support appeared first on Football365.

Reguilon ‘can’t wait to start with Mourinho’ as Spurs confirm...