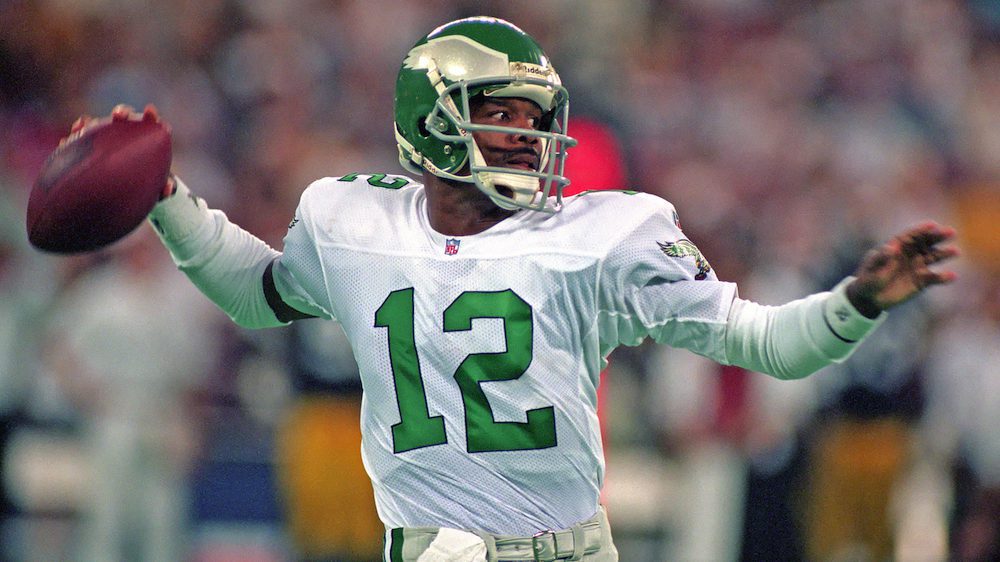 Located just south of the Strip in the Windham Hills neighborhood, the 5,934-square-foot home has six bedrooms and 6.5 bathroom. All the bedrooms are en suite.

Built in 2005, the two-story residence features $100,000 in upgrades. Highlights include a home theater, two living rooms, and a private master suite. The large backyard features a lap pool and low-maintenance artificial turf.

Cunningham bought the property in September 2008 for $630,000. It’s been on and off the market for a few years, but a more serious effort to offload the home began in November, when it was listed for $1.19 million.

The home is located just minutes from Allegiant Stadium—home of the newly christened Las Vegas Raiders.

Cunningham is a Vegas native who was a star player at the University of Nevada Las Vegas. He began his NFL career in 1985 with the Philadelphia Eagles, starring for the team for 11 seasons, making the Pro Bowl three times, and becoming the prototype for a quarterback who was a dual threat to run or pass. He went to play with the Minnesota Vikings, Dallas Cowboys, and Baltimore Ravens before retiring in 2002. He has been inducted into the Eagles Hall of Fame.

Cunningham currently serves as the pastor of Remnant Ministries in Las Vegas. His daughter, Vashti, is an Olympian in the high jump. His son Randall II is a collegiate champion at the University of Southern California in the high jump.

Janie Schurr with South Bay Realty has the listing.

Terrific Throwback: Rare Art Deco Home for Sale in the Heart of Denver for $810K

Housing minister bats off calls for rent increase ban in...