Formula 1 has revealed its record 23-race calendar that will unfold in 2022 and which will include Imola,... The post Formula 1 confirms packed 2022 calendar, adds Imola appeared first on F1i.com.

Formula 1 has revealed its record 23-race calendar that will unfold in 2022 and which will include Imola, with the Italian venue replacing Chine.

The draft schedule was published on Friday following a meeting of the FIA's World Motor Sport Council.

Grand Prix racing's 2022 campaign is set to kick off in Bahrain on March 20 and conclude in Abu Dhabi on November 20, which implies that 23 events will compressed into an eight-month period.

Although China was initially expected to be reinstated next season, Shanghai was discarded once again due to the Covid pandemic. However, the Emilia Romagna Grand Prix at Imola will be back on April 24 subject to confirmation of its contract with FOM.

The highlight of next year's agenda will be F1 performing in Miami on May 8, while Barcelona is set to kick off in earnest the sport's European season.

The main reason for F1's compressed schedule is the need to conclude the season before the start of the 2022 World Cup in Qatar. But the constricted calendar has inevitably led to two triple-header legs. 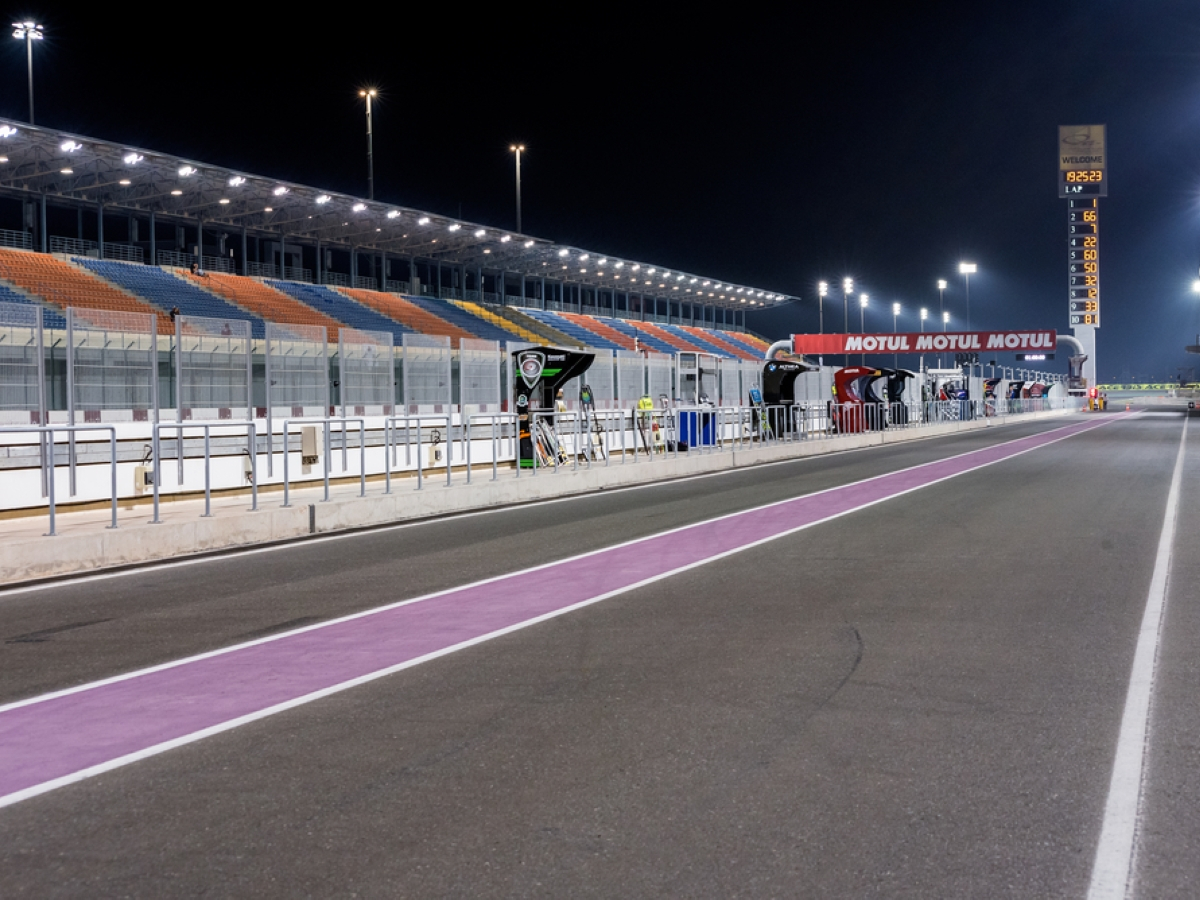 The Losail International Circuit's pitlane entry has undergone a significant change ahead of Formula 1's upcoming first visit to the venue in Qatar.

The peninsula Arab country will host its maiden F1 Grand Prix next month after being added to the sport's 2021 calendar in the wake of several event cancellations due to the Covid-19 pandemic.

Losail – a fixture on MotoGP's calendar since 2004 - holds an FIA Grade 1 licence which has made it eligible for F1. However, a visit last summer by FIA race director Michael Masi revealed a need for several minor track changes, but also a complete revamp of the circuit's pitlane netry.

"What was the pitlane entry for bikes will change dramatically," said Masi, quoted by The Race. "That work is nearly completed. I’ll head there again next weekend, prior to Austin, to have a look, but nearly all the works have been completed.

"There’s a number of double kerbs that have been installed. The circuit is ostensibly a bike circuit, so apex sausages, so people don’t cut corners on the inside, and double kerbs on exits [have been added].

Losail isn't the only venue shared by MotoGP and Formula 1, with bikes also racing at Silverstone, the Red Bull Ring and at the Circuit of the Americas in Austin.

However, Losail's 5.3 km layout which features a majority of medium speed corners isn't expected to produce a thrilling spectacle for F1 due to its potential lack of overtaking opportunities according to teams which have simulated the design.

"There are big run-offs there but obviously the big parts have been safety requirements for bikes," added Masi.

"When it comes to TecPro barriers, things like that is of a very different ilk in the MotoGP or the FIM world.

"So it’s been trying to adapt in a relatively short period, which is the other part that we need to consider – that we’re not talking about a huge period of time.

"The main one has probably been the pit entry from that side, but garages, paddock space and things like that were all fine.

"From a circuit end, I think it’ll be a good little venue for this year."

Formula 1 won't return to Losail in 2022 as the country will be engulfed in FIFA's World Cup. But as a reminder, Qatar has signed a ten-year deal with Formula 1 from 2023.

This year's event will kick off a three-race run for F1 in the Middle-East, with Saudi Arabia's Jeddah and Abu Dhabi following Qatar and rounding off the season.