Clément Beaune, France's EU affairs minister, calls for EP to beef up its presence in Strasbourg. 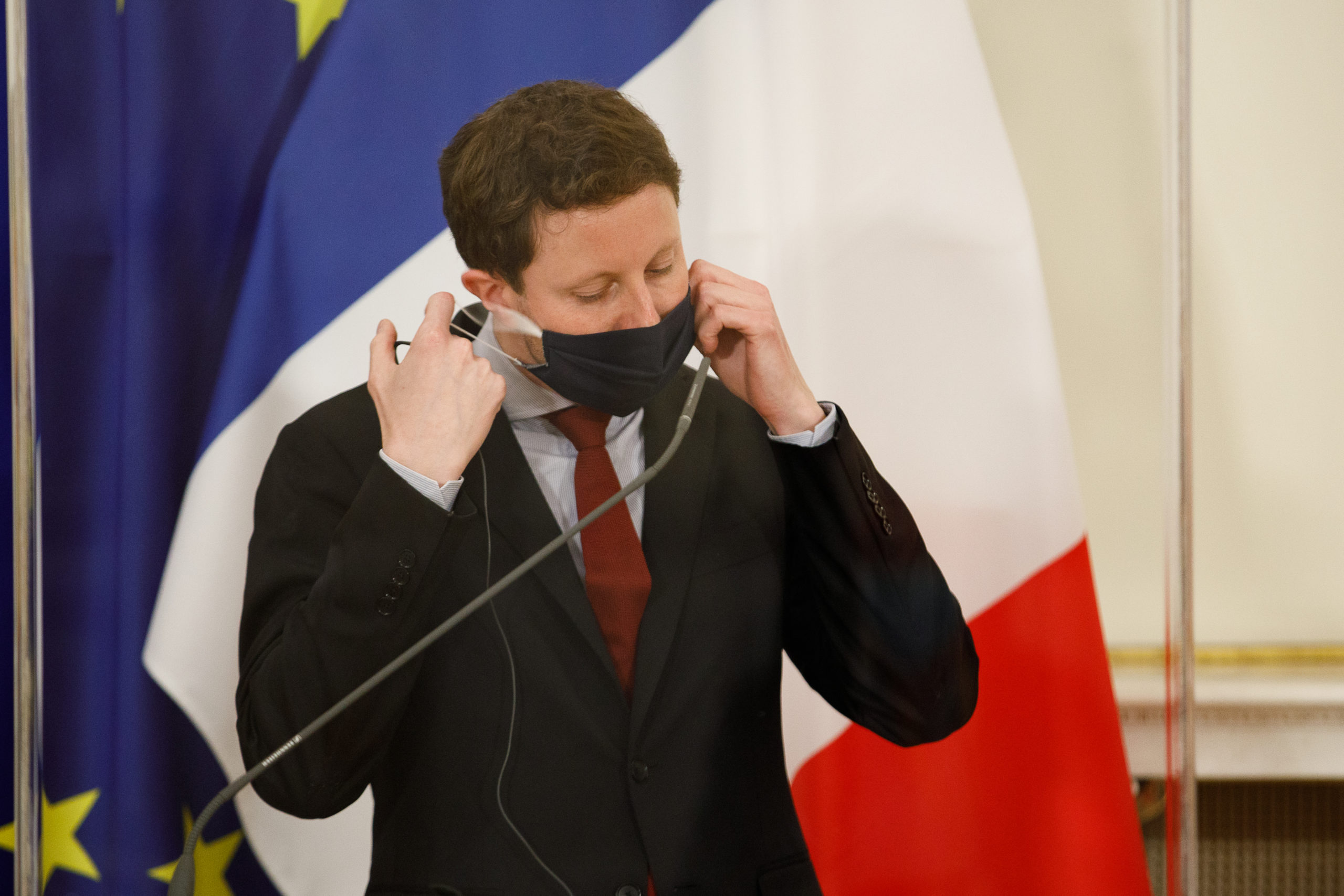 A French Cabinet minister’s suggestion that the European Parliament think about expanding its real estate portfolio in Strasbourg is “not acceptable” and “does not respect the good relations” between the institution and France, a senior Parliament spokesperson said.

On Wednesday, Clément Beaune, France’s EU affairs minister, posted on Twitter a letter to Parliament President David Sassoli in which he asked the Italian to resume plenary sessions in Strasbourg, which have been canceled because of the coronavirus, and expressed “great concern” at the Parliament’s intention to renovate its main building in Brussels at a cost of around €500 million.

Beaune also suggested “reflection” on moving more of the Parliament’s functions to Strasbourg and taking over the nearby Osmose building, a 40,000 square-meter business center.

The suggestion didn’t go down well.

“The content of the letter is not acceptable as he [Beaune] is asking the Parliament to buy a new building in Strasbourg and to move part of the staff,” the spokesperson said. “That does not respect the good relations that we have had until now.”

Sassoli “spoke yesterday with Beaune” and “he did not say anything about this letter and furthermore published it on his Twitter account,” the spokesperson said.

Beaune’s letter comes at a time of heightened tensions between France and the European Parliament because of the decision to meet in Brussels rather than travel to Strasbourg each month.

France is also unhappy at plans for a costly makeover of the almost 30-year-old Paul-Henri Spaak (PHS) building in Brussels at a time when the Strasbourg seat isn’t being used for plenaries. The Parliament’s administration is weighing options that include refurbishing the building or a total rebuild.

Another Parliament spokesperson said a decision on the PHS building has not yet been taken, as “an architectural contest was launched in 2020 on potential options.”

Earlier this week, a number of French officials, including Strasbourg Mayor Jeanne Barseghian and Jean Rottner, the president of the Grand Est region, wrote to Sassoli saying they would fiercely oppose any plans to renovate the Parliament’s ramshackle Brussels premises.

Coronavirus vaccine hesitancy could spoil the party in 2021