Jesse Katsopolis and Joey Gladstone are one of Full House's most dynamic duos. But looking closer at their relationship, they're more like frenemies. 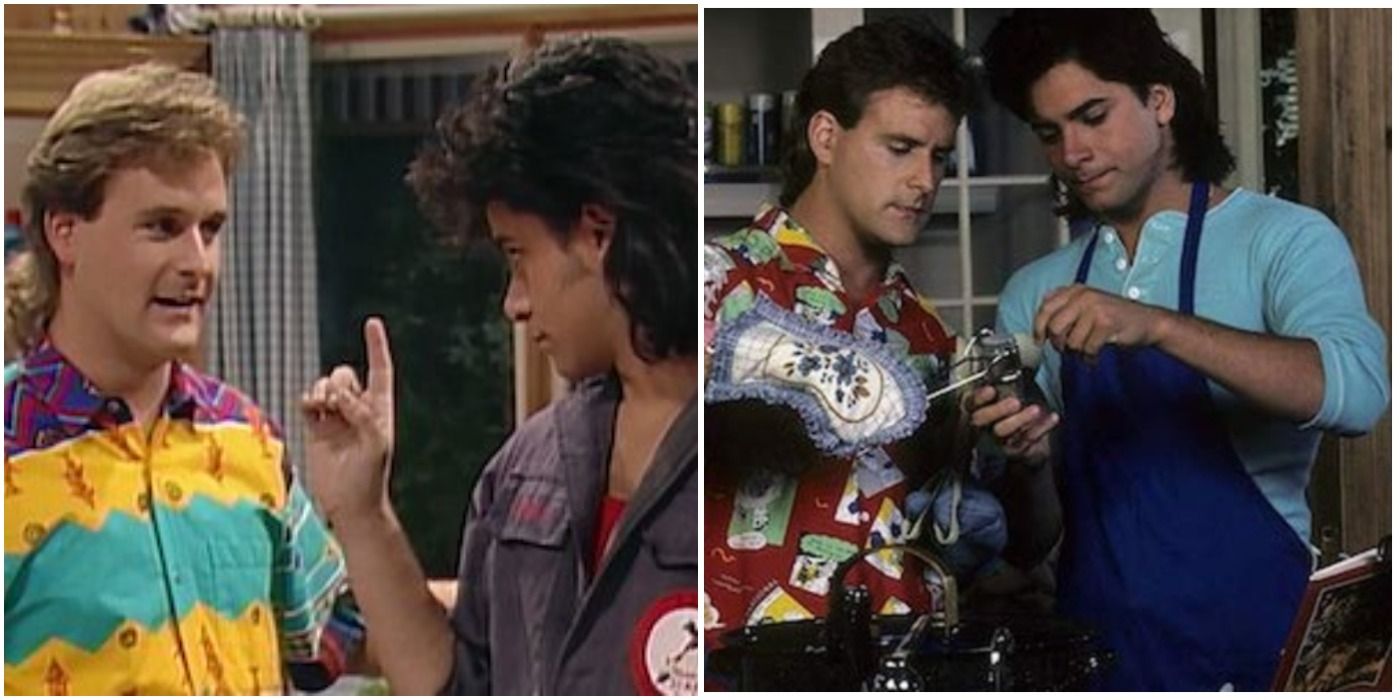 For a show like where the whole point of the series is for the characters to be buddies, there are a lot of reasons why that might not be the case. This has been apparent in friendships like Danny's and Joey's, but it’s also noticeable between Jesse and Joey even though this duo was one of the show’s most famous.

RELATED: Full House: What Does Your Favorite Character Say About You?

The likelihood of them not being true friends is pretty high when the dynamic of their relationship is put under greater scrutiny, revealing how their connection wasn’t exactly the healthiest. Looking at things under this lens easily proves that Jesse and Joey aren't as close as the sitcom would have viewers believe.

For the most part, the relationship between Joey and Jesse sees the latter barking orders at the former. Whenever the two are in any situation, Jesse is the one who becomes the boss while Joey is relegated to taking his orders.

Joey seems more or less like Jesse’s subordinate rather than friend, as every idea he has is quickly shot down and Jesse even spares a moment to insult Joey for suggesting anything to him. This became so common that Joey ended up blindly taking Jesse’s orders rather than doing what he wanted.

9 They Were Only Together Because Of Their Living Arrangement

One of the things that was making it the choice of the main characters to live together instead of being forced to. Jesse and Joey didn’t want to live in the same place, but they had to do so since that was part of the condition of being in the house.

If their circumstances had been different — such as Joey having a stable career and Pam still being alive — then Joey and Jesse wouldn’t have had been together in the first place.

8 Their Relationship Was Based Around Annoyance And Disdain

To some extent, every character has a cringe factor in , although they didn’t make this known to one another. In the case of Jesse and Joey, however, they did let the other know how much they were annoyed by their antics.

Jesse considered Joey to be too wrapped up in his frequent jokes and childish behavior while Joey didn’t care much for Jesse’s quick temper and his obsession with Elvis. While they grew to accept these mannerisms, they never got fond of them.

7 Jesse Was Paranoid Of Joey And Becky's Relationship

This only happened in one episode, but it confirmed how Jesse saw Joey as something of a threat to his relationship with Becky. In his nightmare, Jesse imagined Becky running off with Joey and ditching him after their affair.

He didn’t have the same thoughts regarding Danny despite the latter also being an eligible bachelor who lived in the same house. It appeared as if Jesse was projecting some insecurity of Becky’s friendship with Joey into this nightmare.

6 They Rarely Agree On Anything

Whether it had to do with what movie to watch, what to eat, or how to go about dealing with the kids, it’s for certain that Jesse and Joey won’t see eye to eye.

Jesse had the habit of making snap decisions that spoiled the girls and shielded them too much from life’s troubles, while Joey would stick to being the fun guy who ultimately made the girls disregard life’s challenges. The guys needed Danny to be the responsible one in basically every situation and didn’t function well when it was just the two of them.

Many felt that Joey deserved more of a conclusion in the original series since he started and ended the series being the same guy. While it seemed as if Jesse’s kids would be close to him, it was confirmed in Fuller House that it wasn’t the case.

This comes down to Jesse as well, seeing as he had promised that his children would treat Joey as an uncle. Since this didn’t happen, and Joey himself didn’t seem to care, it’s safe to say that Jesse and Joey didn’t put any effort in keeping the children in Joey’s life, something true friends would most definitely have done.

4 Their Collaborations Were Less Succesful Than Individual Pursuits

The matter of the characters being financially stable is seen as something unrealistic but even here Joey and Jesse’s friendship was more of a drawback. They collaborated in a number of businesses and partnerships, none of which lasted long-term.

While the show’s individual episodes made it appear as if their ventures were successful, the two ultimately found true success apart from one another when Jesse became a composer and Joey achieved success in comedy. It turns out they were both holding each other back.

While there was a lot of forgiveness going around in Full House, it was usually because Jesse was quick to pin the blame on Joey. Whenever the two were in a predicament, Jesse would unload his frustration on Joey for getting them there.

RELATED: Fuller House: 10 Ways The Series Failed At Following Up On The Success Of Full House

Admittedly, Joey’s behavior did land the duo in trouble on many occasions but Jesse didn’t figure out solutions but rather jumped on Joey for being the cause of the problem. It would only be at the end of the episode that Jesse would look past the issue.

2 Their Habits Didn't Rub Off On Each Other

Barring one episode where the point was to show how Jesse and Joey had become closer than before, the two didn’t change in a way most friends do by adopting each other’s traits. Joey didn’t become a cool guy like Jesse while the latter didn’t become comedic like Joey.

Their outlooks in life remained different, with neither having any real influence on the way the other's thinking process worked. This was different compared to their friendship with Danny, under whom both Jesse and Joey became more responsible, which points toward their own friendship not having the same kind of depth.

1 They Didn't Seek Each Other Out For Family Matters

There were storylines in Full House that were corny but still taught great lessons. However, a majority of these had Danny at the center, with Joey and Jesse popping up on occasion. At these moments, the two would always approach Danny for family matters rather than each other.

Despite Joey and Jesse being involved in most of each other’s storylines, they didn’t have enough trust in one another to feel comfortable in seeking the other out for the most important matters, meaning that ever-important connection was lacking.

NEXT: How Does Steve Urkel Know DJ Tanner? & 9 Other Questions About ABC’s TGIF Universe, Answered