Full House: The Origins Of Joey's "Cut It Out" Catchphrase Explained

Each adult in Full House had their own quirk, for comic Uncle Joey (Dave Coulier), it's his catchphrase: "cut it out," here's its secret origin. 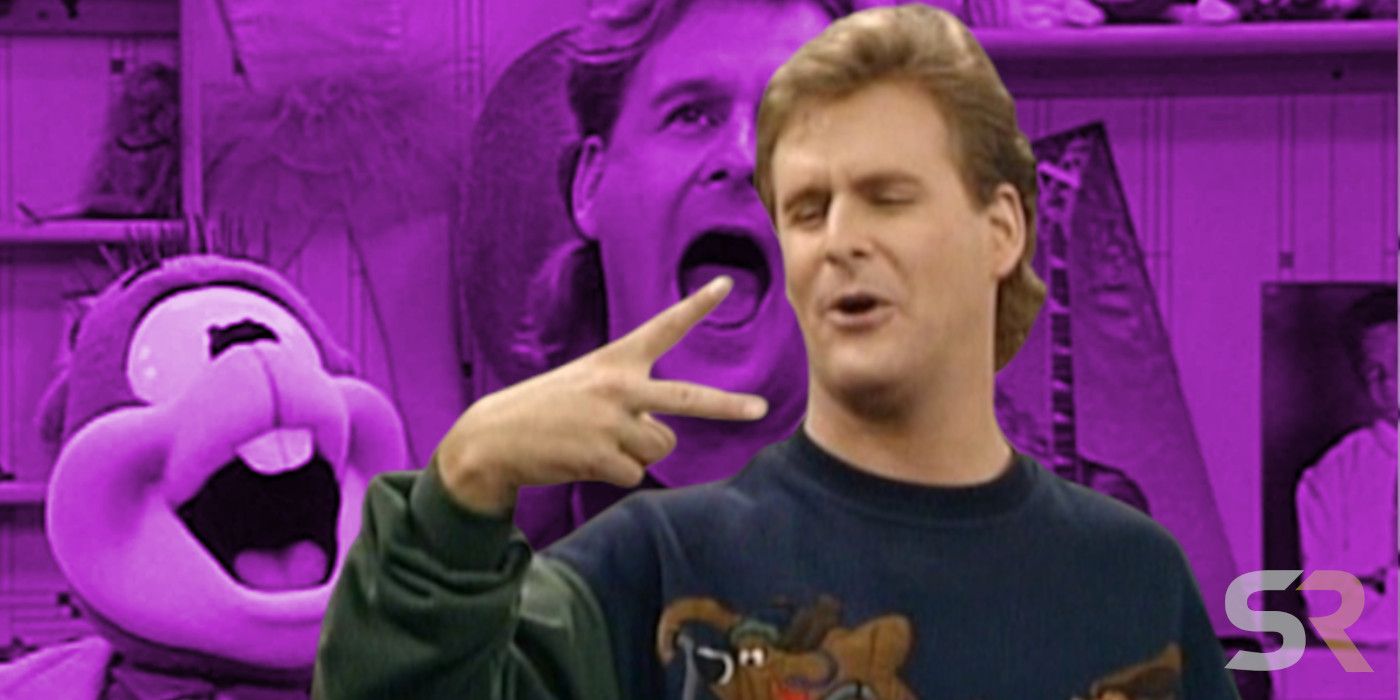 Where did Uncle Joey's "Cut. It.Out" catchphrase in come from? The ABC family sitcom debuted in the late '80s and quickly became a cult classic, eventually getting a second wind via a sequel spin-off via Netflix's . Full House featured comedian Bob Saget as a newly-widowed father, Danny Tanner, raising his three young daughters with the help of his brother-in-law, Jesse (John Stamos) and comedian friend Joey Gladstone (Dave Coulier).

Each adult played a parenting role raising DJ (Candace Cameron-Bure), Stephanie (Jodie Sweetin) and Michelle (Mary-Kate and Ashley Olsen). Danny was the strict but loving father, Jesse was the cool uncle, while Joey was the easy-going jokester. Aside from their primary role of taking care of the girls, the three men of also had their own arcs in the show's eight-season run. Joey was a stand-up comic who did open mics and at one point, even hosted his own children's show, although it was short-lived. This also meant that he had his signature comedic bits including bringing Mr. Woodchuck the puppet to life, as well as the catchphrase "Cut. It. Out.," which he also liked to use around the house.

Related: Full House: How To Easily Tell Which Olsen Twin Is Playing Michelle

For what it's worth, "Cut. It. Out" is already a widely used phrase, so it's quite fascinating Full House and Coulier decided to make it as Joey's catchphrase. Granted, he paired it up with a cutting gesture punctuated by his thumb pointing outwards as if telling someone to leave, but it's still an odd choice for a signature tagline. Apparently, it came from a slightly longer comedic bit by Mark Cendrowski who's known to direct multiple episodes of . Prior to Coulier landing the role of Joey in Full House, he was in a duo with Cendrowski called C and Ski. Part of the latter's act is playing a character named Mark Suave who unbuttons his shirt and waits for the ladies to notice. One he made eye contact, he'd tell them off saying “You’re in love with me, now. Cut. It. Out.” Coulier loved it so much that he adapted it and used it in his own bits.

Aside from making it Joey's catchphrase in , Coulier also previously used it in his stint as the host of Nickelodeon's Out of Control. The comedy TV series centered on a fictional news program where the actor plays the mediator for his weird co-workers. It features various sketches headed by each other Coulier's teammates as they grappled with each other's quirks and odd personalities. Given Coulier's role as the peace-maker among the rest of the series' key players, incorporating the tag line "Cut. It. Out." was fairly easy. That said, it didn't really become until he brought it on Full House as Joey's own catchphrase.

The  slated to release next month are potentially the last time fans can look forward to Uncle Joey delivering his signature "Cut. It. Out." line. While the Full House sequel spin-off focused on the younger characters, it tried to incorporate a lot of familiar quirks of the older cast every time they come in for a visit, that includes Joey's tagline. As the show ends after five seasons possibly with the triple wedding of DJ, Stephanie, and Kimmy, chances are that its creatives will try to incorporate as much nostalgia before the Tanners and their extended family officially say goodbye.