Game of Thrones may have had a controversial ending, but the HBO series was highly acclaimed as a whole, with Season 3 being a particular favorite. 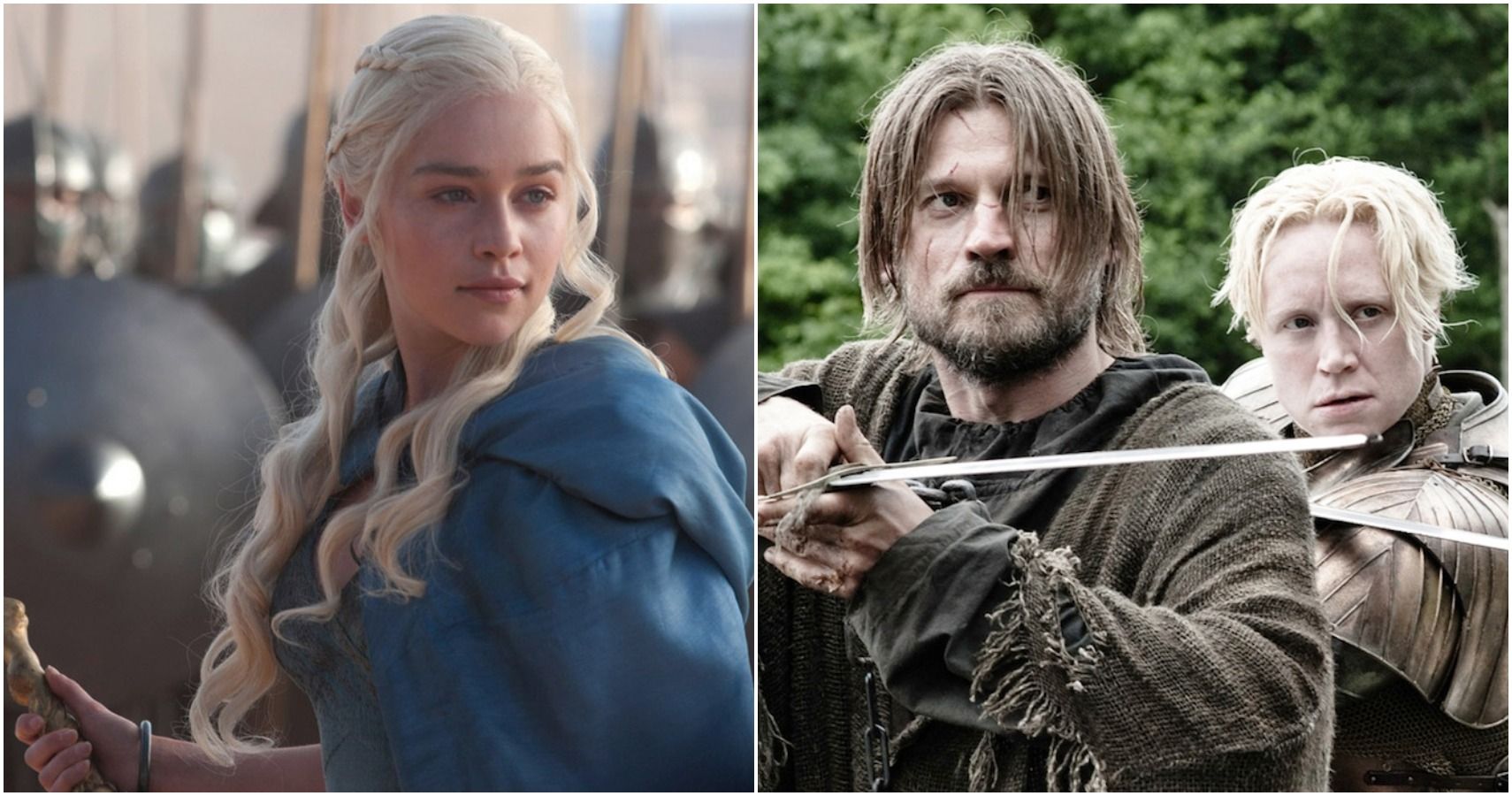 HBO's Game of Thrones was a phenomenon in popular culture that united audiences across the globe. Although its final season saw the show stutter at the finish line, the early seasons of the fantasy drama featured fantastic storytelling layered with political intrigue and jaw-dropping demonstrations of power.

RELATED: Ranking Every Episode Of Game Of Thrones Season 3 (According To IMDb)

Season 3 easily remains the best installment in the series and could be regarded as the peak of the show's quality. It featured heartbreaking betrayals, forbidden love, and epic dragon scenes that have since become synonymous with the series. Here's the case as to why it's the best season.

The Mother of Dragons had a dramatic character shift in Season 8, but Season 3 depicted Daenerys at her best. The Targaryen exile amassed an army by freeing the Unsullied from the masters of Astapor, unleashing dragonfire on the slavers in one of the show's most iconic "Dracarys" moments.

Daenerys truly came into her power during Season 3 and used this power to fight against slavery in Astapor and Yunkai. Despite her character's controversial endgame, it was great to see the Breaker of Chains as the heroine she once was.

The Red Wedding remains one of the show's most shocking and heart-breaking scenes. Robb Stark seemed set to avenge his father's death and overthrow the Lannisters but was instead murdered by the Freys, along with mother and pregnant wife.

All seemed lost for the Starks as they were defeated by House Lannister and betrayed by the Boltons. The deaths of Robb, Catelyn, and Talisa were unapologetically gruesome and had a lasting effect on the other characters in the series.

Jon Snow traveled with the Free Folk after pretending to betray the Night's Watch in Season 3, sharing a passionate — but ultimately doomed — romance with the wildling Ygritte. Jon and Ygritte remain one of the best couples in Game of Thrones. Their star-crossed love helps make Season 3 the show's best installment.

Jon and Ygritte's passion was intense, and the wildling was a refreshingly crass character for the show. Their break-up scene, which included Ygritte shooting her lover with arrows, was an emotional moment that captured the ill-fated nature of their love.

House Tyrell flourished in Season 3 as their influence in King's Landing grew. Margaery and Olenna proved themselves to be exceptional political players, with Margaery manipulating the sadistic King Joffrey while Olenna shared witty scenes with Tywin Lannister.

RELATED: Game Of Thrones: 10 House Tyrell Memes That Will Have You Cry-Laughing

Olenna and Margaery were fantastic additions to the King's Landing story arc. The latter's rivalry with Cersei foreshadowed ominous warnings for their future, and Sansa Stark began to learn from the Tyrell queen's example.

Like Daenerys, Bran grew in power throughout Season 3, though his power was mystical instead of political. The former Lord of Winterfell met Jojen and Meera Reed, and the siblings helped him develop his mysterious ability to warg. The season concluded with Bran and his companions reaching the Wall, promising a future clash with the White Walkers.

Season 3 was a stale season for Stannis Baratheon, who suffered a heavy loss while attempting to take King's Landing in Season 2's Battle of Blackwater Bay. The stoic monarch did, however, learn about the White Walkers beyond the Wall and was the only king to take the threat seriously.

Melisandre's strange power was further explored during this season as the Red Priestess used blood magic to seal the fates of Robb Stark, Joffrey Baratheon, and Balon Greyjoy. The Red God remains one of the show's most fascinating figures, with many unanswered questions surrounding the mysterious religion.

Tyrion did an excellent job as Hand of the King to Joffrey in Season 2, but the Lannister patriarch wasted little time reclaiming his title and establishing power in Season 3. Tywin's rule was unquestionable as he silenced Joffrey and forced Tyrion to marry Sansa.

Tyrion and Cersei lost some of their power in Season 3 and had to contend with their domineering father. Tywin was the show's most ruthless but effective leader, and his iron rule in King's Landing depicted some of the show's best political storytelling.

3 A Villain We Can All Hate

Joffrey Baratheon was the show's most hated character for the first four seasons of Game of Thrones. The vicious boy king was at his most sadistic in Season 3, slaughtering Ros and various other people and relishing in humiliating Tyrion and Sansa at their wedding feast.

Joffrey was a villain all viewers universally despised. His arc was less divisive than Daenerys' sudden descent into madness and more satisfying than Cersei's and the Night King's.

Jaime Lannister and Brienne of Tarth were a mismatched couple who became one of Game of Thrones' most popular pairings. Their relationship developed in Season 3 as they traveled across the Riverlands. The duo was taken captive by Locke, resulting in the loss of Jaime's hand, before finally finding their way to King's Landing.

These two initially despised each other as Brienne swore fealty to Catelyn Stark, a sworn enemy of the Lannisters. But the relationship deepened deepened as they developed a mutual understanding, and Jaime began his road to redemption when he saved her life.

1 The Truth About The Mad King

Jaime and Brienne shared one of the show's most intense scenes in Season 3. While resting in the baths at Harrenhal, a weakened Jaime tells Brienne the chilling truth about Aerys Targaryen, detailing why he killed the Mad King and turned his back on his Kingsguard vows.

Jaime revealed that the Mad King planted wildfire throughout King's Landing and planned to destroy the city during Robert's Rebellion. The confession absolved Jaime of some of his sins and showed that his character, unlike Cersei, still held a shred of honor.

How I Met Your Mother: 10 Things You Didn't Know About Ranjit

10 Things That Make No Sense About The Marvelous Mrs. Maisel

‘Inuyasha’ is Getting an Anime Sequel About Inuyasha and...

Ryan Reynolds Should Do Green Lantern 2 Before Deadpool...