Game of Thrones: 5 Things We Loved in the Finale (& 5 Things That Ruined The Show)

The finale of Game of Thrones left fans reeling. Here are the 5 things they loved about it & 5 that ruined the show. 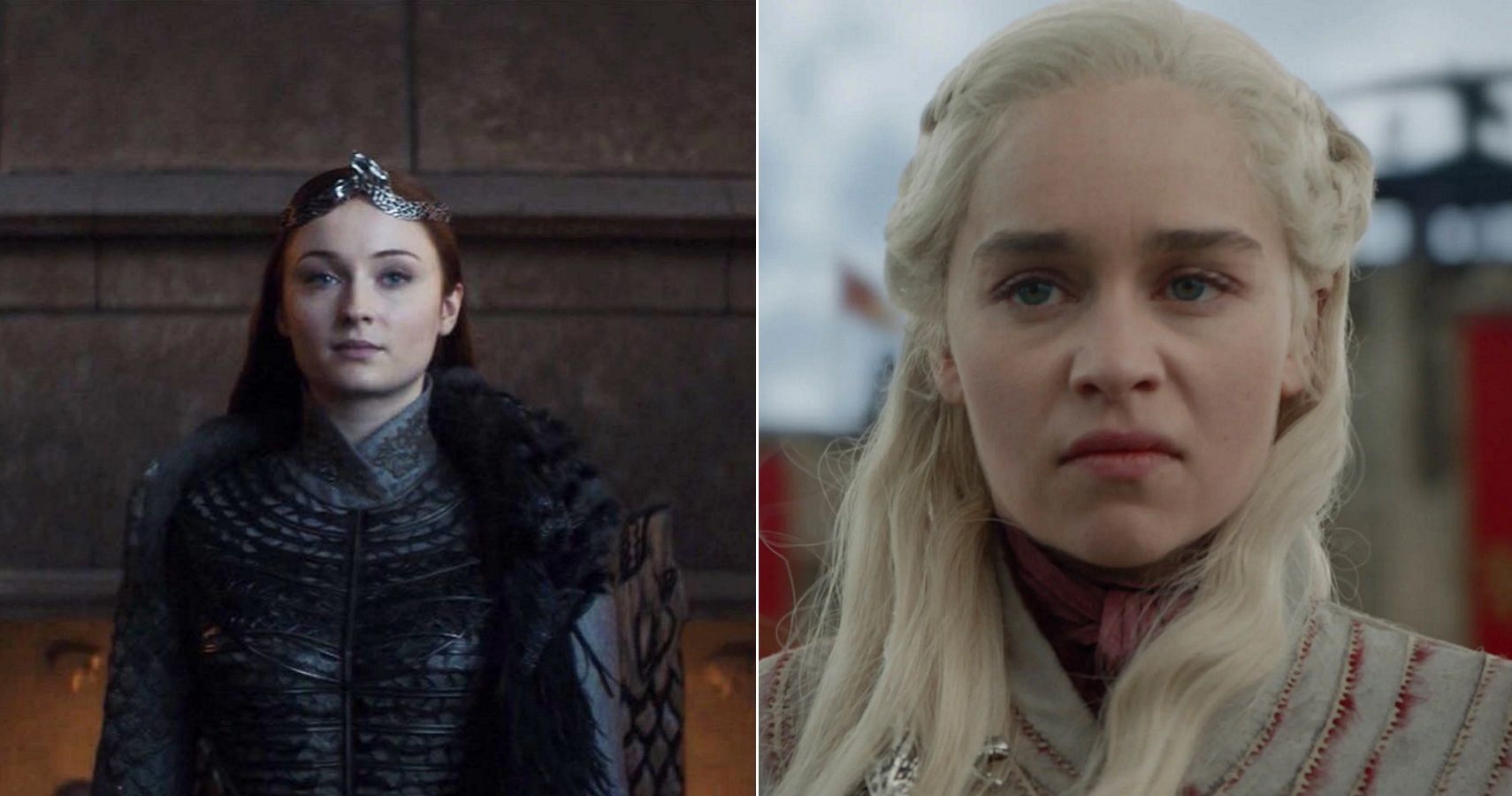 It's been a year since the last season of Game of Thrones premiered and fans still can't stop talking about it. That may be in part because the series isn't really over (George R.R. Martin still has two books to publish) but it may also be because the ending of the program was so divisive.

RELATED: Game Of Thrones: 10 Characters Who Got Worse As The Show Went On

The show was beloved for seven seasons before dividing the fanbase in its eighth and final outing. Not everyone was going to be satisfied, no television show or series of any kind can promise that, but Game of Thrones was particularly painful because of the incredible quality of the television show until the very end. Here are a few things fans loved, and a few they loathed, in Game of Thrones season eight.

10 Loved: The End Of The Iron Throne

In the finale, fans got to watch one of Dany's two remaining dragons, her favorite, Drogon, melt the Iron Throne itself with his dragon fire. There was a lot going on in the scene, much of which was problematic to a large part of the fan base, but the end of the corrupting and evil influence of the world's most famous (and possibly most uncomfortable) chair wasn't one of them.

The only way for the game of thrones to actually end was when there was no longer a physical throne over which to fight.

While much can be argued in favor of Bran becoming king of Westeros, the story of "Bran the Broken," the best story in all of Westeros according to Tyrion Lannister, isn't one of them. Ask viewers who had a better story than Bran on the show and odds are everyone will have an answer.

Almost anyone on the show could have been named as having a better and more engaging story than poor, broken Bran. His being king felt like a letdown.

While the coming together of the remaining great houses of Westeros to choose their new monarch highlighted just how much, and how many, had been lost in the years leading up to the end of the game of thrones, it also highlighted one of the greatest intrigues the show offered its viewers from the start, its politics.

Game of Thrones was never black and white with heroes and villains, or with deserving people getting a happy ending. This sit down was a great throwback, as well as a scene that offered fans the glow-up of Robin Arryn and the takedown of Edmure Tully.

Remember how Jon Snow was never a bastard? Remember how it was revealed that his parents were the legally wed Lyanna Stark and Rhaegar Targaryen? Remember how that secret and that fact were going to change everything?

RELATED: Game Of Thrones: Every Ruler In The Show, Ranked From Best To Worst

Well, it didn't. Jon never really wanted or tried to be king. His parentage didn't give him any more power, it only broke up his relationship and saw him return to exile beyond the wall in the north. It was a lot of build-up for nothing.

If anyone deserved a happy ending it was Brienne of Tarth (and the incredible Gwendolyn Christie). Brienne was one of the only characters who really did embrace the chivalric ideals from which knights usually spring in fantasy literature.

While her romance may have (unsurprisingly) failed, her being named Lord Commander of the King's Guard under Bran Stark was well deserved and well received. No one deserved a white cloak and golden armor more than Brienne.

Ignoring the much-loathed fact that Jaime went back to Cersei in the end, abandoning the Starks and Brienne of Tarth, what was even more upsetting to see was how he and Cersei met their end. When Tyrion finds Jaime and Cersei's bodies in the rubble beneath the Red Keep he is standing on solid ground.

If Cersei and Jaime had moved only a few feet they would not have been crushed beneath the castle. They would have lived and both have had to face some very interesting justice. Furthermore, if Jaime and Cersei were to die, they both deserved a better death than the anti-climactic one they received.

Many characters ended their run on Game of Thrones with less than thrilling or understandable demises. Jaime and Cersei come to mind, along with the quick murder of Varys. However, Jorah Mormont (played by the incomparable Iain Glen) was one of the few deaths that was earned and well-received.

Jorah went down fighting for his queen, exactly as he would have wanted to. He got to return to the North, restore his honor, and save the woman he loved. The end of House Mormont was all the more heartbreaking because of it.

Fans had waited since season one to see the Stark siblings reunited only to watch them all go their own separate ways a mere eight episodes later. After all of that time apart did they really want to go their separate ways?

Of course, Jon was exiled but Bran could have decided to rule from somewhere other than King's Landing, and Arya could have stuck around to serve either her sister or brother. It felt like a loss for family and fans alike.

2 Loved: Queen In The North

No female character on Game of Thrones suffered more than Sansa. The fact that she not only survived all that happened to her but thrived is a heroic tale in and of itself. Watching the North take back its independents this time with a queen, rather than a king, was everything viewers could have hoped for.

She deserved it, the North deserved it, and it was important to see at least one lady find power and success in the end.

As Daenerys once said, she would take the throne of her ancestors with "the blood of my enemies, not the blood of innocence." Obviously, that's not what happened. While many fans guessed that Daenerys would succumb to the madness of her family, they also hoped that it would be built toward in a much more understandable and well-timed way.

Instead, Daenerys forgot who she was and what she fought for in almost an instant, and fans were disappointed to see years of character development flushed down the drain.

NEXT: Game Of Thrones: 5 Times We Felt Bad For Sansa Stark (And 5 Times We Hated Her)