Gang Members React to Photos of Themselves with Tattoos Removed

For his project Skin Deep, photographer Steven Burton shot portraits of current and former gang members and then used the power of Photoshop to reveal what they would look like without their face and body tattoos. This 4-minute video shows the reactions of the subjects seeing their ‘shopped portraits for the first time. Many of […] 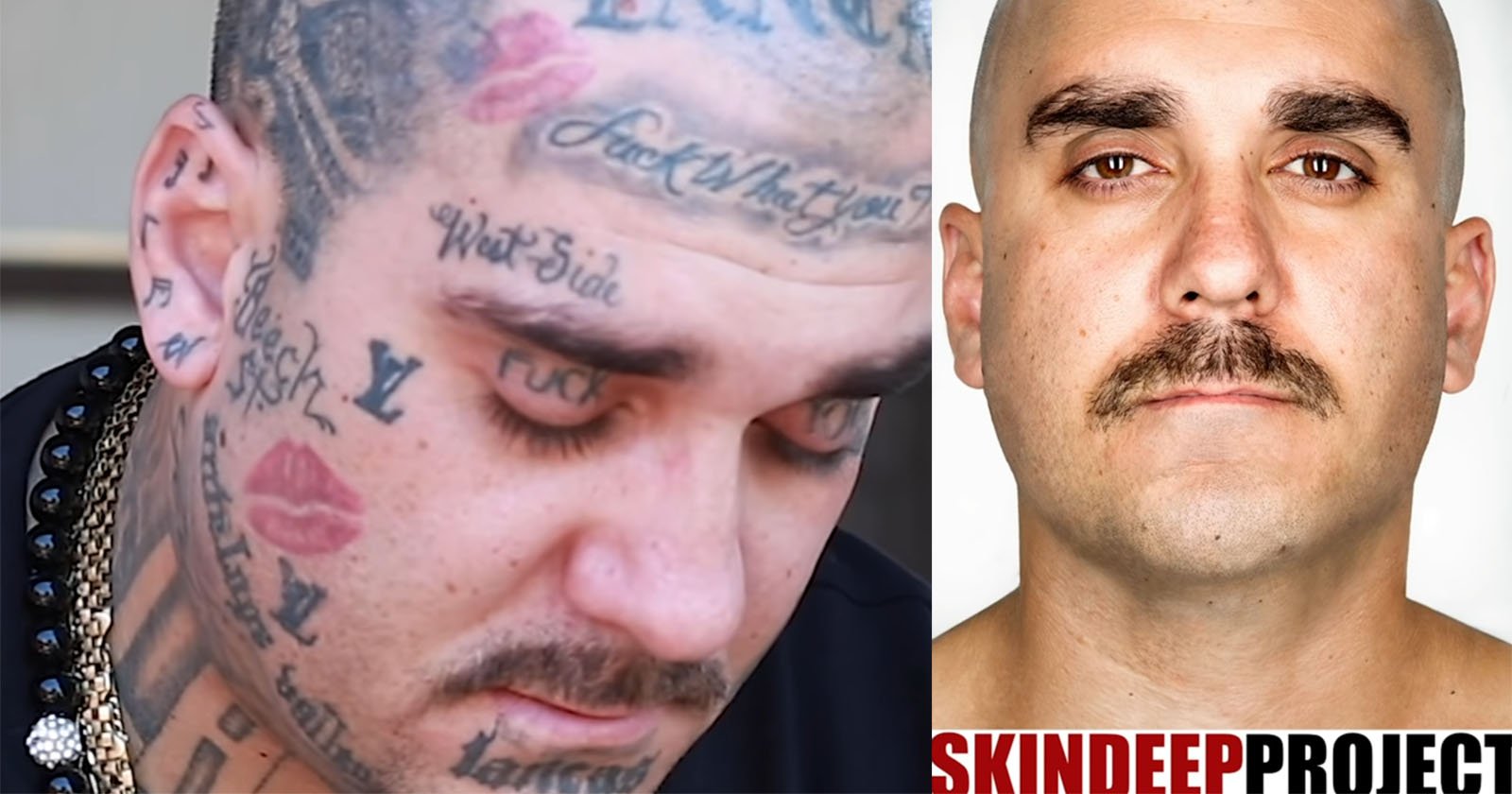 For his project , photographer Steven Burton shot portraits of current and former gang members and then used the power of Photoshop to reveal what they would look like without their face and body tattoos. This 4-minute video shows the reactions of the subjects seeing their ‘shopped portraits for the first time.

Many of the subjects are clearly moved when they see themselves without the facial tattoos that have come to define them in the eyes of others.

“Many of the subjects have not seen themselves without tattoos for decades!” writes Burton, a portrait and commercial photographer based in New York City and Los Angeles. “The images catch the subjects off guard and often create a reflective and profoundly contemplative atmosphere, powerful, emotional and honest conversation is possible.

“The interviews tell many truths about being in gangs and the realities of leaving them. It also reveals some of the root problems that drive young people into the arms of gang life.”

If you’d like to see a gallery of these before-and-after portraits, check out our earlier feature of Burton’s project from back in 2016. There are also longer interviews with individual subjects on the project’s website.

Skin Deep has been published as a photo book after a successful Kickstarter crowdfunding campaign back in 2016. The 168-page hardcover book can be purchased for $22.

Here’s a portion of the book’s description:

For decades now tattoos have been potent symbols of the Los Angeles gang-life scene. The black and white tattoos with recognizable gang symbols appear on members’ faces, necks and all over their bodies, making their gang affiliation immediately clear to whomever crosses their path. This can mean the difference between life and death on he streets, and just as often, in prison.

What does this prominently placed imagery mean for those men and women who somehow extricate themselves from gang life or are released from prison or want to separate themselves from the gang and start life anew? The very tattoos which may have helped guard against the constant threat of rival gangs now bar many ex-gang members from employment, life without harassment, and the freedom to move on from a past they have worked hard to overcome. […]

Utilizing before and, thanks to the advantages of Photoshop, after photographs, these men and women got a chance to see what they’d look like without the inked visual armor. After the bare images were presented to each, they were asked to talk about themselves and their families, what tattoos represent to them, and their aspirations for the future.

This Guy Got a Minecraft Server Running on His Canon DSLR

Apple Just Doubled the Price of RAM Upgrades on the Cheapest...