Despite being prone to injury, Andre Russell’s stock in the T20 cricket is still going strong in a bullish fashion. He is among rare breeds of players who can single-handedly change the outcome of the game. Last season in the Indian Premier League (IPL), Russell had snatched too many victories from the jaws of defeat… Despite being prone to injury, Andre Russell’s stock in the T20 cricket is still going strong in a bullish fashion. He is among rare breeds of players who can single-handedly change the outcome of the game.

Last season in the Indian Premier League (IPL), Russell had snatched too many victories from the jaws of defeat for Kolkata Knight Riders (KKR).

The franchise hierarchy and fans must be expecting something similar this year in challenging conditions of the UAE.

Gautam Gambhir, the former KKR skipper, feels that not many bowlers, barring two or three, can trouble the hard-hitting Jamaican.
Gambhir named Jasprit Bumrah among one of them since the latter did cause difficulties to Russel last year.

“There might be two or three of them in the IPL who could trouble him but not beyond that. I don’t see bowlers other than probably someone like Jasprit Bumrah who can actually trouble Andre Russell,” Gambhir said on the ‘Cricket Connected’ show for Star Sports.

Russell’s batting position is an equally debated topic for the KKR. David Hussey, former Australian cricketer and KKR mentor, believes that Russel should bat higher up the order.

Gambhir thinks the franchise can be a little flexible in their approach since they also have to make full use of Eoin Morgan’s hitting prowess.

“Obviously, if you are in great hitting form, quality of cricket and quality of bowling might be different but Andre Russell is a confidence player. If his confidence is high, then the bowling does not matter.”

“If someone goes in such big-hitting form to the IPL, I want to see how KKR uses him. Because now they have Eoin Morgan as well, who is in great form. So if you have two such international players, who are in great hitting form, left-handed and right-handed, then you can be a little flexible,” concluded Gambhir.

Practical Dawid Malan Aims For Consistency, Says He Is Not ‘Anywhere Near’ To Virat...

Yuvraj Singh in good position to become the first Indian cricketer to feature in...

Yuvraj Singh, the sixer-king of white-ball cricket, is reportedly in an excellent position to become the first Indian player to participate in Australia’s Big Bash League (BBL). Australian Cricketers’ Association (ACA) president, Shane Watson, has affirmed that it would be ‘incredible’ to include the former Indian cricketer in the BBL roster. Even after ten seasons… Yuvraj Singh, the sixer-king of white-ball cricket, is reportedly in an excellent position to become the first Indian player to participate in Australia’s Big Bash League (BBL).

Australian Cricketers’ Association (ACA) president, Shane Watson, has affirmed that it would be ‘incredible’ to include the former Indian cricketer in the BBL roster.

Even after ten seasons of the BBL, no Indian cricketer has been able to feature in the competition. The BCCI, apex cricketing board in India, has not provided the No-Objection Certificate (NOC) to its players to participate in the foreign leagues.

A professional can only participate in a foreign league after retiring from domestic and international cricket. Yuvi announced his retirement from international as well as first-class cricket last year, after the 2019 ODI World Cup snub.

The Punjab powerhouse helped India win the 2007 T20 World Cup and 2011 ODI World Cup, where was adjudged as the ‘Player of the Tournament’.

He had participated in Canada’s Global T20 league last year and has been eying a place in BBL. Jason Warne, Yuvraj’s manager in W Sports & Media, has confirmed the same.

“There is a chance but no Indian players have been able to be released in the past to come and play at the [other] T20 tournaments so that’s a big hurdle,” Watson told ‘The Sydney Morning Herald’ from Dubai. The Aussie all-rounder is currently part of the Chennai Super Kings’ (CSK) campaign in the Indian Premier League (IPL).

Watson has been working in close quarters with MS Dhoni and Stephen Fleming at the CSK camp. Moreover, Watson reckoned that the availability of the Indian players in BBL would be a challenging prospect.

“It would be incredible for them to be able to play in these tournaments. That is the ideal situation. There are so many world-class T20 players in India that aren’t playing for India that could be potentially available to play in the Big Bash and other tournaments around the world. If that’s able to happen, that would make a massive difference,” Watson concluded.

Indian Cricketers’ Wives And Their Professions

Shreyas Iyer Feels IPL 2020 Will Be The Most Challenging

On This Day That Year: Hardik Pandya Scored The Fastest... 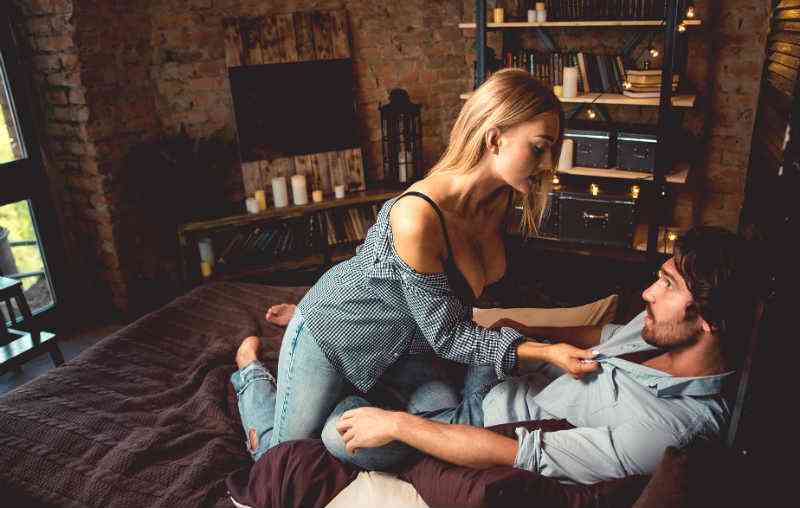 This “Subconscious Trick” Turns Her On & Makes Her Want...

What Turns a Girl On? Here's How to Get Her So Hot & Bothered She Practically BEGS to Come Home With You… In my last couple of articles, I showed you how to appeal to a woman's senses. This will get her interested in you, and it will also keep her interested in you… to a point. Now, here's where the rubber meets the road in terms of appealing to her senses: Seduction. WARNING: Because while a man's initial sex organ is his eyes… a woman's initial sex organ is her ears. So today, I'm going to show you why the main way into a woman's romance “lockbox” is through what she hears (both subconsciously and otherwise)… And how to use this information to...

When Americans divide themselves into camps, they stick to them fiercely: Democrats versus Republicans, pro-life versus pro-choice, gun rights versus gun control. Add to that, as has become apparent over the course of the past year, those who are pro- versus anti-coronavirus vaccines. As with so many other polarizing issues, your position on getting or not getting inoculated against COVID-19 has become more than a... 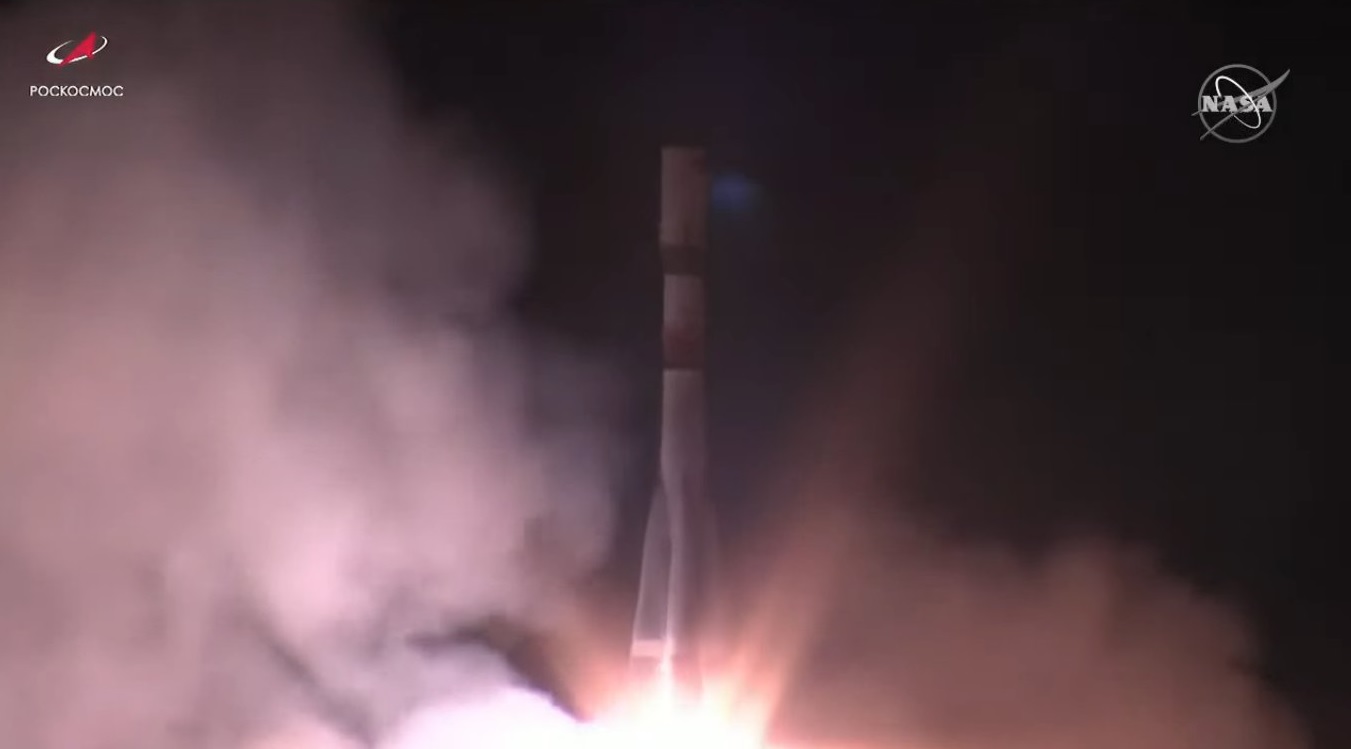 Roscosmos has launched the third Progress cargo resupply mission to the International Space Station for 2021. The flight, known as Progress MS-18, lifted off from the Baikonur Cosmodrome in Kazakhstan from Site 31/6 at 00:00:32 UTC on Thursday, 28 October 2021.  Due to phasing requirements for the upcoming 31 October launch of the Crew-3 mission from the Kennedy Space Center in Florida, Progress MS-18 employs a two-day, 36 orbit rendezvous profile, arriving for docking at 01:34 UTC on Saturday, 30 October. The Progress MS-18 mission is the second flight in a period of increased International Space Station (ISS) activity at the end of the year... Twenty-five Victorians have died after testing positive to COVID-19 as the state records 1923 new infections ahead of restrictions easing tomorrow.There are 746 Victorians in hospital, including 137 patients in ICU and 85 people on a ventilator.Victoria's vaccine rate has grown to 77 per cent of people being fully vaccinated.From tomorrow at 6pm, both vaccinated and unvaccinated Victorians will be able to go to retail stores again following months of click-and-collect and online shopping.LIVE UPDATES: https://twitter.com/VicGovDH/status/1453481660951904256The state's 80 per cent vaccination milestone freedoms kick in tomorrow, even though Victoria may not reach the target until later on the weekend.However, the state's COVID-19... 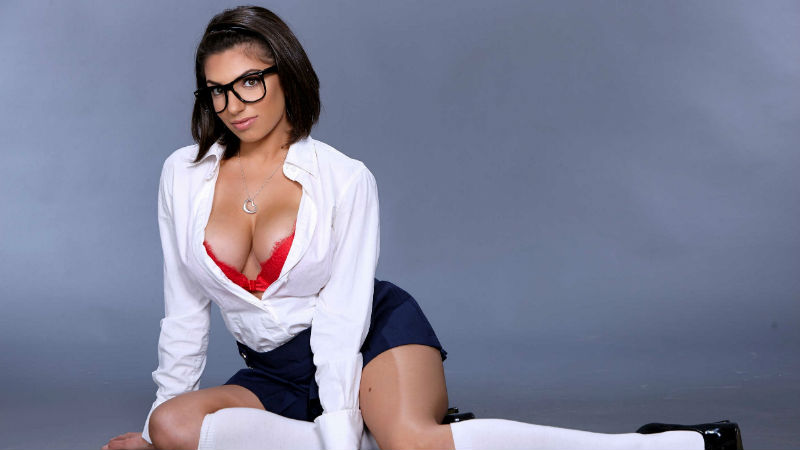 Discover How To Be More Dominant in Bed the Way She Really Wants… Hi guys! I’m Darcie Dolce. I’ve been in the industry for almost exactly a year. I’m still new but I’ve already done a TON of stuff. ???? I’m here to tell you that if you don’t know how to take control in the bedroom, you’re missing out on a lot of fun… Not to mention a HUGE turn-on for a girl like me… But it’s not always easy to go all-out and just dominate her in the bedroom. Maybe you’re unsure of yourself… Or maybe you’ve never done it before… Maybe you don’t know what she wants or how she’ll respond to your aggression… Well, have no fear! 3 SEXY PORNSTARS REVEAL: ... 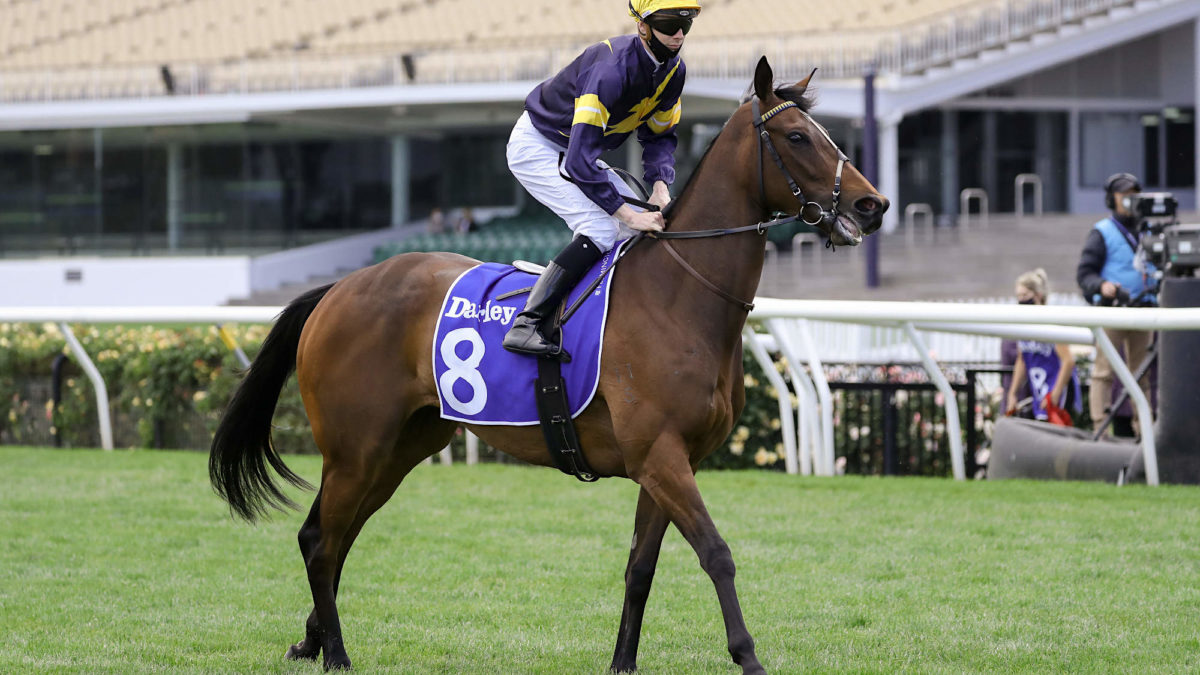 Derby Day at Flemington: Tips and previews for each race

Derby day at Flemington has traditionally been the race day that the purists look forward to more than any other. Four Group 1 races, a host of classy support fields, and each event looks tough and competitive. Often referred to as ‘favourite’s day’ due to so often the best horse just winning, nothing would surprise on Saturday. Six favourites could win, or none. There are top quality horses in each race, but there seems so much depth this year. Massive fields are the order of the day. Let’s take a look at each race. Race 1: Carbine Club Stakes – 1600m When Prix De Turn ran an eye-catching second to Extreme Flight on debut at Sandown last month, he immediately looked a Carbine Club horse, and did nothing but enhance... Former India seamer Zaheer Khan has cautioned India ahead of their second fixture in the ongoing T20 World Cup 2021 against New Zealand on Sunday, October 31. Zaheer heaped praises Black Caps’ fighting spirit in a low-scoring thriller against Pakistan on Tuesday. The former Mumbai pacer reckoned that despite New Zealand’s batting failure, their bowling unit put up a great show and didn’t allow Pakistan to win the contest easily. Notably, the Kiwis posted a below-par total of 134/8 in the first innings. In reply, the New Zealand bowling attack showed a great fight as Pakistan won the match in the penultimate over by five wickets. “One thing is sure is that New Zealand wants to win every match and have great enthusiasm. Yes, the Pakistan result didn’t... 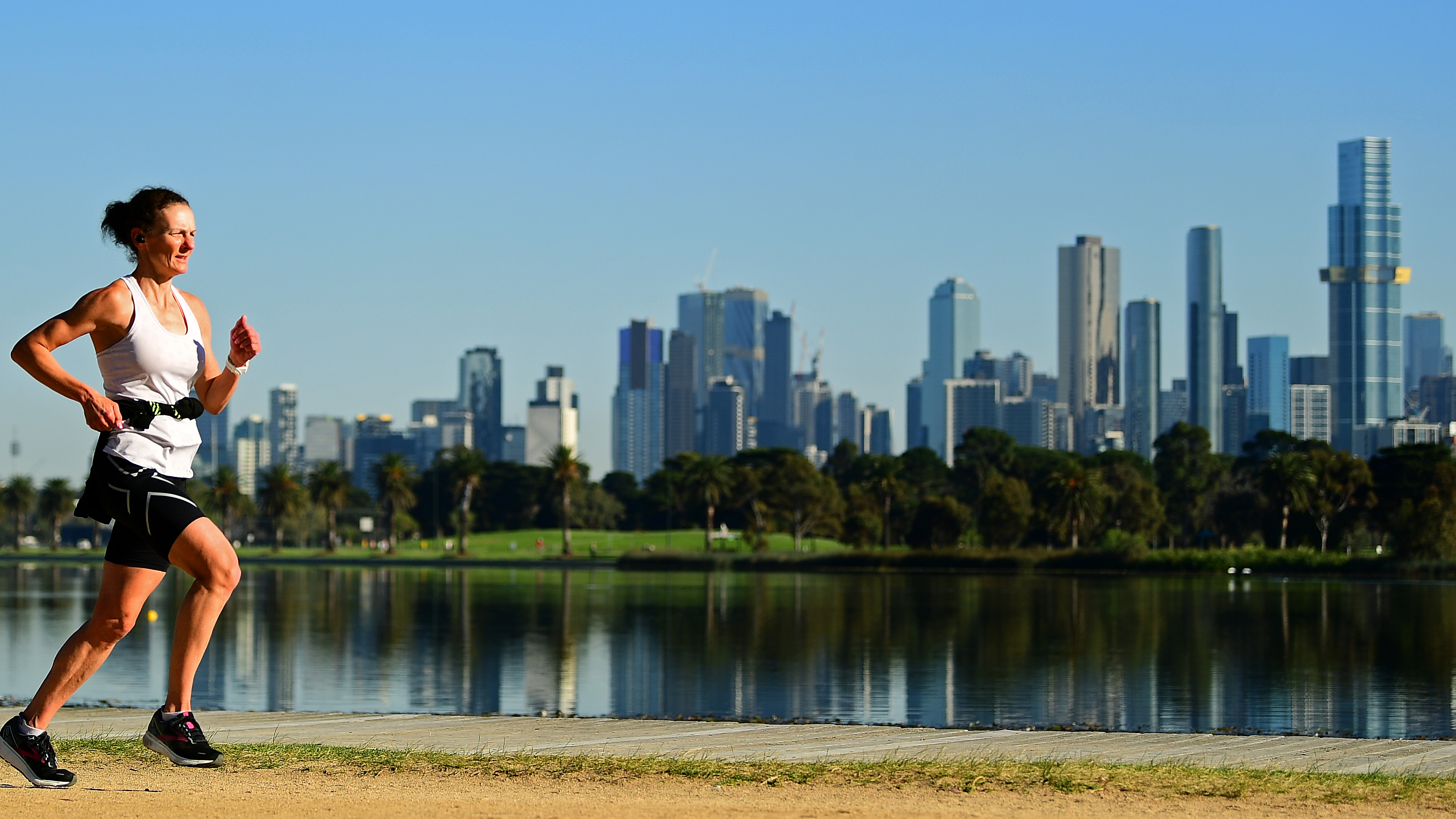 Cup holiday to be Melbourne's warmest day in seven months

It's looking like Victoria will get a "beautiful" sunny day for the Cup Day public holiday, with Melbourne expected to experience its warmest weather in seven months.Bureau of Meteorology's duty forecaster Miriam Bradbury says Tuesday is set to be "a very pleasant day" right across Victoria."It's looking like a beautiful day at this point," she said.READ MORE: In great news for Melburnians hoping to have a getaway for the first time in months, with the barrier between regional Victoria and metropolitan Melbourne set to lift on Friday, the sun is forecast to shine all day.Ms Bradbury said there was a chance of a little cloud in the late afternoon, but it would be higher level cloud that wouldn't impact the sun too much.Melbourne... 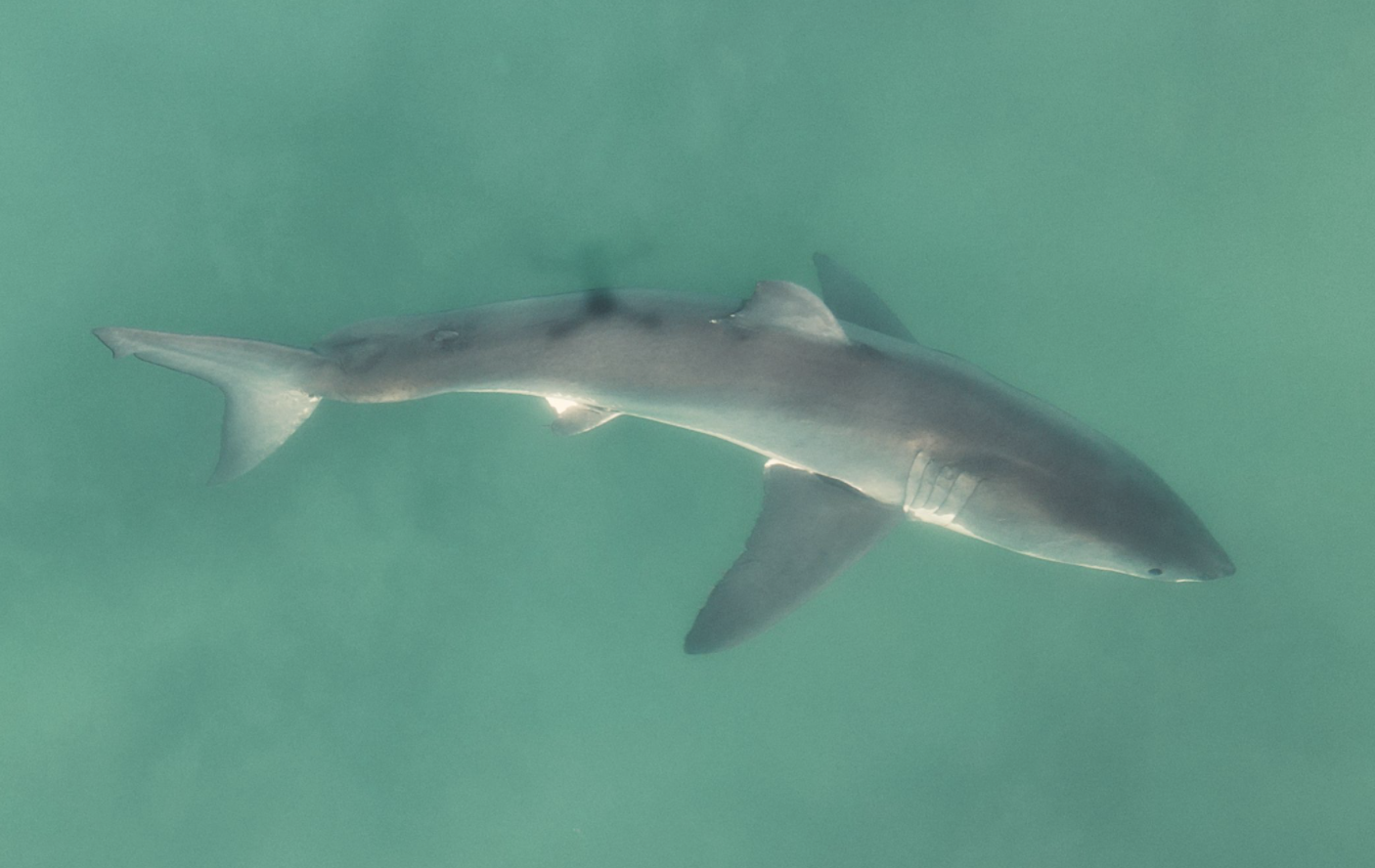 The real reason why great white sharks might bite humans

There have long been theories that when great white sharks bite humans, it is a case of mistaken identity.Now, new research simulating the way that a shark would view the world has shown that this may really be the case.Researchers from Sydney's Macquarie University found that swimming or paddle boarding humans bear a strong likeness to seals and sea lions in the eyes of juvenile white sharks.READ MORE: Great white sharks, along with bull sharks and tiger sharks, account for the most bites on humans, researchers said in a press release Wednesday.They are the world's largest predatory fish, according to the World Wildlife Fund (WWF), and are known to rip chunks out of their prey, which are swallowed whole.Incidents of sharks biting...