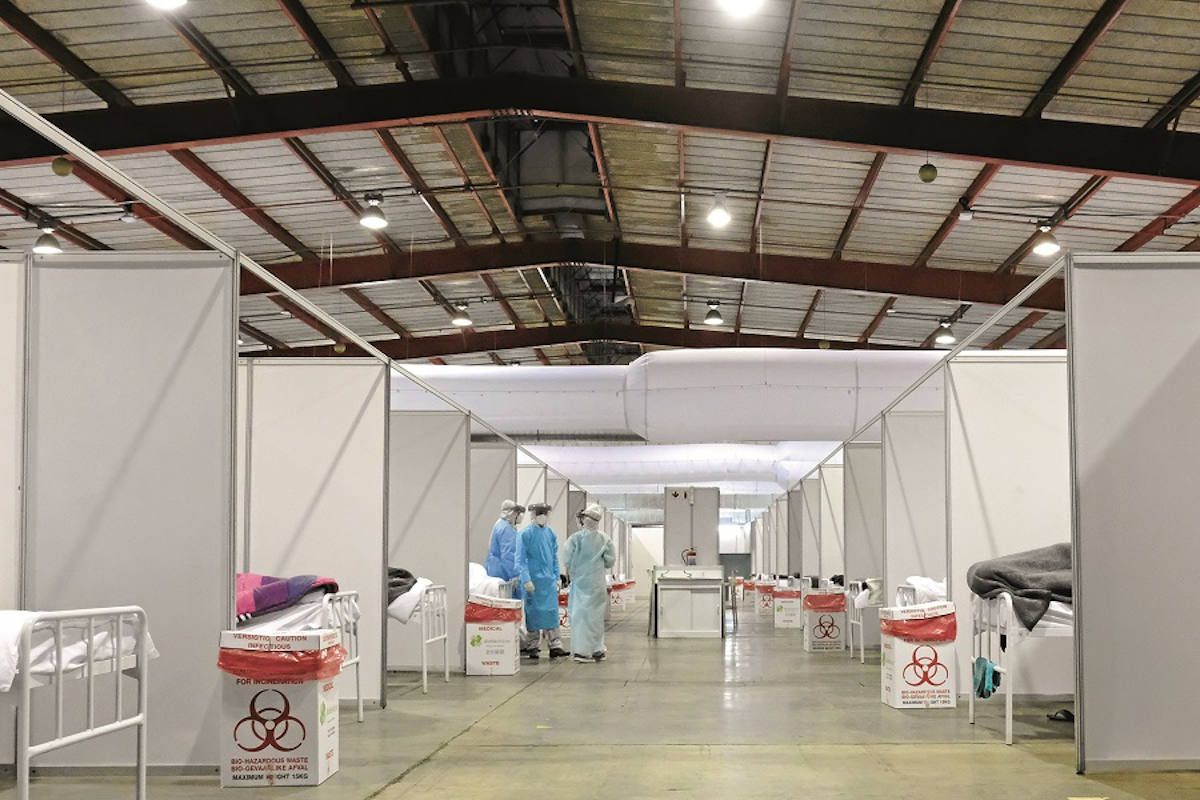 The Gauteng Health Department has paid 59 security companies R2.6 billion for contracts to guard public hospitals that were supposed to expire five years ago but have allegedly been irregularly extended every month.

This was revealed by Gauteng Health MEC Nomathemba Mokgethi in a written reply to questions posed by DA spokesperson on health, Jack Bloom, in the Gauteng Legislature recently.

According to Mokgethi, the original two-year contracts were meant to expire in September 2016. However, Mokgethi had not in the written reply that “due to the critical nature of the services, there was a need for extension of contracts, therefore the service rendered needs to be paid.”

Mokgethi said that in 2016 the department had advertised for new security contracts, but the tender was subsequently cancelled. Another tender was advertised on 11 September last year but “due to the high volume of the responses as well as the various phases of evaluation process, it is at the final stage.”

“This is extremely poor management of security tenders which appear to be grossly overpriced and should have been reviewed five years ago. One example is R3 million spent every month for security at the Charlotte Maxeke Johannesburg Hospital, which is ridiculously high and was unable to stop R30 million theft of copper pipes following the fire there in April this year,” Bloom said.

“Every year the Auditor-General is critical of huge irregular spending by the department, including about R600 million of hospital security contracts that have been extended on a month by month basis for five years,” he said.

“The department can save a lot of money by regular reviews of security contracts to ensure value for money and effectiveness. Far too much is spent wastefully when every penny is needed to provide decent health care for patients who suffer from services in our hospital and clinics.

It’s possible that a rather unpredictable vibe will descend,
thanks to very recent planetary shifts. The root-cause of this is
likely to be romantically based. The day could sparkle with
potential!

A perceptive vibe will move in today. The resulting tendency to be
a little blinkered could impinge on your relationships in general,
and especially on brand new romances. Don’t assume anything!

There may be a subtle shift in the way you approach one ongoing
matter. New information could certainly act like a very positive
spur. On the romance front though, you’re not likely to be in the
mood for subtlety!

Incoming information has the capacity to throw you off your track,
but in a nice way. Be on the lookout for minor news, since this
could have a subtle effect on one key area of your life!

It’s certainly a day where you may need to be a little more
romantic in the traditional sense, if you want to set a cozier
tone with someone special!

Any lingering concerns on the emotional front should be easier to
deal with, but only if you don’t flag them up and turn them into a
source of minor tension!

A new angle to an ongoing matter may develop, but in a way that
perhaps is a little vague for now. It may be a good idea to give
this matter a little more time and consideration!

Do listen to your inner voice when it comes to your relationships,
though. A minor but incorrect assumption on this front may need to
be addressed!

A gentle leap forward is more likely to relate to personal matters
than practical ones. By the same token, an unexpected discovery
before the evening could be connected to your relationships!

There is little to be gained from trying to be too original,
especially if you’re hoping to impress someone, since errors and
misunderstandings in romance will be all the more likely!

Don’t allow a slightly materialistic angle take over, especially
when it comes to emotional and romantic matters. A little
consideration on your part may go a long way!

While platonic relationships will be reasonably well-aspected,
don’t assume that romance will be effortless. Unusually for you
there’s a propensity to be a little clumsy in verbal exchanges!

“No ‘happy Freedom Day’ when people are starving” – Mandela...

In pictures: Diary of an African Monarch butterfly during...