German economy to grow by 3 percent despite coronavirus, Berlin reckons 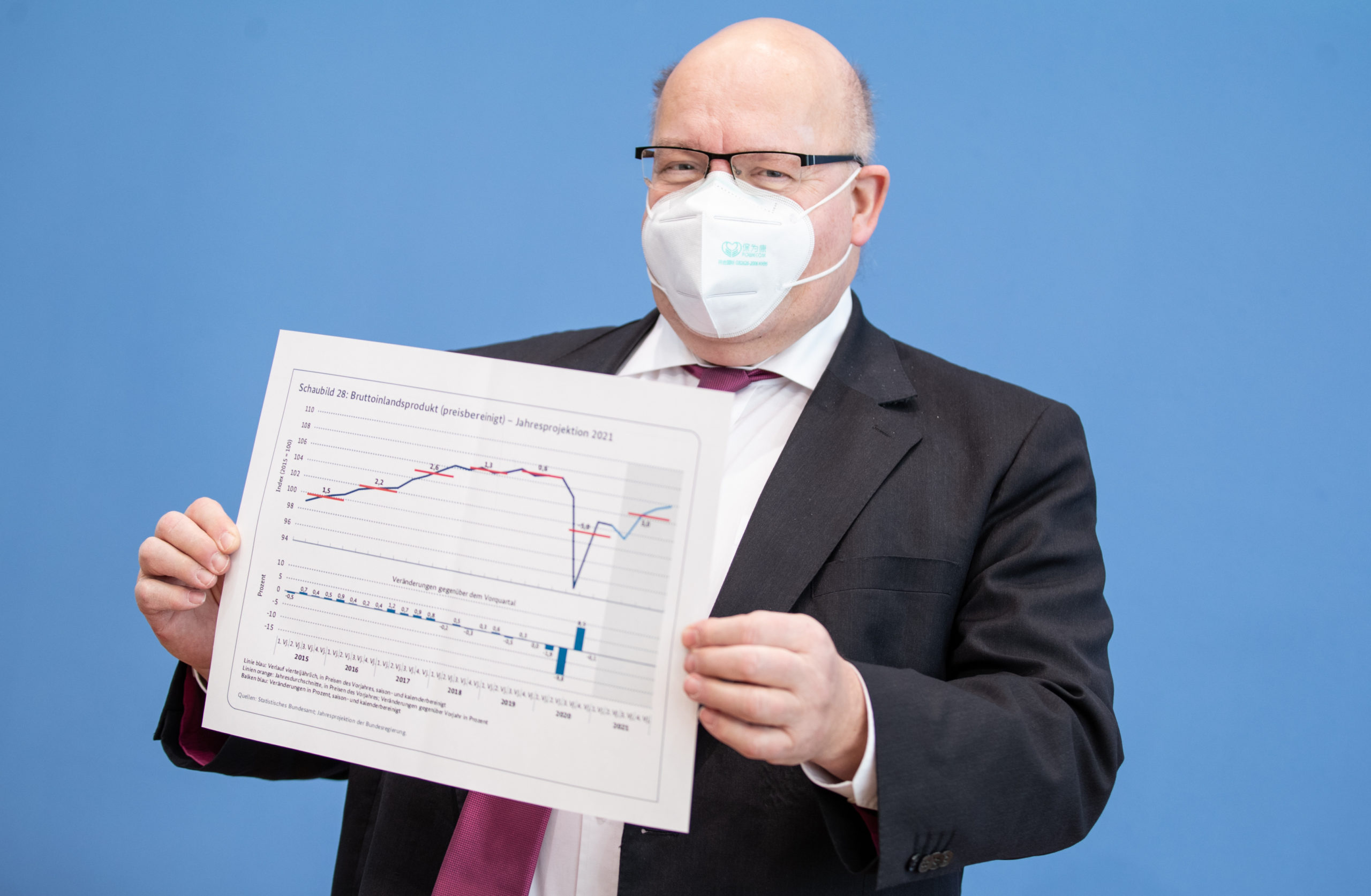 The German economy will likely grow 3 percent this year despite the impact of COVID-19, Economy Minister Peter Altmaier said Wednesday.

“The good news is that the upswing that has been observed since September and October 2020 will continue in 2021, albeit with less momentum than we had hoped,” Altmaier said while presenting the government’s Annual Economic Report, at a press conference in Berlin. “That means we have to do everything we can to sustain this upswing,” he added.

Altmaier said he expects “the economy to return to the level seen before the outbreak of the corona crisis by the second half of next year.” Industry, in particular, has been performing better than many had feared, he said.

Amid concern the cost of financial aid to businesses hit by the pandemic will entail a consolidation of public finances, Altmaier said he is “decisively of the opinion that tax increases are out of place in times of crisis.”

He expressed confidence that the government will have no problem avoiding tax increases while eventually returning to the so-called Schuldenbremse (“debt brake”) which is enshrined in the constitution but has been temporarily suspended due to COVID-19..

“There are opportunities in the Basic Law to apply exemptions, which is what we are doing this year, and so I assume that [Finance Minister Olaf Scholz] will tell us what his priorities are in this matter,” he said.

Altmaier called the new U.S. administration’s decision to rejoin the Paris Climate Agreement an “opportunity … for a European-American climate alliance.” He said “synergies” offered by digitalization and green technology are key to ensuring the pandemic slump is followed by sustained economic growth.

“It is important to me that we manage to enter a worldwide hydrogen economy and I’m convinced that German companies can play a role at the forefront of this process,” he said.

CORRECTION: This article has been amended to correct the translation of Schuldenbremse.

Africa eyes the world’s top trade job — but spars over...