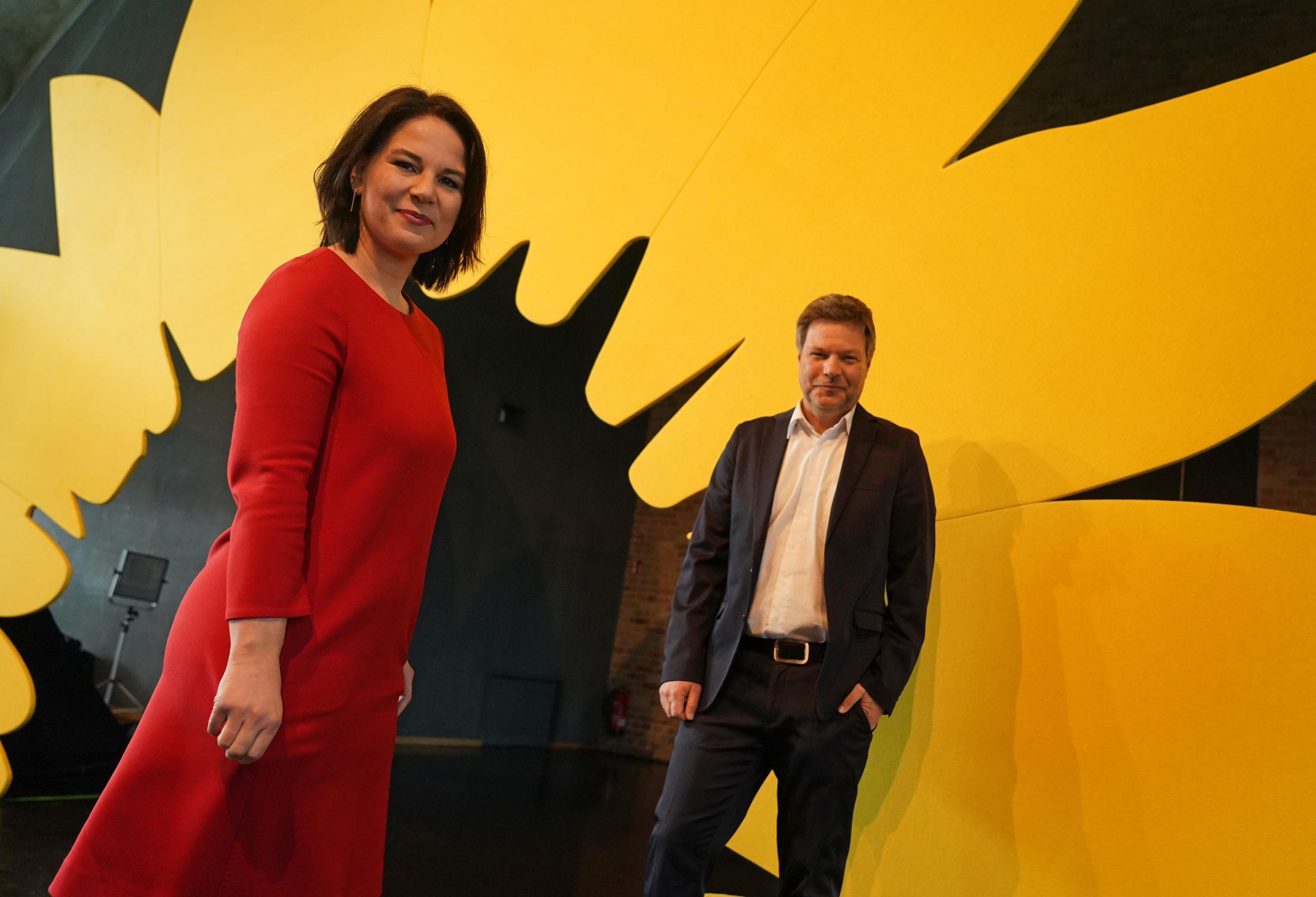 BERLIN — Germany’s Greens are finally the adults in the room.

While the country’s ruling center-right bloc remains enmeshed in a bitter, ego-fueled duel over who should be its candidate for chancellor (and likely heir to Angela Merkel’s crown), the Greens have presented a picture of sober reflection.

The party’s co-leaders — Annalena Baerbock, a 40-year-old former aide to an MEP from the east German state of Brandenburg, and Robert Habeck, a 51-year old children’s book author from the northern state of Schleswig-Holstein — said weeks ago they would deliberate over which half of their duo should run and disclose the choice on Monday. (The announcement is expected around 11 a.m. local time.)

Since then, there’s been neither drama, nor behind-the-scenes intrigue, nor even the hint of discord between them.

One reason for the party’s serene approach to its choice of chancellor candidate is that for many, the choice is clear: Baerbock. For a party that has long propagated women’s rights, a female candidate is a natural choice, all the more so when she is a political talent like Baerbock, who has risen from obscurity over the past three years to become a household name. She leads Habeck among Green voters in the polls, though he has a slight advantage among all voters.

“She is sufficiently confident and eloquent and is considered by most, if not all in the party, to be competent and industrious,” wrote a commentator for German daily Welt over the weekend — high praise from a newspaper known for its liberal-conservative views.

What has Germany’s traditional political establishment worried is that at a time when climate change tops many voters’ list of concerns, the Greens, which grew out of the ecological movement in the 1970s, have a natural advantage. Over the past decade, the party has largely shed the rebellious, anti-establishment image of its earlier years to become the political home of many urban elites.

Another zeitgeist issue that plays in the Greens’ favor is corruption. Germany’s conservative establishment has been rocked by a series of scandals in recent months involving lobbying and various forms of political intrigue. The Greens’ longstanding fight for more transparency in government has handed it another told-you-so moment that many expect will pay dividends come election day.

Baerbock, who studied international law in London before going into politics, represents the ideal of how many German elites want the country to be seen in the world: young, female and European.

Germany’s reality remains decidedly older and male-dominated, however — factors that could scupper the Greens’ chances of winning.

Neither Baerbock nor Habeck has much executive experience. Habeck spent several years as environment minister in Schleswig-Holstein, one of the country’s smallest states. Whether conservative Germany is ready to hand the keys to Europe’s largest economy to someone with almost no track record of governing is doubtful.

The party’s views on issues such as defense (it opposes increasing spending to 2 percent of GDP in line with NATO guidelines) and refugees (the party supports a liberal approach to asylum) look out of step with majority opinion.

That said, the conservatives, whether through their mismanagement of the pandemic response or their infighting, appear to be doing all they can to give the Greens a shot. Some recent polls put the Greens within 4 percentage points of the so-called Union, the bloc that includes Angela Merkel’s Christian Democrats and its Bavarian sister, the Christian Social Union. The Greens, which won less than 9 percent of the vote in 2017 but now regularly poll above 20 percent, have already supplanted the Social Democrats as Germany’s No. 2 party.

The environmental party has a long record of performing better in public opinion surveys than at the ballot box, however, and with the election five months away, a lot can still happen.

Even so, the focused, sober style embodied by Baerbock and Habeck is the main reason political observers say the party has succeeded in making itself indispensable.

In other words, no matter who finishes first in the election, it will be difficult to build a coalition without Green participation. For the moment, the most likely potential constellations are a coalition led by the conservatives or a three-way tie-up with the Social Democrats and the liberal Free Democrats.

The Greens have governed at the federal level before, as junior partner to the Social Democrats from 1998 to 2005 under the leadership of Joschka Fischer, a political firebrand who famously refused to join the U.S. war in Iraq.

The difference now is that the party is likely to be significantly stronger, giving it the power to shape Germany like never before, possibly even from the chancellory.

The Greens’ surging poll numbers have prompted both Baerbock and Habeck to express their readiness for Germany’s top job.

“I trust myself to do it,” Baerbock has said.

CORRECTION: This article has been amended to correct Annalena Baerbock’s former role at the European Parliament. She was an assistant to an MEP.