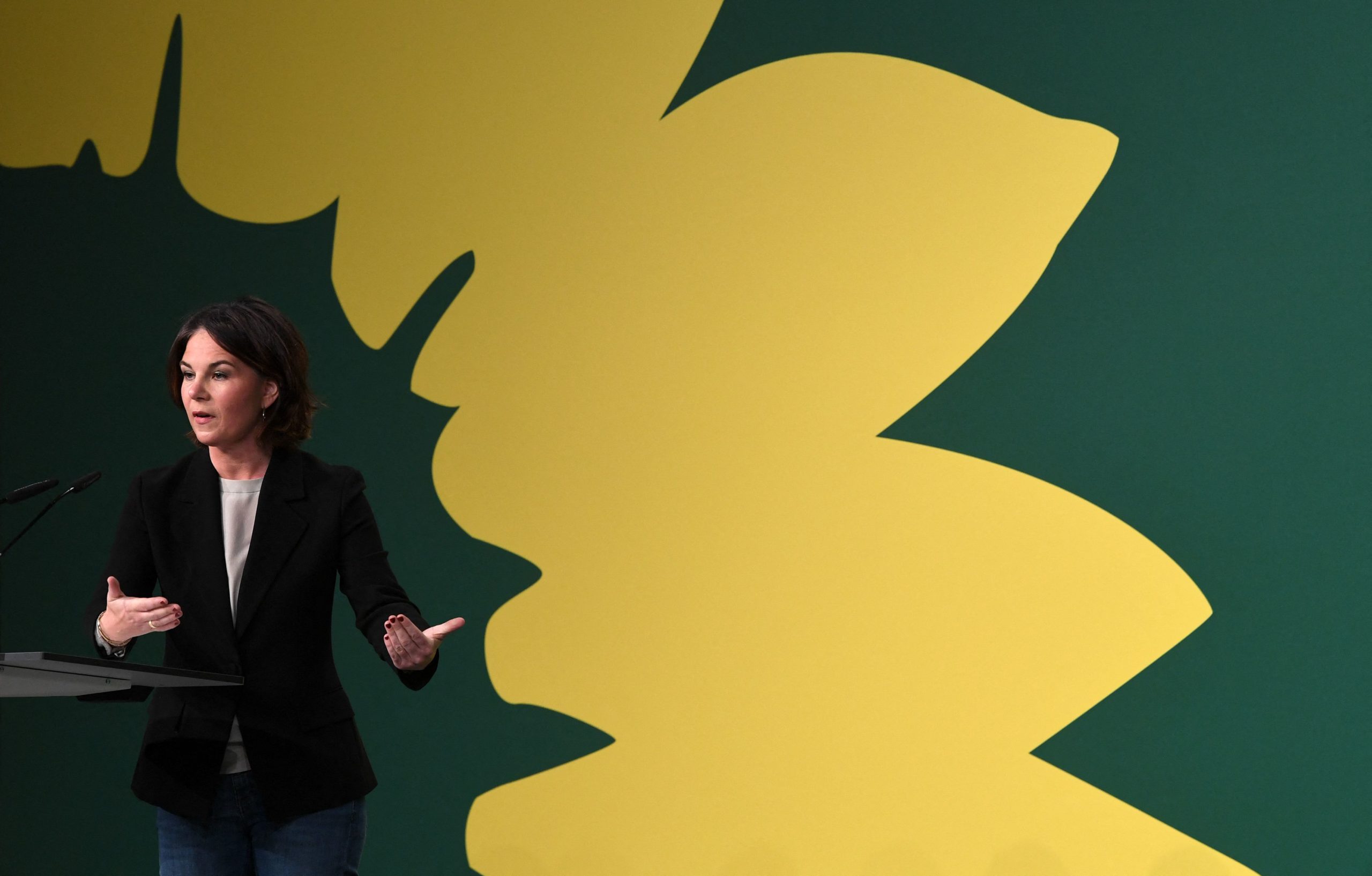 A vast majority of the German Greens’ party congress voted in favor of entering formal coalition talks with the center-left Social Democrats (SPD) and the liberal Free Democrats (FDP), putting Germany one step closer to launching a new government.

Only two delegates out of the 70 total voted Sunday against the negotiations, while one party member abstained.

“We have the chance to take on responsibility and play a decisive role in this government of progress. We are happy to face this responsibility,” the party tweeted shortly after the vote.

If the talks succeed, the three-way coalition would effectively mark the end of 16 years of a conservative-led government under Chancellor Angela Merkel, who had announced plans to retire from politics before September’s vote. That put the Social Democrats, which came first in the election, and their candidate for chancellor, Finance Minister Olaf Scholz, in pole position to lead the next government.

The SPD’s party leadership unanimously supported starting the coalition talks Friday, while the FDP’s leadership is set to vote on the negotiations on Monday.

Over the weekend, Green party co-leaders Annalena Baerbock and Robert Habeck urged members to vote in favor of the coalition talks, arguing that the paper negotiated between the three parties as a basis for the talks included commitments in favor of “future investments in climate protection, research and education, and digitization.”

The document, unveiled on Friday, includes a proposal to move Germany’s exit from coal from 2038 to 2030; measures to boost the expansion of renewable energy; and the creation of an “immediate climate protection program.”

Although some delegates at the Green party congress questioned if the exploratory paper did enough to address issues like immigration and poverty, Baerbock countered that the Greens would use the negotiations to ask for even greater concessions from their partners in the so-called “traffic light” coalition — named for the parties’ colors of red (SPD), yellow (FDP) and green (the Greens).

“If we want to change something, we need decisions that will support us in the next decade,” Baerbock said. “Our focus is on the big tasks of the future.” 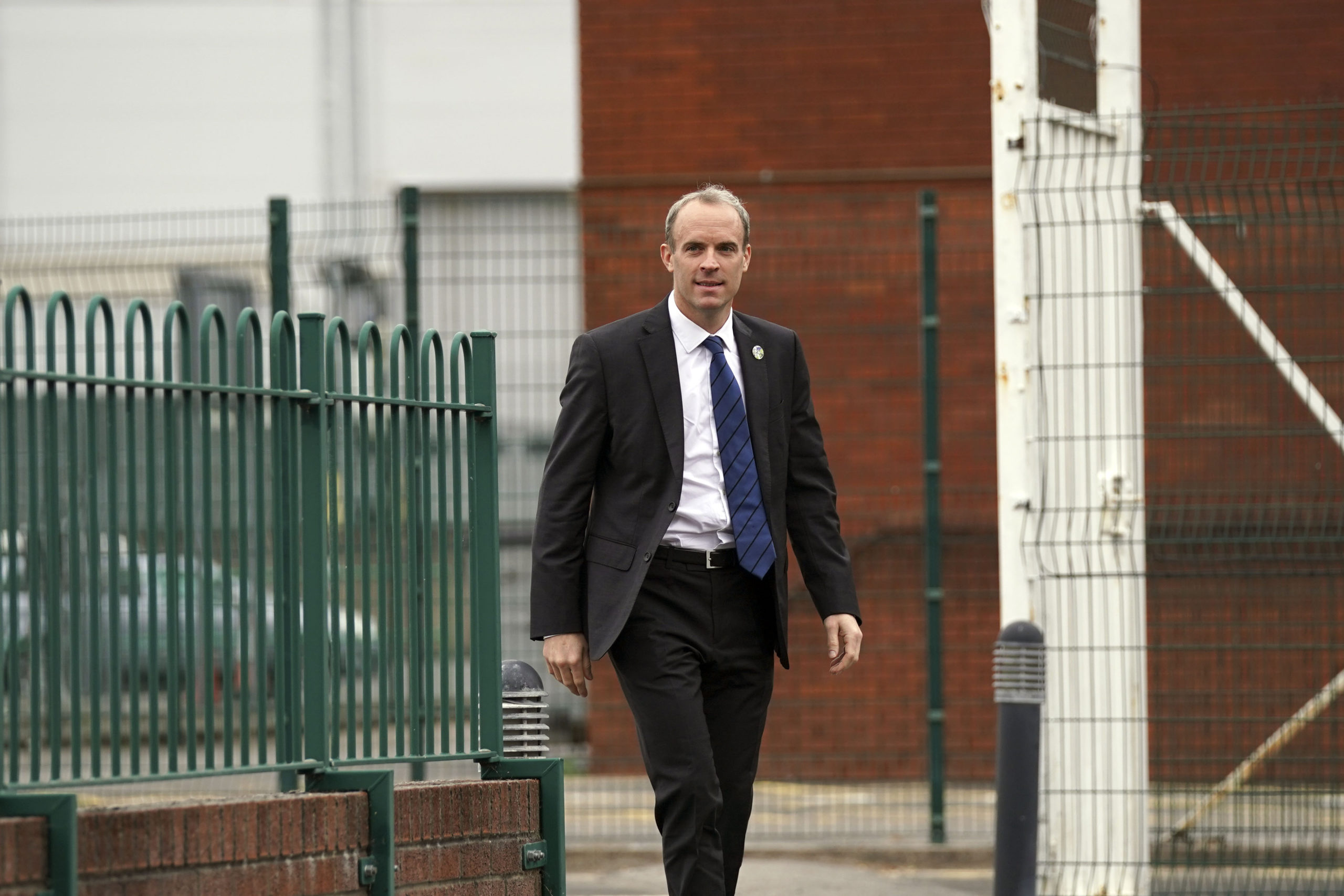 U.K. Justice Secretary Dominic Raab on Sunday said an upcoming overhaul of the U.K.’s Human Rights Act would include a “mechanism” to “correct” rulings by the European Court of Human Rights.

“We want the Supreme Court to have a last word on interpreting the laws of the land, not the Strasbourg court,” Raab told The Telegraph, adding that he would work to “protect and preserve the prerogatives of [the British] parliament from being whittled away by judicial legislation, abroad or indeed at home.”

Arguing that public services, such as the National Health Service, should be governed by “elected lawmakers” rather than “judicial legislation,” the minister questioned the legitimacy of the European court to issue judgements on domestic affairs in the U.K.

The minister also claimed that British troops serving overseas were being put “in harm’s way” out of fear of legal action under the European Convention on Human Rights.

“We’re identifying the problems and we’re making sure we fix them,” Raab said. “Where there have been judgments that, albeit properly and duly delivered by the courts, we think are wrong, the right thing is for Parliament to legislate to correct them.”

“Another Sunday, another Sunday Telegraph story demonstrating the fragile state of respect for the rule of law on the part of the UK Government,” Mark Elliott, Chair of the Faculty of Law at the University of Cambridge wrote on Twitter. “The Justice Secretary proposes to enable ministers to ‘correct’ court judgments that they consider ‘incorrect’. This raises profound constitutional concerns.”

The U.K. was among the first countries to ratify the European Convention of Human Rights in 1949 and has accepted the jurisdiction of the Stasbourg court since 1966.